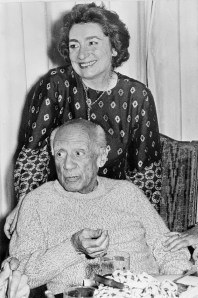 In Oslo, several damaged buildings that have Picasso murals could be torn down. [The Art Newspaper]

And Picasso’s portrait of Marie-Therese Walter is expected to rake in around $56 million at Sotheby’s Impressionist and modern sale in London. [Bloomberg]

Here’s a preview of the upcoming Sotheby’s Imp-Mod auction in London. [Bloomberg]

In case you missed it, the Los Angeles Times profiled Paul Schimmel this weekend. [LAT]

The Times article also directs readers to Google’s Ngram Viewer, which charts the history of usage of the word “curate.” [Ngram]

Adrian Searle on Oskar Fischinger, “the animation wizard who angered Walt Disney and the Nazis.” [The Guardian]