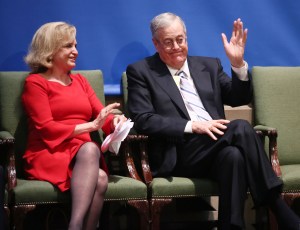 Here’s a profile of the artist Alexander Melamid, who has two shows in Chelsea just now. [WSJ]

Here’s a profile of Walid Raad, who has a show at the Louvre this month. [The Art Newspaper]

A Chinese vase sold for less than half the record $83 million it made two years ago. (That original winning bidder never paid up.) [Bloomberg]

In case you missed it, the 2013 Art Basel Hong Kong exhibitor list was released early this morning. [GalleristNY]

The Times reports on the 229 works that the Brooklyn Museum cannot sell and would rather not have anymore. [NYT]