Headline of the Day: “Who’s running for mayor? Depends who you ask.”

One candidate, Council Speaker Christine Quinn, has been active in recent days, winning the endorsement of an influential Queens pastor and the cover story on New York Magazine, which is worth a read. For what it’s worth, in the middle of the piece, current Mayor Michael Bloomberg responded to a question about gun control by gesturing “toward a woman in a very tight floor-length gown standing nearby and said, ‘Look at the ass on her.'”

And, as you’re probably aware, Public Advocate Bill de Blasio officially announced his own mayoral campaign yesterday. In their coverage of the event, the Daily News quickly noted his son’s “stupendous afro,” the New York Times said his “modest, homespun tableau stood in calculated contrast to the formality of an announcement at City Hall,” and the New York Post focused on his criticism of Mr. Bloomberg’s administration.

At the event, Mr. de Blasio earned the endorsement of Cynthia Nixon, who played Miranda on Sex and the City. “I think I will be more involved than any other campaign than I’ve ever been involved in because I think it will be such a tremendous thing for New York if he was our next mayor,” the actress explained, criticizing Ms. Quinn in particular over stalled paid sick day legislation.

On the Republican side of the aisle, DOE Fund founder George McDonald finally addressed rival Tom Allon‘s hat-eating challenge on PIX 11. Last year, Mr. Allon said if Mr. McDonald “raises more than $1 million by January, I’ll eat my hat in Macy’s window,” to which Mr. McDonald replied, “I look forward to selling tickets to Tom eating his fedora.” Well, it turns out Mr. McDonald fell short, and while blaming Hurricane Sandy, Mr. McDonald it’s still “up to him whether he’s going to eat his hat.”

While on Up Close With Diana Williams, another GOP’er, Joe Lhota, pushed back on the notion that his former boss, Mayor Rudy Giuliani, alienated communities. “I will go into every community and if people tell me that, I will disagree with them,” he declared. “Because people in those communities, lives were saved by the reduction in crime. More lives were saved in the City of New York during his term as mayor than in any other period in the city and it happened in every part of our inner cities. And by the way, Rudy Giuliani, every month did a town hall meeting in every communities in the city. And in tough communities in the city, a lot of whom didn’t agree with them. “ 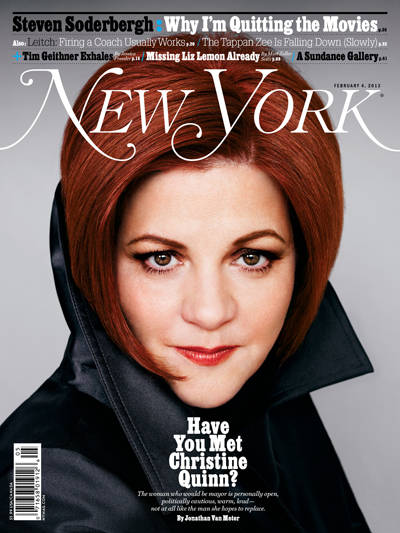