Seattle resident displaying a bag of marijuana shortly after a lew legalizing recreational use of the drug took effect in Washington State last month. (Photo: Getty)

While a growing number of states have been legalizing medical and even recreational use of marijuana, the popular plant remains illegal in New York. However, an upcoming pair of new medical marijuana bills in the Legislature and Governor Andrew Cuomo’s proposal to decriminalize possession of small amounts of the drug may signal the Empire State is on its way to looser marijuana regulations.

One of the initiatives Governor Andrew Cuomo outlined in his State of the State address last week was a policy to decriminalize the possession of 15 grams or less or marijuana in public view. Under current laws, possession of 25 grams or less of marijuana generally does not result in jail time as long as it is not openly displayed, but having even small amounts of the drug can result in an  arrest if it is exposed to the public. This “public view” distinction has drawn the ire of critics who argue that, particularly when combined with the NYPD’s controversial stop-and-frisk policy, it results in unneeded arrests when people are arrested for displaying marijuana after complying with police officers’ requests to reveal the contents of their pockets during searches. Governor Cuomo echoed this argument when he made his case for decriminalization during the State of the State.

“There is a challenge posed by the ‘stop-and-frisk’ police policies. Roughly 50,000 arrests in New York City for marijuana possession, more than any other possession. Of those 50,000 arrests, 82 percent are black and Hispanic. Of the 82 percent that are black and Hispanic, 69 percent are under the age of 30 years old. These are young, predominately black and Hispanic males,” the governor said. “These arrests stigmatize, they criminalize, they create a permanent record. It’s not fair. It’s not right. It must end. And it must end now. The problem is the disconnect because marijuana on a person is a violation, marijuana in public view is a misdemeanor. There must be parity. Decriminalize the public view with 15 grams or less so there is fairness and parity in the system and we stop stigmatizing these people, making it harder to find a job, making it harder to get into to school, making it harder to turn their lives around at a very young age.”

This isn’t the first time Governor Cuomo has made a marijuana decriminalization proposal. Last summer, the governor supported a plan to decriminalize possession of up to 25 grams in the public view, though the measure was supported by the Democratic majority in the Assembly it was blocked by the G.O.P.-controlled Senate.

“Being able to walk around with 10 joints in each ear and it only being a violation, that is wrong,” former Republican Senate Majority Leader Dean Skelos infamously quipped.

Though the senate Republicans opposed decriminalization of 25 grams or less, Mr. Skelos said he would be open to a reduced version of the proposal that would only apply to those who openly possessed marijuana as a result of a police stop. After the governor scaled back his proposal to 15 grams, Politicker reached out to Mr. Skelos’ office to see if this compromise would be sufficient. As of this writing, he has not responded to multiple requests for comment on the issue.

Whether or not the Legislature backs the governor’s possession decriminalization push, there are lawmakers pushing to change the state’s laws regarding medical use of marijuana. Last year, when Governor Cuomo made his initial decriminalization proposal, the Republican majority ruled over the State Senate. Now, leadership is shared between the G.O.P. and the Independent Democratic Conference. Senator Diane Savino, one of the members of the I.D.C., told Politicker she isn’t sure where the Senate Republicans stand on the governor’s new, scaled down  decriminalization proposal, but she said she is currently drafting a medical marijuana bill.

“He’s going to have to sell that,” Ms. Savino said of Governor Cuomo’s proposal. “It’s not what I’m focused on, I’m focused on medical marijuana.”

Despite the governor’s backing of the marijuana decriminalization proposal and the support from lawmakers and top lobbyists, it is unclear whether Governor Cuomo is behind the medical marijuana bills. Ms. Savino said she hopes to be able to get his backing.

“The governor’s been cautious in his comments,” she explained. “He’s not there yet. It’s not an issue that he’s focused on and I’m sure he has a lot of questions.”

Politicker reached out to the governor’s office to see whether he supported the proposed medical marijuana legislation. As of this writing, they have not responded to multiple requests for comment. 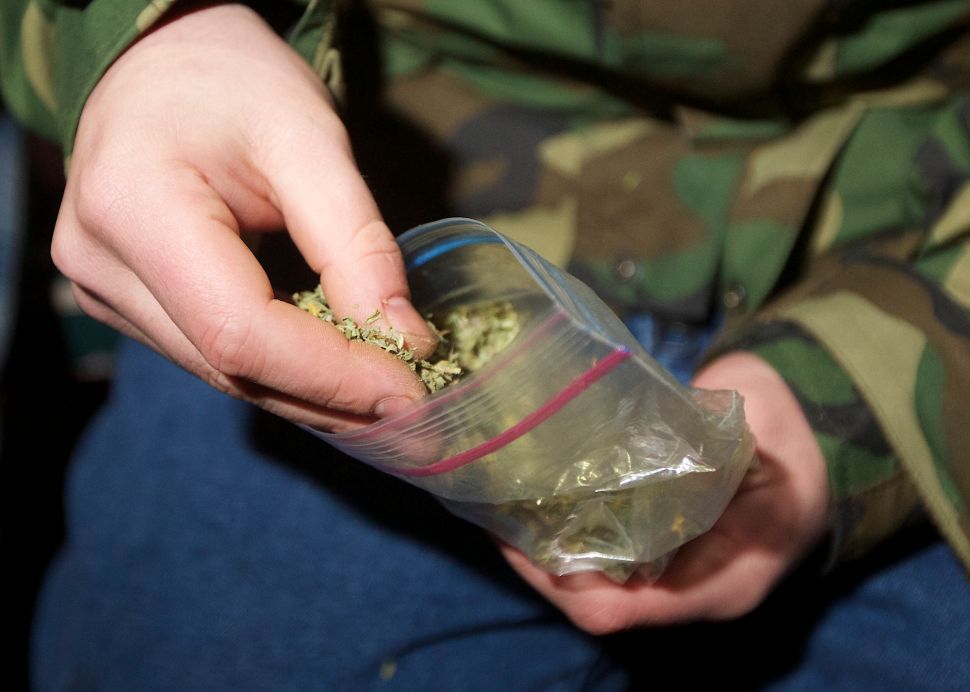