South Jersey Democratic power broker George Norcross today weighed in on his party’s search for a gubernatorial candidate, saying the party should rally around state Sen. Barbara Buono and questioning whether Sen. Dick Codey has the guts to run.

In an interview, Norcross expressed frustration with the party, saying Democrats are in disarray because of a lack of leadership.  Buono, he said, is a “high quality candidate, and in the absence of anyone else, the party ought to rally around her and move forward.”

Buono, he said, stood up and got in the race while the rest of the field continues to ponder.

“I applaud her for that,” he said.

But Norcross, known for his acerbic manner, had some choice words for Codey, even as Codey continues to mull a bid for governor.

“I’ve never had any confidence in Dick Codey’s courage and I don’t expect that to change,” Norcross said.  “I think he likes to have people say ‘run Dick run’ and I think at the end of this period we will look back and say ‘this looks like the Brett Favre, Green Bay Packers fiasco that played out over four cycles and the party will be in a position where we don’t have a standard bearer and aren’t in a position to compete in the election this year.”

Norcross compared Codey to the cowardly lion in the Wizard of Oz and said his gubernatorial aspirations amount to nothing more than a “theatrical presentation.”

Reached for comment, Codey said Norcross’s comments don’t bother him in the least.

“I had the guts to take him on and I’ve been doing it since 1993,” Codey said in response.  “He’s done a good job of trying to wreck this party so he can run everything in concert with the governor.  As he said very famously, no matter who runs, I win.  That’s the attitude we have to change.”

There has been bad blood between Codey and Norcross for years, but recently it seemed the two factions of the party may have mended fences when Senate President Steve Sweeney, a Norcross ally, sat down with Codey to discuss a gubernatorial run.  Sweeney has also said he is considering a run and is gauging the interest of other potential candidates throughout the state.

Codey has said he is seeking funds for the potential run and said yesterday he has set a goal of $45 million to challenge Gov. Chris Christie.

Buono declared her candidacy in December and has watched as other potential candidates including Codey and Sweeney have played coy over their intentions. 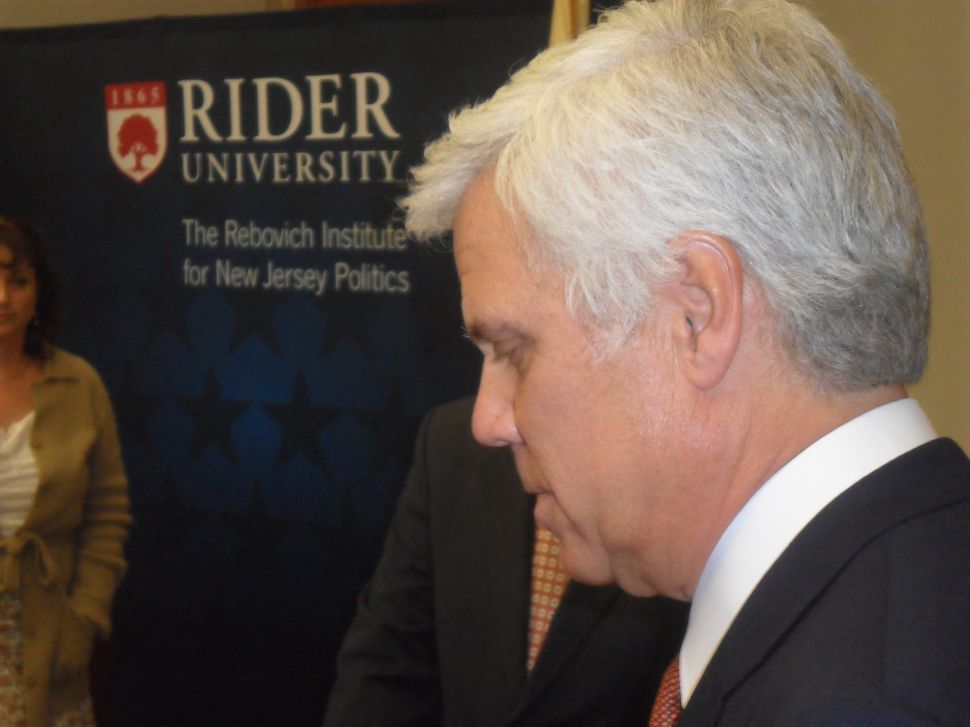