Ocean County Democrats this morning declared their support of Sen. Barbara Buono (D-18) for Governor at their County Committee meeting and Celebration Breakfast in Toms River.

“As a former Budget chair, Barbara Buono has the experience to turn New Jersey’s economy around, while protecting investments we need in education and infrastructure. New Jersey, it’s time to fix the New Jersey economy and rebuild,” said County Chairman Wyatt Earp. “We have the opportunity to elect the first Democratic woman governor in the history of New Jersey. We here in Ocean County look forward to working hard for her, not just now, but also going forward.

“Governor Christie has been a disaster for New Jersey, plain and simple,” Buono said. “Under his watch, New Jersey has the highest property taxes in the nation and the fourth worst unemployment rate. That’s failure.” 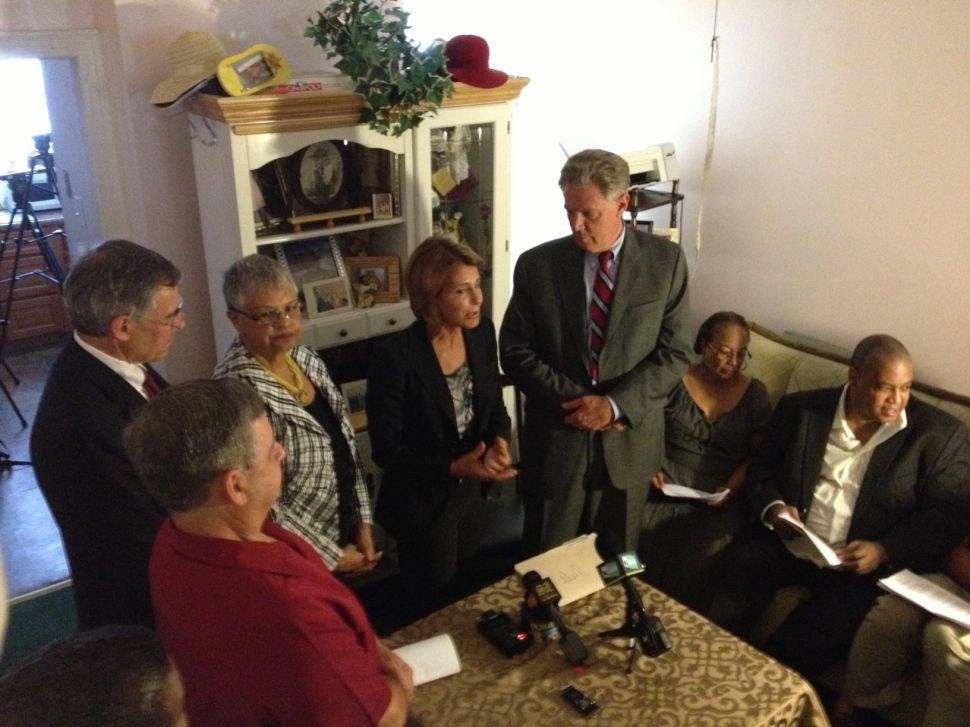