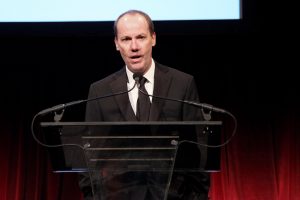 Yesterday, the Academy announced its nominations for the Oscars. Exciting news for the world of pop culture, less so perhaps for the art world, which is generally more curious about shows of a different kind—those that will be opening in Los Angeles’s galleries on Oscars weekend.

The most-talked-about exhibition tends to be at Gagosian Gallery, in Beverly Hills. Back in 2008, when Julian Schnabel was on the menu, John Waters characterized the event to The Observer as “Hollywood’s chance to wear black and look at art and pretend they’re New Yorkers,” and the opening dinner tends to be a star-studded affair. (And there’s even been a kind of synergy with Hollywood: in 2011, Oscars co-host James Franco showed work at Gagosian.) The Observer has learned what’s on offer this year, and it promises not to disappoint: up this time is new work (including new paintings) by Richard Prince, one of Gagosian’s star artists. Mr. Prince’s last solo exhibition at Gagosian’s Beverly Hills space, in 2005, also in the Oscars slot, was his first with the gallery. Like other of Gagosian’s Oscars-timed exhibitions (think Andreas Gursky in 2010), it augured his joining the Gagosian stable, which he did in 2008. That show was also of major new paintings, in that case his “check paintings,” so called because he had pasted canceled checks onto the canvas.

But Mr. Prince, whose show opens on Feb. 21, won’t be the only game in town. On the following evening, in nearby West Hollywood, Ohwow gallery is debuting new pieces by young artist Nick van Woert in his first solo show with the gallery, called “No Man’s Land.” On the 23rd, Prism Gallery opens a show of Mario Testino—he’s been called “fashion’s favorite photographer,” which should ensure a glitzy crowd—and, on that same night, Regen Projects opens an exhibition of a very different photographer, Catherine Opie, who was in the news over the summer as one of the artists to depart the board of the Los Angeles Museum of Contemporary Art, over curator Paul Schimmel’s departure. Also exhibiting photography is Perry Rubenstein, with a show of Iwan Baan. Meanwhile, L.A.-based artist Henry Taylor, who had a large one-person show at MoMA PS1 last year, will present work at Blum & Poe.

And that’s just a sampling of L.A.’s rich art offerings that week. Sure, as Mr. Waters put it, Angelenos may take art as an opportunity to make like they’re New Yorkers. But as things continue to heat up on the city’s art scene, New Yorkers might want to book their tickets for Los Angeles.