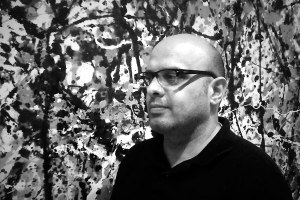 Bashir Makhoul and Aissa Deebi will represent Palestine at this year’s Venice Biennale, according to Al Hoash, a Jerusalem-based nonprofit that promotes Palestinian art. Both Mr. Makhoul and Mr. Deebi are multimedia artists who work primarily with photography, often to address Palestinian politics as well as themes of diaspora and exile. Their project, “Otherwise Occupied,” will focus on their homeland’s geopolitical identity. Mr. Makhoul is currently the head of the Winchester School of Art, part of the University of Southhampton in England, and has exhibited his work at Elga Wimmer Gallery in Manhattan, as has Mr. Deebi. Mr. Deebi is a founding member of ArteEast, a Brooklyn-based organization that supports Middle Eastern art and culture. Bruce Ferguson and Rawan Sharaf will act as curators for the project. This is Palestine’s third year participating in the Venice Biennale.

Here is some more information about “Otherwise Occupied” from the organization’s description:

“It is vital that the idea of Palestine is not defined by the occupation and the title ‘Otherwise Occupied’ describes other ways of imagining the nation outside and beyond the conflict… These artists are engaged in new ways of thinking or imagining the nation. Both have immigrated and became citizens of other states and are operating in the new realms of a globalized art-world while they still think of themselves as Palestinian but from the position of a kind of perpetual otherwise-ness.

Using the technologies of GPS and other forms of IT often used for mapping and spatial definition to direct viewers to this otherwise occupied space, the exhibition turns the tables on the technologies of surveillance and control into vehicles of art and thought. The entire installation renders the scopic regimes used for defense, containment or occupation of geophysical terrain as navigational tools in a site specific and conceptual manner to provide a set of strategies and tactics that address the rules of art, exhibition and politics.”

Update, Jan. 21: The Palestine exhibition is a collateral event of the Venice Biennale, not a national participation, and is pending official approval. National participations are managed directly by each country’s ministry of culture, whereas collateral events are proposed by international organizations and institutions and require approval from the Biennale Board of Directors.