Team Healy worked to get Quigley on the ticket but the assemblywoman didn’t want to run this year.

Instead, she offered her support via a letter to the mayor, who’s in a donnybrook with declared candidate Downtown Councilman Steve Fulop.

Below is the entirety of Quigley’s letter.

This letter is to make it official that I am endorsing and supporting you for re-election as mayor of Jersey City.

Having known you and your family since Maureen and I worked together at St. Francis Hospital two decades ago, I am aware of your commitment to making Jersey City a better place to live, work, study and run a business.  I know your vision and your diligence in getting the job done; and I’ve seen your ability to listen with compassion and demonstrate firm leadership.  You act maturely and responsibly and as flexibly as conditions demand.  I admire your easy-going style and your humility. I like the way you treat people with dignity and respect, and I believe that attitude is essential in a civic leader.

There are more practical reasons to support you, as well.  I agree with you that a mayor has no higher duty than to assure the safety of citizens.  Under your stewardship violent crime rates and property crime rates have dropped consistently.  National reports show violent crimes in Jersey City now are almost half what they were in 2005, and in 2012 homicides dropped 28% to an historic low.  There are many reasons for this achievement and among them is your success in coping with cuts to state aid without laying off a single police officer.

Economically the city is better off than it’s been in years and it’s far better than anyone would have predicted when you took office.  Moody’s Investors Service has just upgraded the city’s outlook from negative to positive giving bonds an A-2 rating, citing improvements made “through successful efforts to raise additional recurring revenues while reducing ongoing personnel-related expenditure.”

I’m grateful those additional recurring revenues aren’t coming from city taxpayers like me and my neighbors.  We have seen property tax increases far below those of other New Jersey cities and towns.  New businesses are opening up at the rate of two a week bringing more revenues and more jobs into our city.  Many are small mom-and-pop operations in our neighborhoods, while others are first-class hotels and mega-corporations on our waterfront.  In fact, I know Jersey City has been called the “economic engine of the state” because of your ability to attract and retain business here.

The average value of homes and condos almost tripled during your terms in office because of new, popular housing developments and the initiatives of store proprietors and individual homeowners to improve their properties — a sure sign of confidence in the future of their hometown. The green initiatives you have championed, the cultural activities you have sponsored, and the youth programs you support have all contributed to the greatly improved quality of life here in Jersey City.

Your record of success as mayor is not only unmatched, it is truly appreciated.  Quite frankly, I can’t understand why you would want to continue to serve in the extremely difficult job of mayor, but I am glad you do.  And I am proud to support you. 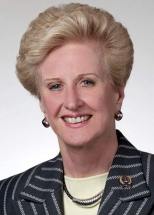