The FBI Tuesday raided the West Palm Beach office of the doctor who allegedly provided free flights to the Dominican Republic and underage prostitutes while there for U.S. Sen. Bob Menendez, the Miami Herald is reporting.

The agents reportedly hit the office of eye Dr. Salomon Melgen late last night and began taking away boxes of evidence in several vans. According to the Herald, the investigation is believed to be focused on Melgen’s finances and the alleged contact with underage prostitutes.

Menendez has vociferously denied the allegation, which appeared in the conservative Daily Caller in November and again last week.

Melgen, who has donated heavily to Menendez, has an outstanding federal tax lien of $11.1 million for taxes owed between 2006 to 2009, according to the Herald report. The IRS released a previous lien of $6.2 million in 2011, the Herald reported.

The Daily Caller story reported that the FBI had opened an investigation into the alleged trips, relying on emails between a purported FBI Agent and an informant.  But despite repeated attempts by the FBI as well as at least two news outlets, the informant would never agree to meet or even talk on the phone to share information.

The email trail seemed to have stopped in December when the agent tried and failed again to set up a meeting.  The FBI was reportedly mum on whether any investigation was in the works and the agent who allegedly sent the emails could not be reached by news outlets attempting to verify the story.

A spokesman for Menendez did not return a call for comment. 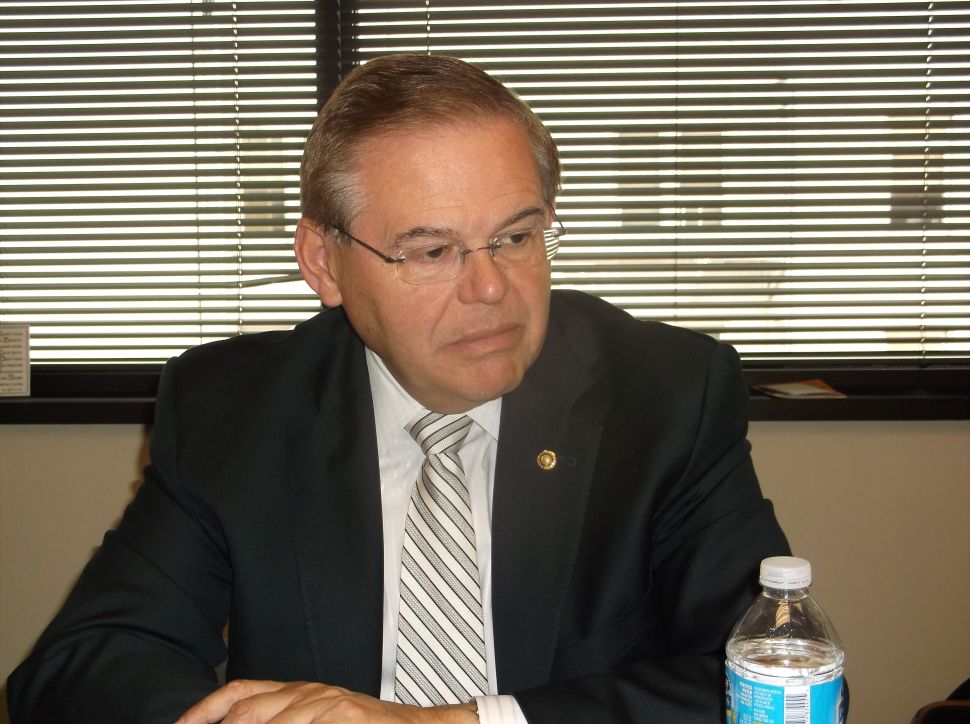