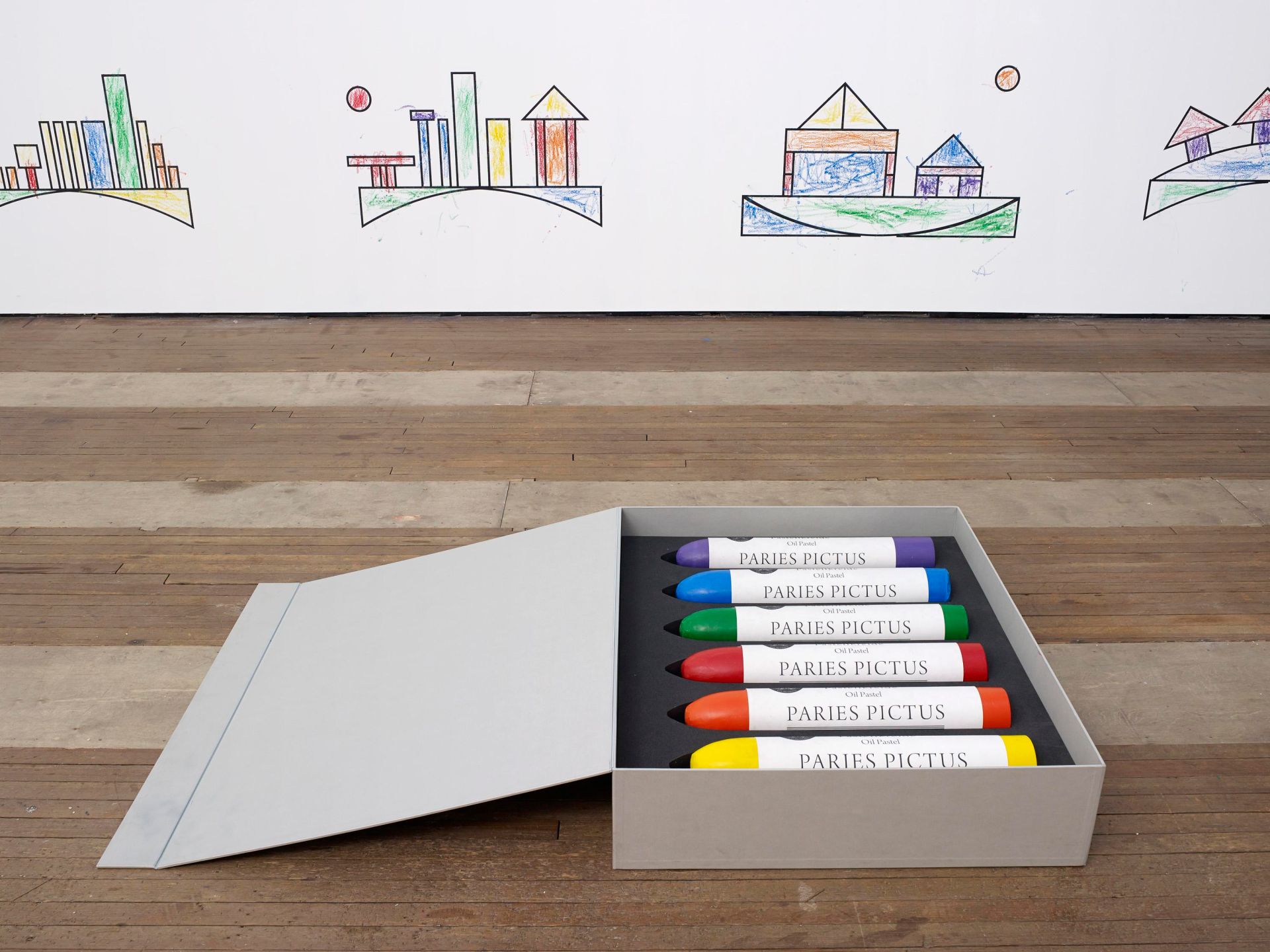 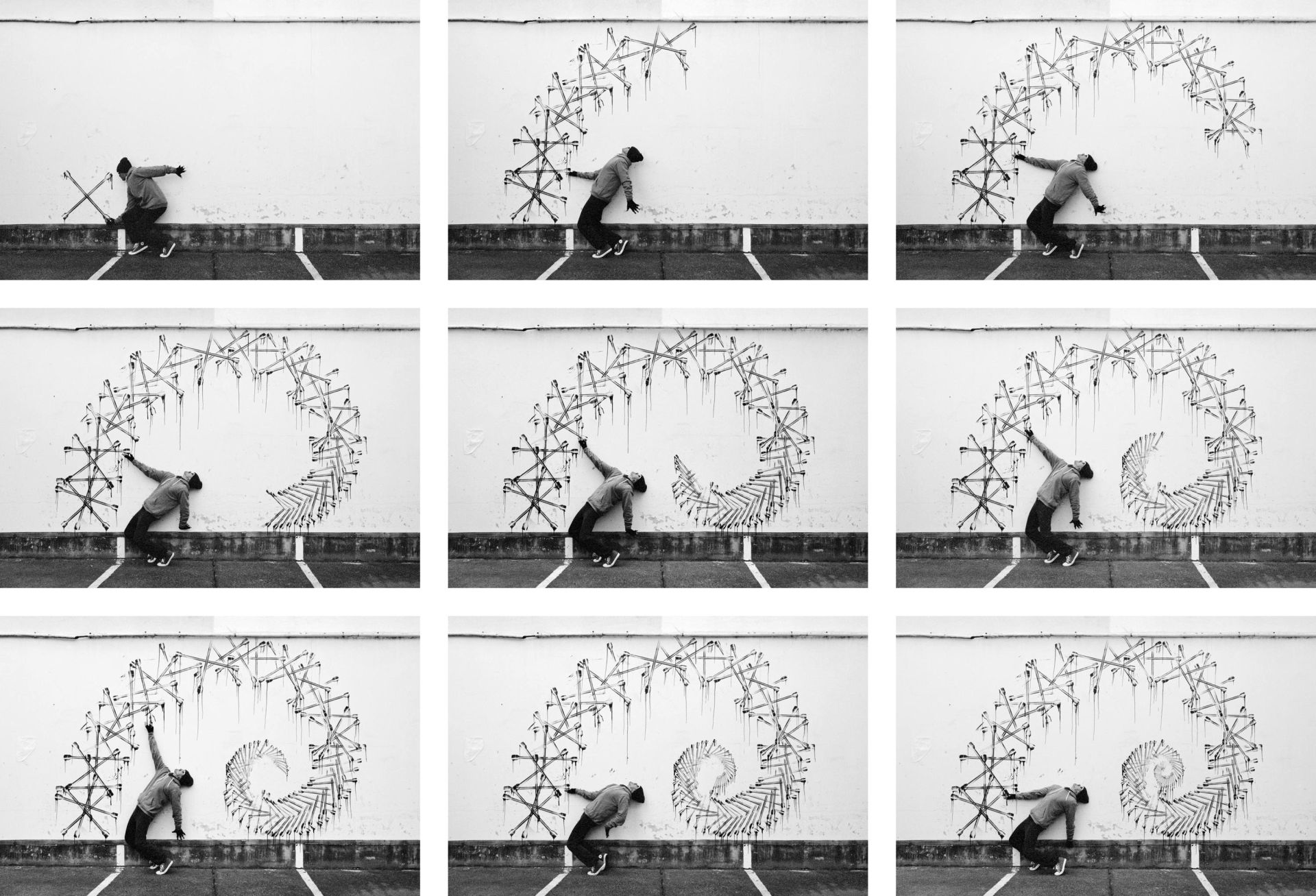 Courtesy the artist and Lehmann Maupin 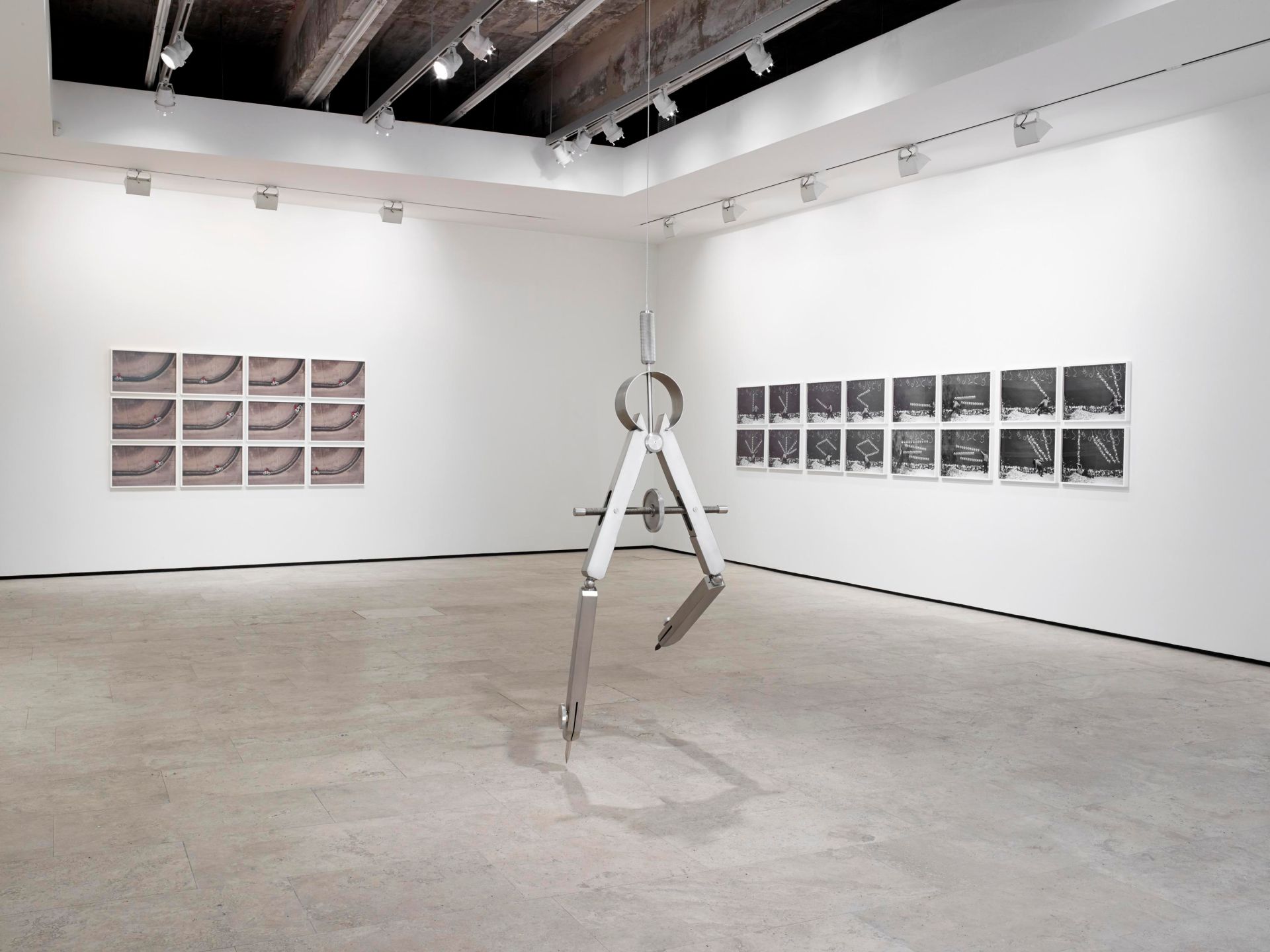 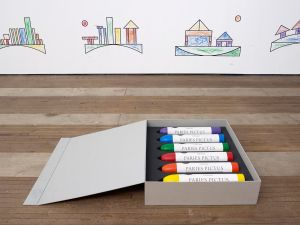 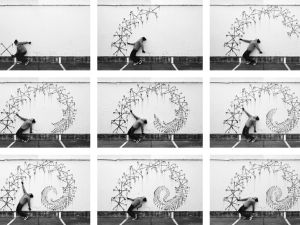 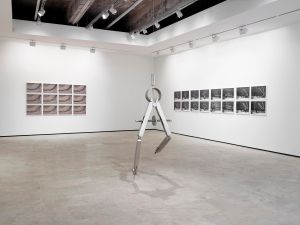 South African-born, Berlin-based artist Robin Rhode crouches at the end of a parking space against a hard white wall. (They’re harder outside than in the gallery.) He holds his right hand at the top edge of the low black curb, next to a stenciled painting of a cross-shaped spider wrench. Or rather, since Mr. Rhode practices art as graffiti as performance as activism, using staged photos of himself or an actor in zoetrope-meets-comic-strip sequences at once facile and open-ended, satisfying and subversive, which reveal the mechanisms of reading and misreading by slowing them down, and which link art and politics without subordinating either to the other, it might be more accurate to say that he paints the wrench next to his hand. In the next panel, he’s up and leaning back to watch as the painted spanner spins up in the air and over his head; in the next seven panels, it spins back and in again, more quickly, and shrinks to form, by the end, an infinitely inwinding spiral. In the last panel, Mr. Rhode—knees bent, arms splayed—looks as if he’s been shot. This is A Spanner in the Works of Infinity. Other sequences find Mr. Rhode falling to his back under eight giant feathers in a fan (Twilight), following the arc of a bird’s flight over six strands of barbed wire in black Chucks and orange backpack (Bird on Wires), or using a giant Afro pick to tease out what would otherwise look like a circular pattern of abstract squiggles (Blackness Blooms).

For the second part of his first New York show in more than five years, and his first at Lehmann Maupin, the artist used specially fabricated oversize oil pencils and the help of several dozen children from P.S. 63 in the South Bronx to color in black vinyl outlines of simple geometric patterns affixed, at child height, to the walls of the gallery’s Chrystie Street location. You really had to be there. (Through Feb. 23, 2013, at West 26th Street; through March 16, 2013, at Chrystie Street)