An appellate court judge ruled that Schneider’s opponent, Brian Unger, and his campaign staff did not defame the Long Branch mayor when he circulated fliers saying Schneider had received a bribe from infamous government informant Solomon Dwek.

“The trial court granted defendants summary judgment on the basis that plaintiff had not made a sufficient showing that defendants had acted with ‘actual malice,’ a necessary element of a defamation case where, as here, the plaintiff is a public official. We affirm that determination.”

The fliers stemmed from testimony from Dwek in which he claimed he had given bribes to Schneider in exchange for the promise of an approval for a development project.

“I said, I have no problem giving you the $10,000 to help you out, but I have an application coming up for something in Long Branch on Ocean Avenue or Ocean Boulevard, make sure you take care of me with that application,” Dwek testified. “They gave me their assurances, and I gave the money to my partner Barry Kantrowitz, and he passed the money along to Mayor Schneider.”

During the campaign, Unger and defendants Pat Politano, John Evans and Peter DeLisa distributed four fliers accusing Schneider, who was not arrested as part of a massive corruption sting, of taking bribes.

For his part, Schneider distributed his own series of fliers accusing Unger of lying about several issues including making an inappropriate comment to a woman.

Schneider filed his defamation suit 10 days after the election.  A judge initially ruled against Schneider, saying he is a public official so must prove the defendants knew the statements were wrong or acted with reckless disregard for the truth.

In his appeal, Schneider alleged that only a jury could decide if Unger and company acted with reckless disregard. 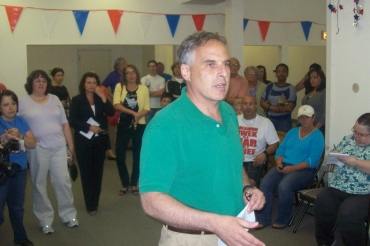