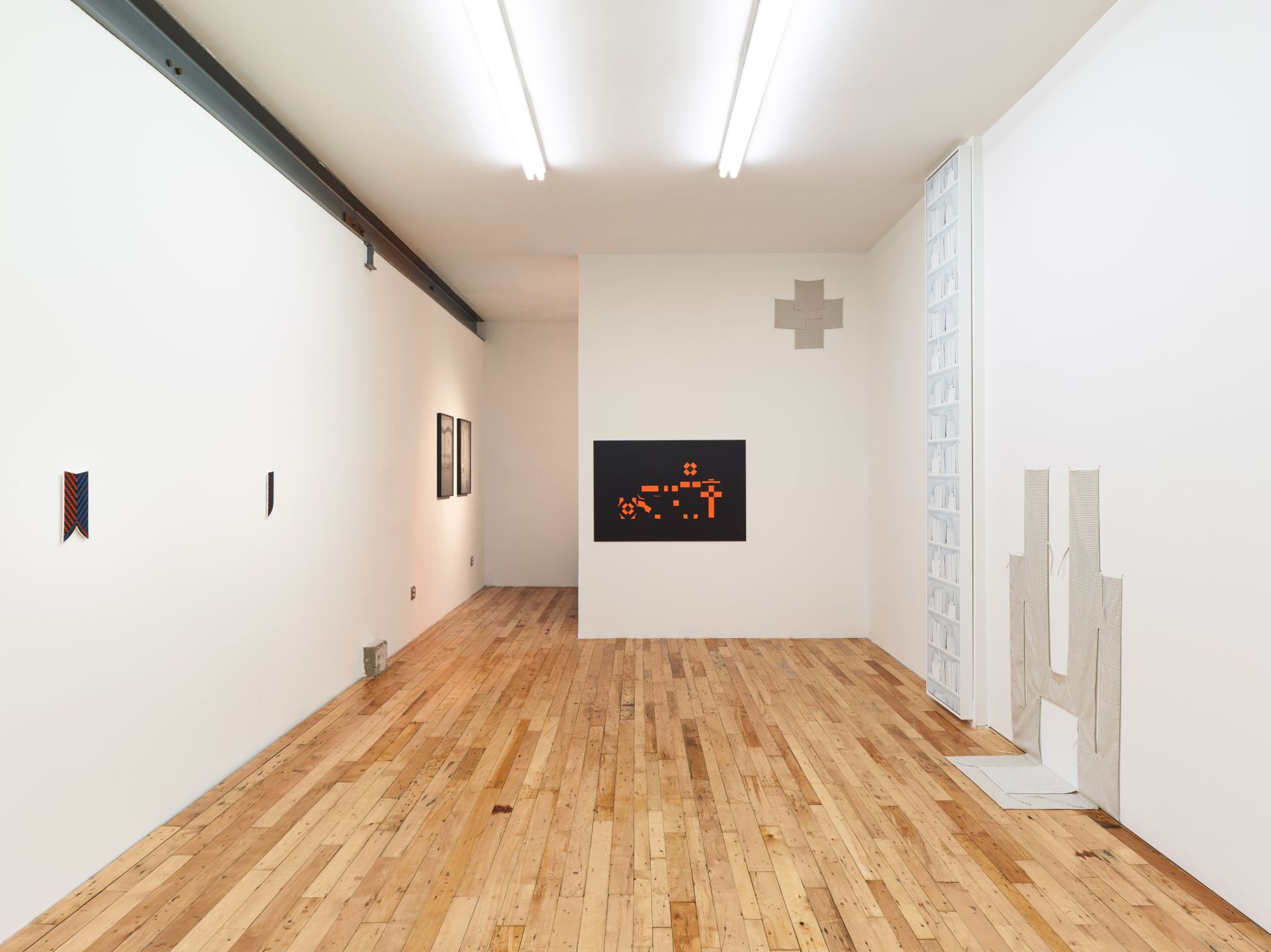 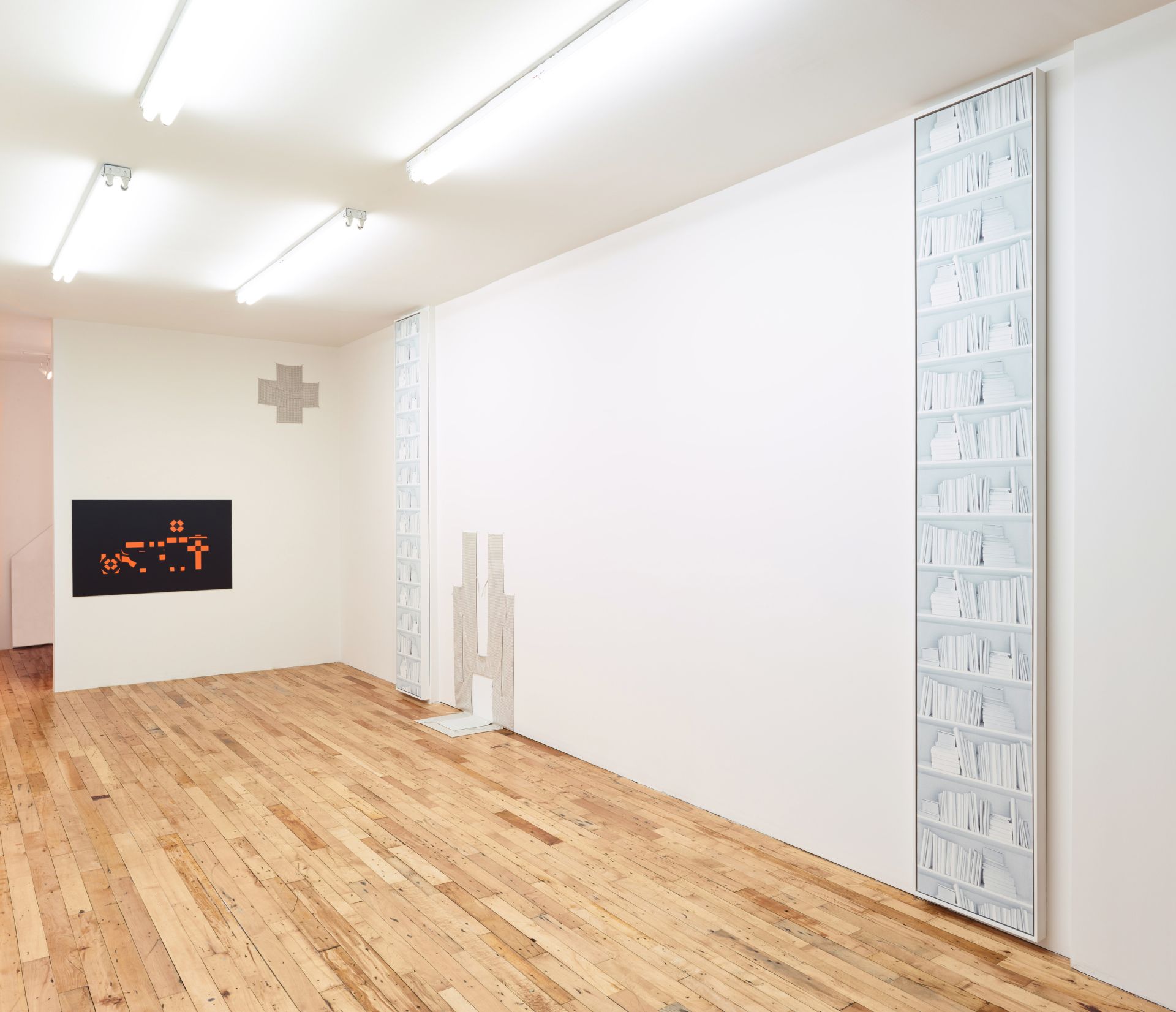 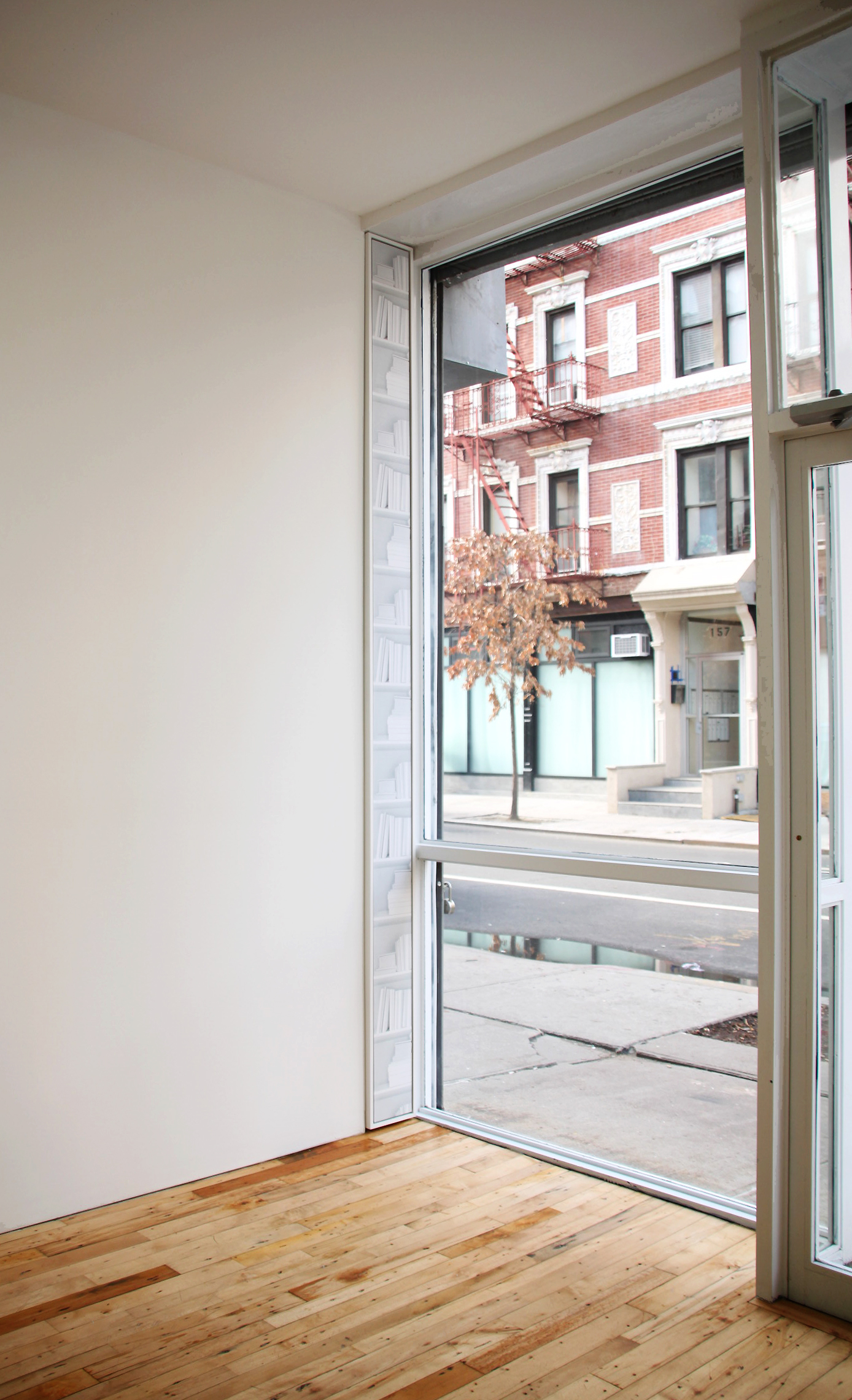 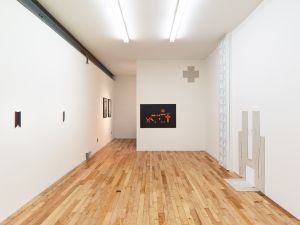 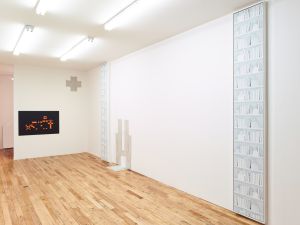 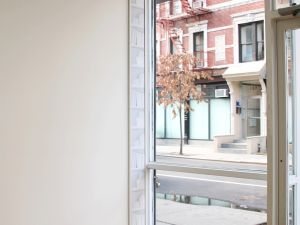 In his best work, Zak Kitnick marshals commonplace objects to obsessive and disquieting ends—multiple shelving units nested inside one another and radiator grates that harbor barely discernible forms. His artworks’ chilly precision unsettles.

In the three-artist show that Mr. Kitnick has organized at JTT, he is guided by the grid. To review: in 1979, art historian Rosalind Krauss published her famous essay on the grid, declaring that “no form within the whole of modern aesthetic production has sustained itself so relentlessly while at the same time being so impervious to change.” You’d think the thing would be played out by now, but all three artists here—Sean Paul, Anna-Sophie Berger and Mr. Kitnick himself—manage witty takes on the old trope.

Ms. Berger, a fashion designer and photographer born in Vienna in 1989, silk-screens grids onto her fabric pieces. Venetian Square Top is a two-foot-square plus sign made of silk, hanging high on the gallery’s back wall, while Square Window Tunic (both 2011), of poplin and wool, is a more complex shape, all right angles, hung against the wall and folded out onto the floor. As suggested by their names, materials and details (note the ties on the tunic), these are actual (and very avant-garde) articles of clothing, displayed as sculptures.

Like the paintings of stick figures that the mid-career American Joe Bradley assembles from multiple monochrome canvases, Ms. Berger’s works invite an anthropomorphic reading of geometric abstraction, while also recalling German artist Franz Erhard Walther’s Handlungsstücke (Action Pieces) of the 1960s and ’70s, garment-artworks designed to allow people to experience being in their own bodies more acutely while performing simple actions. Ms. Berger’s spare, sumptuous pieces seem more concerned than her predecessor’s with the way that clothing, properly wielded, can not only armor or ornament the body, but also create bonds between people. A photo shows 10 women posing together in her carefully gridded uniforms, looking tough. It’s called The Gang (2012).

The willfully obscure Sean Paul—no relation to the Jamaican reggae musician—also riffs on fashion in a series of small shaped-panel paintings printed with photolithographic marks that denote the sewing patterns for the back pockets and the fly on a pair of jeans with blue and red plus signs. For Arrangement EOS, Front/Top (2013), he cut slices of tape to cover parts of a camera, and then placed those shapes on board. The three-dimensional object, charted by tape, is now splayed across two. It looks like a set of alien hieroglyphics—a web of shapes—until you’re told it’s a map of a camera. Even then, it’s gloriously strange, challenging the viewer to mentally piece the object together.

Mr. Kitnick’s contribution to the show is a series of narrow paintings. Each depicts the same set of bookshelves lined with mostly nameless white books, a ready-made wallpaper pattern that he has mounted onto linen and panel. It repeats every three shelves as it stretches more than 10 feet, from floor to ceiling. It’s “wallpaper you can take with you,” the news release explains. “Wallpaper for the Kindle generation.”

In these paintings, the ordering power of the grid is rendered farcical and outdated—tantamount to fake books as window dressing. But get up close—there is always some eerie, alluring detail lingering in Mr. Kitnick’s work—and you will notice that he has embossed them with intricate grids of tiny, bumpy dots. If bookshelves are decorative these days, the paintings imply, it may be because invisible networks—grids, again—are gradually making their contents obsolete, working away in the walls behind them. (Through Feb. 17, 2013)