Late last week, Booker officially opened his Senate campaign account, taking one more step toward a challenge for the seat currently held by Sen. Frank Lautenberg.  The move, which many high-ranking Democrats say is premature, has further angered the Lautenberg camp, which sees the move as disrespectful of the long-sitting senator.

“First Booker dodged the real fight in New Jersey and now he’s acting as an unnecessary distraction while Sen. Lautenberg is trying to secure billions for Sandy victims,” said a Lautenberg aide. “Once again Mayor Booker is being a self-promoter instead of a real Democrat or a team player.”

According to another Lautenberg insider, Booker’s initial announcement that he would not run for governor and instead explore a Senate bid was not taken as a slight by the 88-year-old senator.  Booker said the right things and showed Lautenberg respect, the insider said, but that has all changed now as the Newark mayor seems determined to shove the senator aside, according to the source.

In a post on BlueJersey.com, Democratic state Sen. Loretta Weinberg echoed the sentiments of the Lautenberg camp, taking Booker to task for distaicting from the real issues, including Sandy aid and the party’s attempt to wrest the governor’s seat from Gov. Chris Christie.

“So stop the U.S. Senate distraction, give Senator Lautenberg the time to concentrate on getting us federal Sandy help and the respect of making a decision about his re-election in his own time,” Weinberg wrote. “You are a visionary thinker and a great orator, but New Jersey and our residents are really bigger than whatever your future is to be. So join the fray and tell those folks who watch those national shows what really needs to be addressed in our great state. We need your voice for economic justice, for civil rights and marriage equality, for jobs and gun safety, for women’s health, and for the economic realities in our state under this Governor.”

That Lautenberg now has the empathy of the Democratic establishment strikes some in the party as the height of irony.

“Frank’s never been known for his party ties, so you know Booker has gone too far when people come riding to Lautenberg’s defense,” said one Democratic insider.

Reports last week said Lautenberg had decided to step down, but the story was vehemently denied by the senator’s camp.  Today, staffers said no decision has been made, but one source quipped that Booker’s less than shrewd maneuvering could push Lautenberg, who turns 89 on Jan. 23, to run just to make Booker’s life difficult.

Booker’s ascension could also be thwarted by others with the same ambition.  Senate President Steve Sweeney has not ruled out a Senate run and has said as much to Booker.  U.S. Rep. Frank Pallone has long eyed the seat and has made sure his name remains in the mix.

A source close to Assembly Speaker Sheila Oliver said she is seriously eyeing a run though other sources say it’s less likely she’ll jump into the race.

For his part, Booker was conciliatory during a round of weekend interviews on “Meet the Press” and MSNBC’s Morning Joe, saying that he had to open the campaign account even to explore a run.  For now, the ambitious mayor urged people to support Lautenberg in his efforts.

“Right now the senator, who I support, needs to focus on the debt ceiling, he needs to focus on funding for Sandy,” Booker told Meet the Press Host David Gregory.  “I have two very good senators in the Senate; we’re going to support that. This campaign is over a year away. You know New Jersey has got to focus on a governor’s race and a legislative race. But for me to do a good exploration, to do diligence for running, I have to file that.”

A spokesman for Booker did not return a call seeking comment. 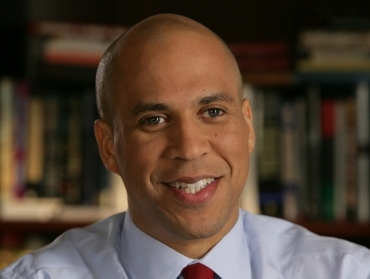