Assemblyman Peter Barnes III (D-18) will have the bulk of establishment support from the Middlesex County Democratic Committee in a bid for the 18th District state Senate seat currently occupied by state Sen. Barbara Buono.

According to three sources, Barnes will run for the seat this year.

Buono is opting not to run for re-election in 2013 as she pursues a run for governor. So far, she is the only declared gubernatorial candidate among Democratic Party elected officials.

An attorney from Edison, Barnes first took office in 2007, filling the unexpired term of his father, Peter Barnes II. He serves as chairman of the Assembly Judiciary Committee.

A retired FBI man, the elder Barnes assumed the chairmanship of the county committee following the implosion of Joe Spicuzzo, booked on charges of trading jobs for cash payments.

Chairman Barnes is on record in support of Buono for governor.

Prior to his time in the Legislature, the younger Barnes served on the Edison Municipal Council for 11 years.

The source told PolitickerNJ.com that leadership within the party organization fears a repeat of past attacks on Assemblyman Pat Diegnan (D-18), Barnes’s district-mate, were he the state Senate candidate.

A source told PolitickerNJ.com that Diegnan won’t challenge Barnes in a Democratic Primary. 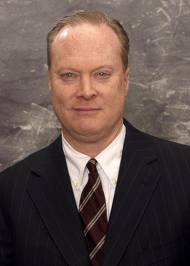