County Democratic Party chairs this morning agreed to let the hemming and hawing process go on until the end of the month and no longer, a strategy designed in part to help former Gov. Dick Codey finish his own exploration of a gubernatorial run, sources told PolitickerNJ.com.

But other county party leaders want to hold through the month before supporting a challenger to Republican Gov. Chris Christie.

The chairs are considering Buono; and the possibility that Codey or Senate President Steve Sweeney (D-3) could get in the race.

The names U.S. Rep. Bill Pascrell (D-9) and Elizabeth Mayor Chris Bollwage continue to surface, offered up by the chairs in their respective counties.

Many of the chairs on the conference call this morning led by State Democratic Chairman John Wisniewski said they want to respect Codey’s decision-making process, which next week takes the former governor to Washington, D.C. to meet with national labor leaders.

Sources told PolitickerNJ.com that the chairs in Democratic Party-controlled counties repeated their point from a conference call earlier this year that they are “not wild about primaries” and would prefer to avoid one.

The don’t want to spend the money, a source said.

At least one chair from a GOP-controlled county made the converse case that primaries generate press coverage and buzz.

Sources said county chairs from Essex, Hudson, Gloucester, Burlington and Camden did not partcipate on the conference call.

The charimen from Passaic and Bergen counties continue to worry about the down-ballot implications of a gubernatorial candidate running without the party’s strong support.

For what it’s worth, Sussex and Hunterdon are leaning Buono, sources said.

During the call, at least one chair complained about Newark Mayor Cory Booker staying uncommitted for as long as he did, a dynamic that bottled up the party, in the view of the irritated chairman.

Sources told PolitickerNJ.com that the chairs want to try to keep labor on the side of Democrats, and fear what they see as potential defections in light of the Laborers’ endorsement of Christie last month.

One of the chairs urged his colleagues to remind voters that Christie will use labor now to get re-elected and then spurn labor on his way to running for president in 2016. 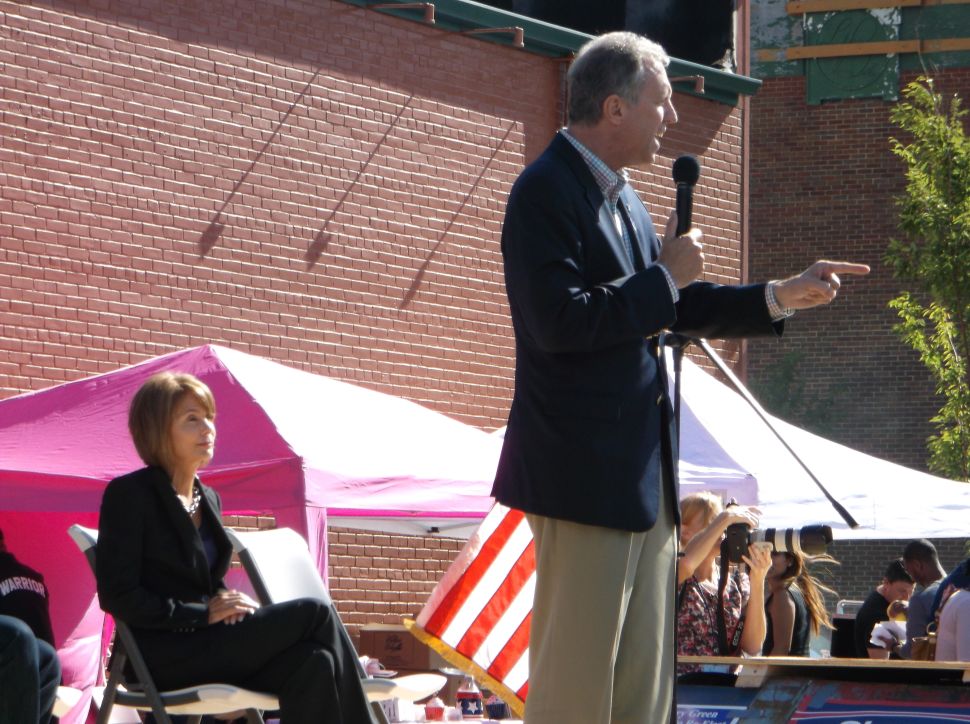