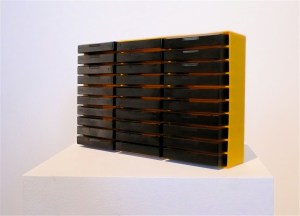 The Studio Museum in Harlem has announced that it is awarding its annual Wein Prize to artist Jennie C. Jones. Randy Kennedy broke the news in The New York Times. The prize, which carries a $50,000 award, is given to “established or emerging” African-American artists.

More on the prize from The Times:

The prize, whose announcement was delayed by Hurricane Sandy, will be given at a museum gala on Feb. 4. Thelma Golden, the museum’s director and chief curator, said in an interview that Ms. Jones was chosen “not only to celebrate the rigor and strength of her practice, but also because of the thinking about what this amazingly generous prize could do for her at this point in her career.”

Past winners of the Wein Prize include Glenn Ligon, Trenton Doyle Hancock and Lorna Simpson.