“He didn’t endorse anyone last week,” Sweeney said of his friend, South Jersey Democratic leader George Norcross III. “He said she’s the only one out there and he doesn’t think Gov. Codey is willing to do it.”

In last week’s interview with PolitickerNJ.com against the backdrop of former Gov. Dick Codey publicly mulling a gubernatorial run, Norcross expressed frustration with the party. He called the Democrats’ lone declared Christie challenger, state Sen. Barbara Buono (D-18), Metuchen, a “high quality candidate, and in the absence of anyone else, the party ought to rally around her and move forward.”

Buono, he said, stood up and got in the race while the rest of the field continues to ponder. “I applaud her for that,” said the South Jersey power broker.

Then Norcross went on to criticize Codey, claiming the 27th District senator lacks the guts to oppose Christie.

“Codey is doing his due dilligence,” Sweeney said. “I’m not sure he’s doing it. We’ll have to see. “

Asked if he would support Codey if he were to run for governor, Sweeney said, “If I don’t (run), we’ll figure that out.”

Sweeney has an unhappy history with both Codey and Buono.

In 2009, Sweeney harvested the votes in his caucus to oust Codey from the Senate presidency, then he refused to support re-upping Buono for a second term as Senate majority leader.

Never a part of the leadership cadre around Codey, Buono backed Sweeney over Codey in 2009, a move that helped her land the Senate leadership post.

But by 2011, in part owing to the thorny political issue of public worker pension and benefits reform that Sweeney supported and Buono ultimately opposed, she had broken ranks with Sweeney. 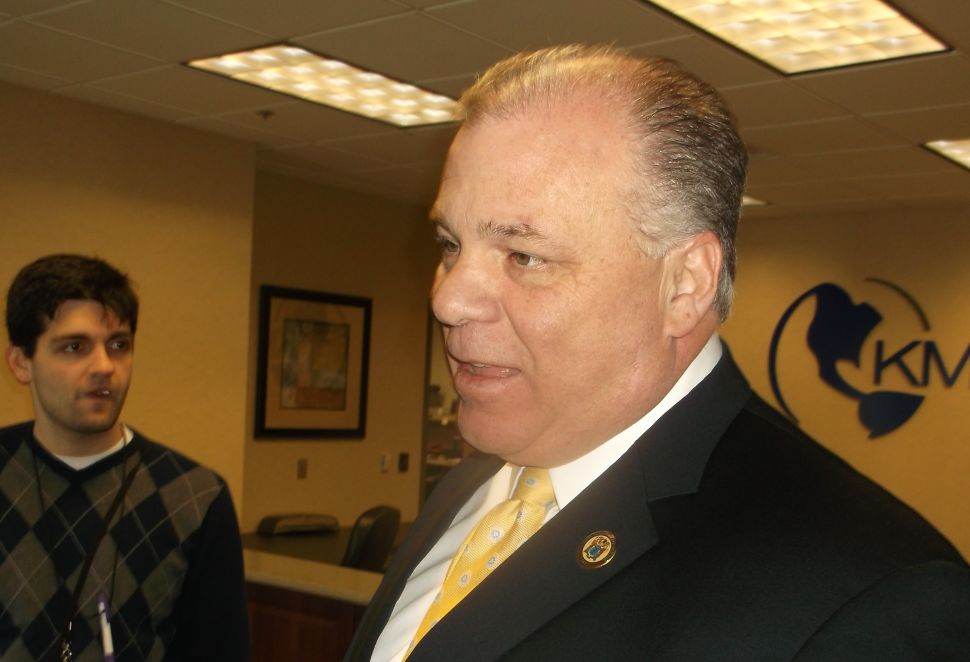