If you hold public offfice in West New York, it’s probably inevitable that sooner or later one of your constituents will compare you to Cuban strongman Fidel Castro.

But the opponents of Mayor Felix Roque feel he gave them more ammo than usual when the commissioners last week approved on first reading an ordinance cracking down on signs.

In advance of a rally this evening protesting the ordinance, Residents for a Better West New York issued the requisite Roque/Castro flier, pictured above. 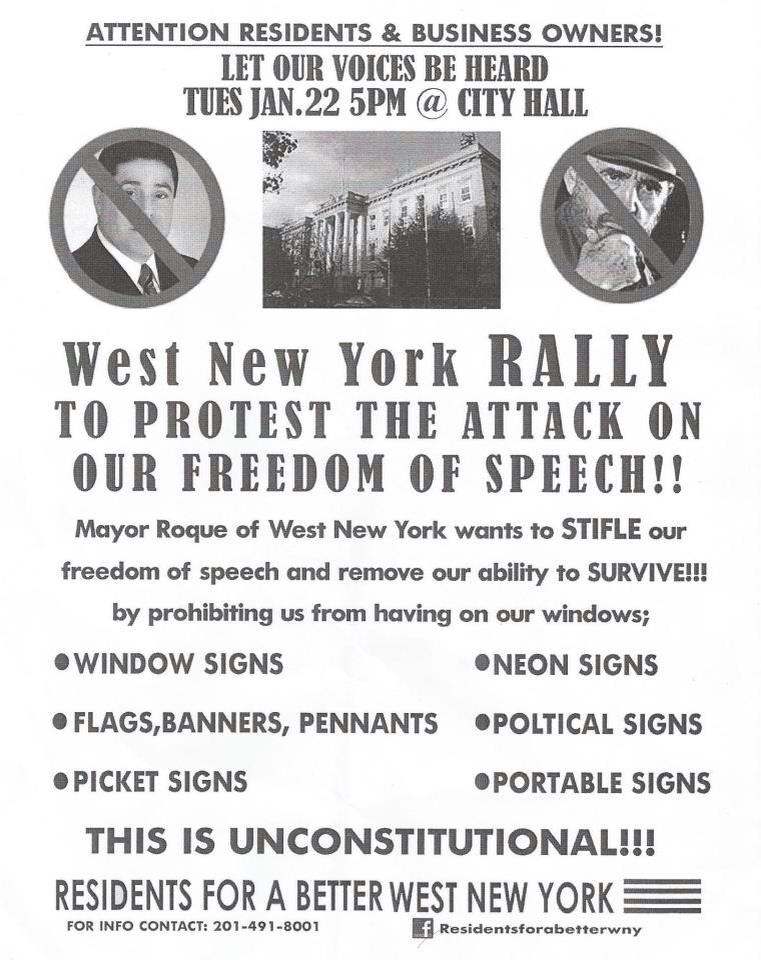