WASHINGTON, D.C. — An anti-abortion protester caused quite the scene at President Barack Obama’s inauguration ceremony this morning after he climbed high up into a tree on the National Mall and shouted anti-abortion slogans and criticism of the Democratic Party throughout the proceedings. On stage near the president and other assembled dignitaries, the man’s yelling could faintly be heard, but he clearly  made quite the impression among the crowd, which was otherwise overwhelmingly composed of the president’s staunch supporters.

“He was anti-abortion and Democrats,” said a woman named Susan who was seated below the activist’s perch in the tree. “He was really obnoxious.”

“He only stopped when Beyoncé was singing,” she explained.

Members of the U.S. Capitol Police department roped off the tree and surrounded it with officers. A ladder was extended about halfway up the nearly hundred foot arbor in the hopes the man would come down of his own volition. We asked one of the officers whether he would be arrested and he referred us to the department’s public information office.

The man appeared to be Rives Miller Grogan, an anti-abortion activist with a history of disrupting high-profile events. Mr. Grogan heckled the president with a photo of fetuses during an Ohio campaign rally in November. In October, he delayed a playoff game between the Cincinnati Reds and San Francisco Giants for three minutes after running onto the field at Cincinnati’s Great American Ballpark with a sign proclaiming, “Abortion is Sin.”

At the inauguration, he carried a double-sided placard. One side said “Defund Planned Parenthood,” the other said, “Pray To End Abortion” and featured images of hands clasped in prayer and an American flag.

Update: (8:34 p.m.): A spokesman for the U.S. Capitol Police confirmed the climbing protester was indeed Mr. Grogan. The spokesman said Mr. Grogan did eventually climb down and was subsequently arrested. 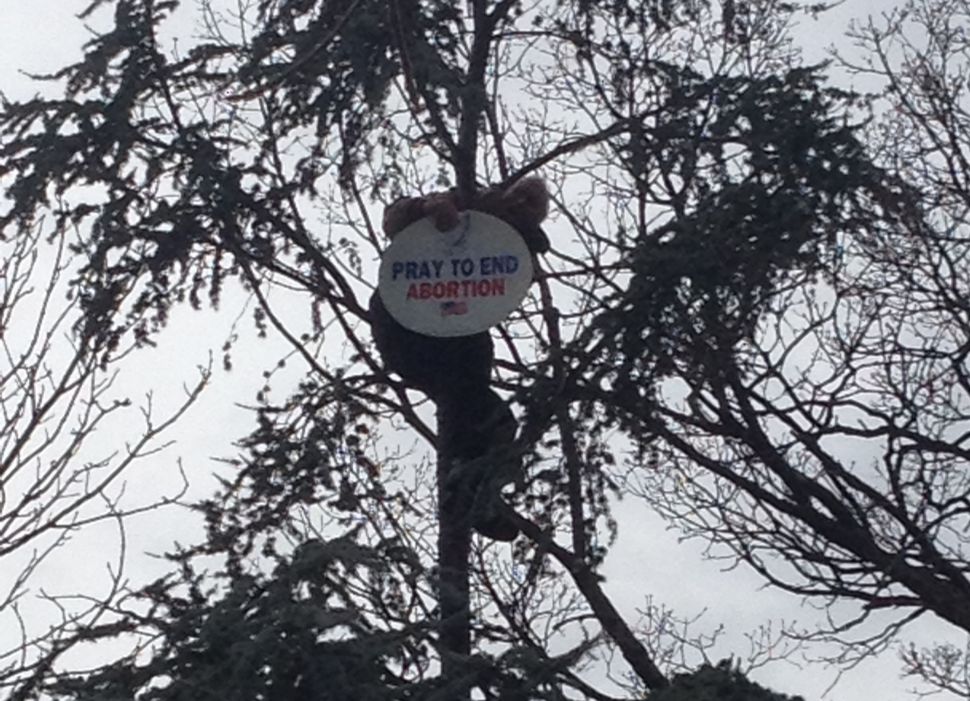