API Rate Limit Exceeded Back in April of 2010, the Library of Congress promised to add every tweet up to that date to its famous archives. But like anyone following too many people at once, it’s just caused one big mess. The library now has an archive of approximately 170 billion tweets totaling to a compressed 133.2 terabytes. Now the librarians of Congress are planning to work with Gnip, the company currently organizing all of the data, to develop a plan for archiving all of the tweets.

Apparently there have already been more than 400 access requests to the Twitter archives from researches doing work on citizen journalism and political communications. Someone needs to teach the librarians how to make lists as soon as humanly possible.

Schools Get Cash The New York State Energy Research and Development Authority (NYSERDA) has just pumped a bunch of cash into New York’s tech universities. It has awarded a total of $15 million to Columbia University, the Polytechnic Institute of New York University and High Tech Rochester to create three Proof-of-Concept Centers dedicated to helping inventors and scientists turn their high-tech, clean-energy ideas into successful businesses. Columbia will form a new accelerator, several upstate schools will work together on a new development center, and NYU-Poly will work with CUNY to create PowerBridge, an applied science research institute that focuses on challenges specific to an urban environment.

Drop The Ball, Up The Traffic The customized mobile site publisher Onswipe had lots of reasons to pop champagne on New Year’s Eve. The company says that it has reached 44 million unique visitors in total for 2012 and now is reaching more than 10 million monthly active uniques on iOS devices. The publisher also saw a huge bump in traffic after people opened their gifts on Christmas morning. Most notably, in the two days after the holiday, total unique visits on its sites jumped 22 percent and Kindle Fire unique visitors increased 75 percent.

Get Glasses, Give Glasses Diane von Furstenberg is teaming up with the insurance company VSP Vision Care to run a contest on Pinterest to help benefit the NYC Mission Society. Every time an image gets repinned from the VSP Pinterest Board, a gift certificate for an eye exam and glasses will be donated to the New York City Mission Society. These repinners are in luck too–when a user repins that image, they are automatically qualified to win a pair of DVF sunglasses and a $500 DVF.com gift certificate.

Move, Drop, Shake Unpakt, the site that lets you compare movers, continued its “Innovators on the Move” series. It features tech entrepreneurs reflecting on recent moves in their lives. This week’s video features VHX founders Casey Pugh and Jamie Wilkinson talking about the move to its first offices in Brooklyn.

Innovators on the Move: Casey & Jamie from Unpakt on Vimeo.

Baby You’re A Firework (Filter) The favorite photo sharing app of the Williams sisters, Mobli, just celebrated 2013 in the best way they know how–by adding two new filters to its app. Both of them are New Year’s Eve themed. One has a fireworks overlay, while the other has “2013” glittering in gold. Siiiick.

Live Like ‘Countdown’ Just last month, Gojee was the site to go to for recipes based on what’s in your pantry. But it’s recently launched a slew of fashion verticals which include landing pages for lingerie, heels, dresses, jewelry and handbags. The recipe sites are still up, so there’s no need to panic about your dinner just yet. This makes living your best Beyonce life (“All up in the kitchen in my heels, dinner time”) all that much more possible.

More Style Buying Speaking of buying clothes based off the pretty images you find on Tumblr and Pinterest, there’s now StyleSays — a new fashion image sharing community that connects users’ favorite style images to purchasable content. It tags pictures of pretty outfits with links to purchasable items. Some might be the exact product and it could give you an affordable alternative.

AT&T Sucks If one of your New Year’s resolutions is to ditch your phone provider once and for all, consider making a switch to T-Mobile. The company is now touting the results of its $4 billion commitment to improving service and says its reception in New York is better than ever. Neville Ray, the CTO for T-Mobile, said in a blog post that NYC customers “can also bring their unlocked AT&T smartphones to T-Mobile and experience a significant speed boost on our network with most devices, while also saving up to $50/month compared to AT&T.”

Old dog learning new tricks, etc. Bluefin Labs, the social TV analytics company for advertisers, just added an important employee to its team. Scott Grunther, a former Nielsen executive, is joining the Bluefin team in 2013 as a senior vice president. He will also be the general manager of media products out of the company’s New York office. He’s been in the industry for 20 years. 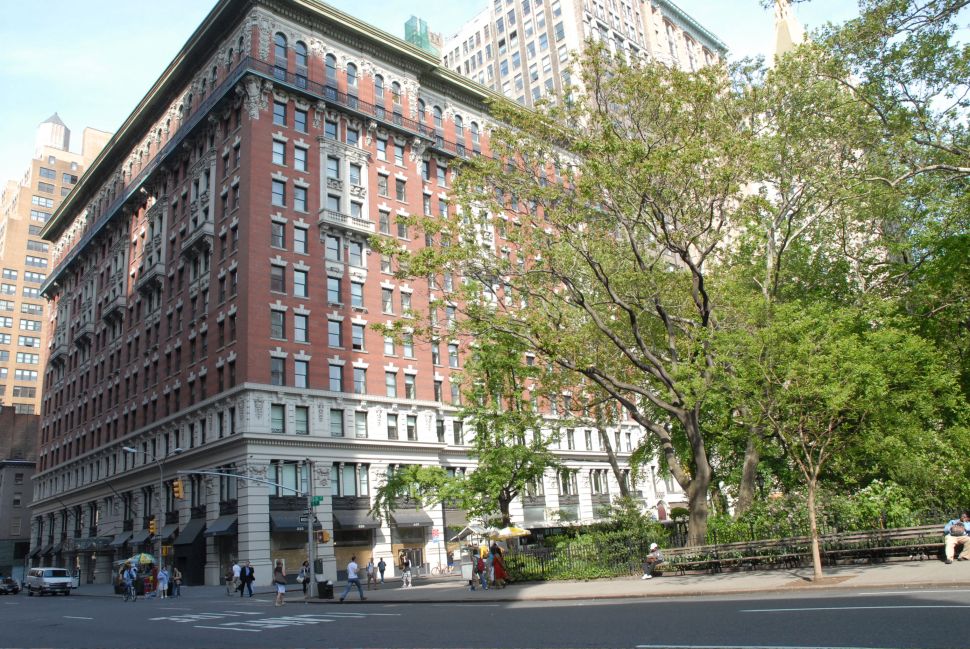