Weinberg criticized Christie during a press conference held by state Democratic leaders a day before the governor’s annual State of the State address.

Weinberg criticized Christie on his decisions to veto several gender equity bills, and she sought to link the governor to GOP lawmakers on the federal level, saying New Jersey’s governor follows the Republican Party and does little to be a middle-of-the-road elected official.

Earlier, Senate President Steve Sweeney accused Christie of “conveniently using” super storm Sandy “to ignore these other problems” in the state. Sweeney urged residents to not forget about the “true state of the state” and called attention to what Democrats say is the governor’s biggest failure in the state – jobs.

Dems on offense pre-State of the State address 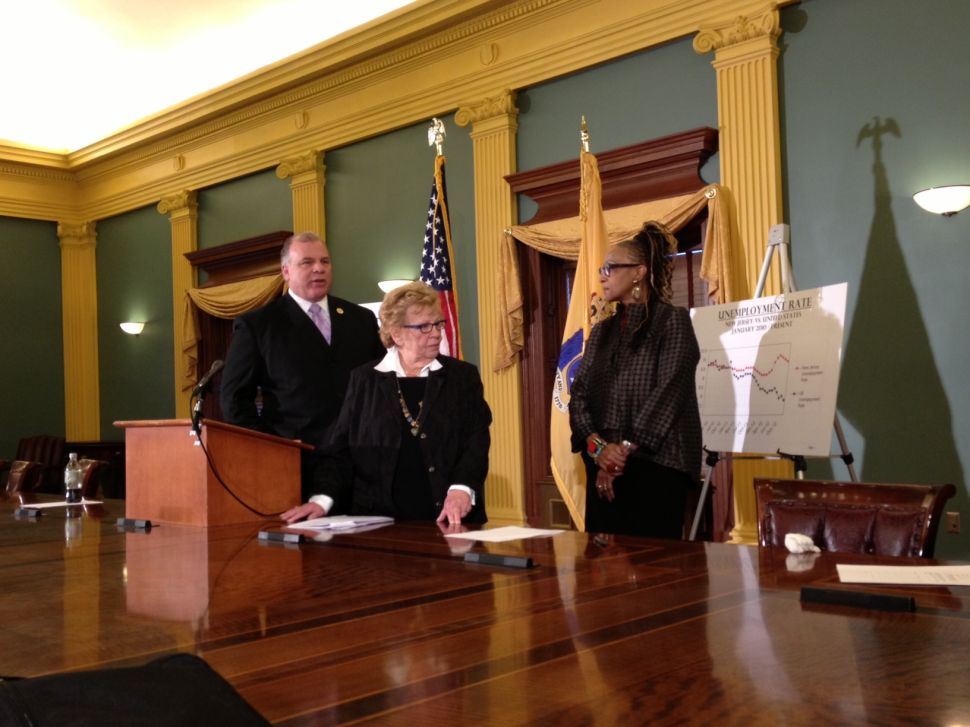