The incumbent Republican governor has an approval rating of 78%, according to a Kean University poll. He got the cover of Time Magazine and additional coverage complaining about how he thought his own picture was an offensive stereotype. By the way, his gubernatorial opponent is an Italian-American.

The state Supreme Court accepted an advisory committee report that the 40th District state senator did not act with impropriety, but rather was consistent with the past and present practice of the three branches of government in respect of judicial reappointments when he called Judge Costello to discuss the reappointments of several Essex judges.

The Edison councilman has the organization edge for a run at Assemblyman Peter Barnes’s LD 18 Assembly seat when Barnes tries to move up to become senator.

The Bergen County Democratic Party operative’s 2012 “Baby Ad” is in the running for a Campaigns and Elections Magazine Reed Award in the local, county or judicial candidate television ad category.

Under indictment for check kiting, the 39th District Assemblyman from Bergen County was stripped this week of his leadership position as deputy Republican whip.

The Senate president apologized at a news conference Monday after saying Christie must have “prayed” for Superstorm Sandy as part of his jobs package.

This week’s Fairleigh Dickinson University poll shows the U.S. Senator with a 45-66 disadvantage in a favorability matchup with Newark Mayor Cory Booker, who filed his papers this week to run for the U.S. Senate.

Bergen County GOP Chairman Bob Yudin notified the Bergen County Board of Elections Commissioner that he does not intend to resubmit her name to the governor’s office for reappointment.

Former Bergen County Freeholder Rob Hermansen’s announcement this week that he intends to run for the LD 39 Assembly seat likely means another convention bloodletting. And Hermansen could always win! 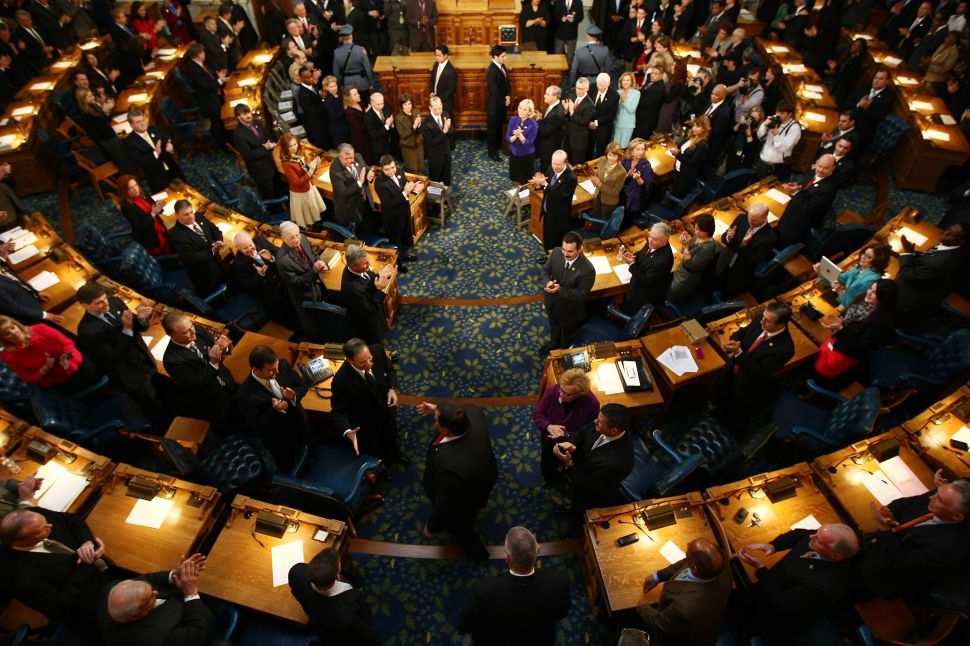