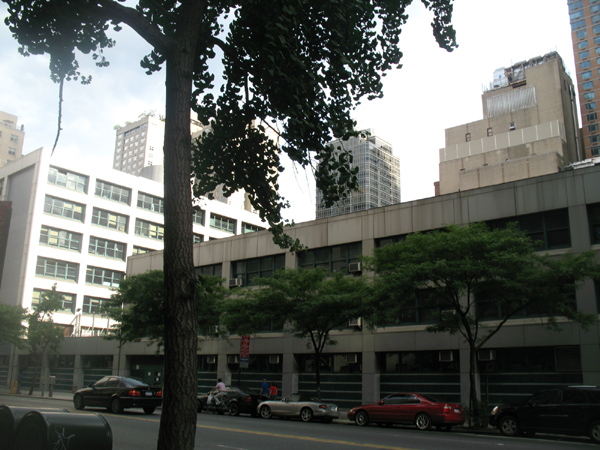 World Wide agreed to replace part of the old school with a new academic building in the middle of the block. The new building would house the old school and make room for another.
mchabanobserver 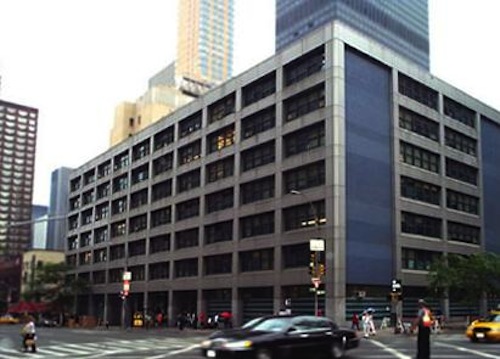 The tower will rise in place of the former High School of Art and Design, on the corner of Second Avenue.
mchabanobserver 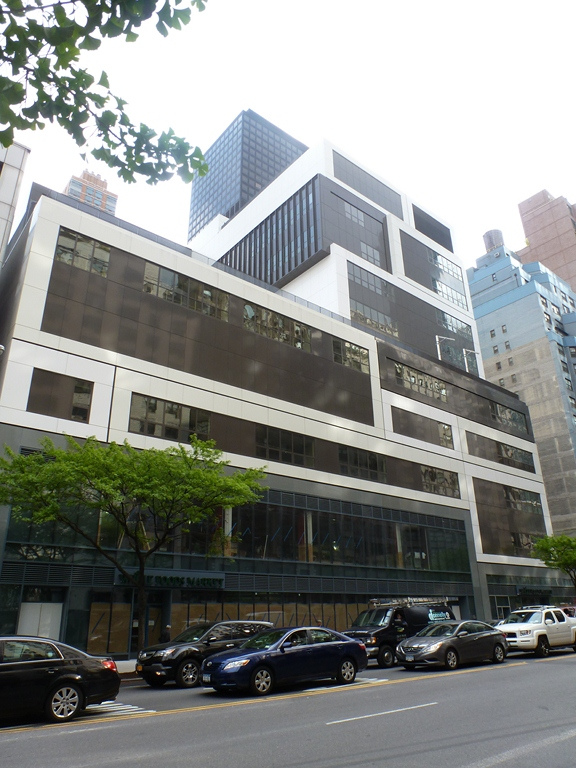 The new school building, which opened this fall along with a Whole Foods on the bottom floors.
mchabanobserver 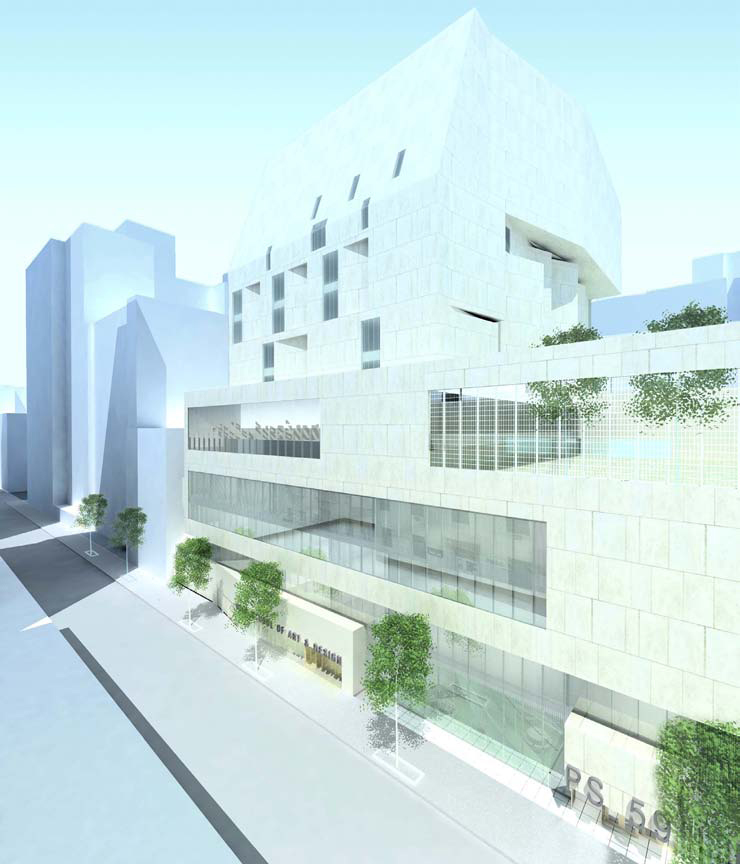 An earlier, more cutting edge design was proposed for the school. Its replacement with a boxier design has some worried about what the final tower might look like.
mchabanobserver
Advertisement 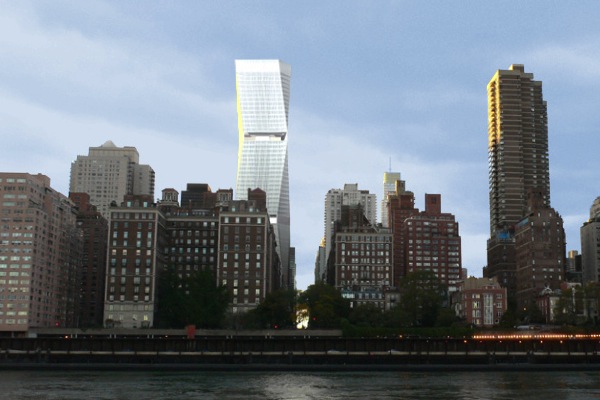 A 2009 rendering of the tower, as seen from Roosevelt Island.
mchabanobserver 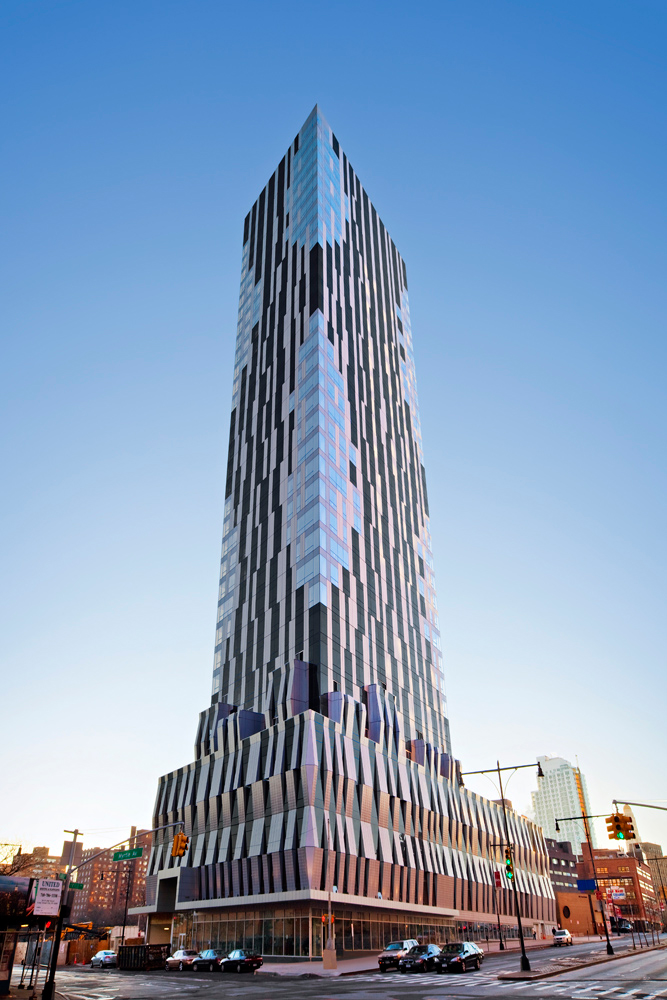 Among the projects designed by Roger Duffy, the architect of 250 East 57th, is the Toren condo tower in Downtown Brooklyn.
mchabanobserver 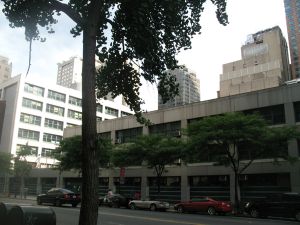 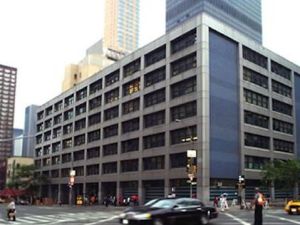 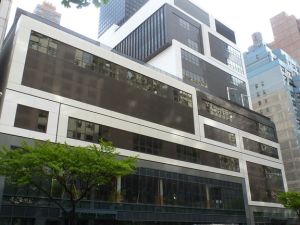 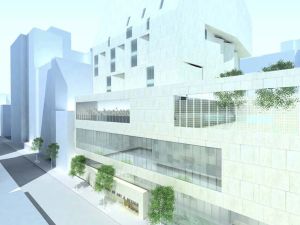 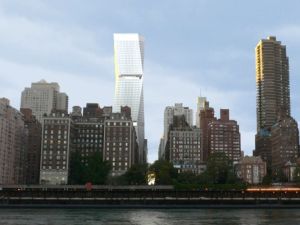 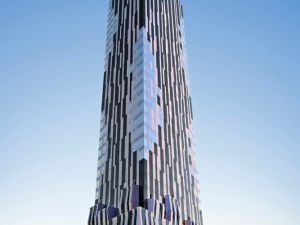 Back in September, The Observer wondered just how many luxury towers could possibly pop up on 57th Street, following the announcement of 107 West 57th Street. This was in addition to Gary Barnett’s One57, CIM and Harry Macklowe’s 432 Park and Mr. Barnett’s 225 West 57th Street, which is poised to become the city’s tallest tower at 1,550 feet. And all the way down at the Hudson, there is of course Bjarke Ingels and Durst Fetner’s pyramid apartments.

Now, the shiny strip has a new eastern redoubt. The Observer has learned that a long-planned 57-story tower at 250 East 57th Street, on the corner of Second Avenue, is set to rise this year. Demolition already began on the old high school on the 63,000-square-foot lot in November, the same month World Wide Group, the project’s developer, filed new construction documents for the contorted tower designed by Roger Duffy, the art-loving visionary at SOM who designed the equally daring Toren condo tower in Downtown Brooklyn,

First announced in late 2006, the project was an innovative partnership with the city’s Department of Education. World Wide would demolish a low-rise section of the High School of Art and Design just off Second Avenue, between 56th and 57th streets, and build three schools on the site (two new ones plus room for the old high school). During construction, the seven-story section of the school on the corner of Second Avenue would remain operation.

In addition to the new classroom, there was also 170,000-square feet of retail in the base of the new school, now home to a Whole Foods. Beyond building the new schools, World Wide would pay $325 million to the Department of Education during a 75-year lease on the site. Once it built the new schools, the main high school building would be torn down, paving way for the tower.

Construction on the new schools was set to start by 2008 and be completed the following year, but the project had yet to get off the ground by then as the economy faltered, and construction on the school did not kick off until 2010. The schools opened in September, in time for this academic year, while the Whole Foods was finished a month earlier.

Meanwhile, the second phase of the project was put on hold indefinitely, like so many other developments back in 2009. When The Observer first reported the tower was being delayed, we wrote that “both the scraper’s height and its composition are now up in the air.” But now it is clear the tower will go forward as originally advertized, reaching a height of 57 stories and 715 feet. There are 270 units in the building, down from an earlier reported number of 320—not a surprising trend, given the evolution toward bigger, more luxurious apartments in the city over the past decade. Bigger layouts mean bigger price tags.

Not short on luxuries, building permits list a rooftop terrace on the seventh floor, an exercise room one floor down, a swimming pool in the basement, and, up on the 25th floor, no doubt with commanding views of the East River nearby, “accessory library lounge, dining, music, screening and wine testing rooms.” There will also be retail on the first two floors of the building, according to permits, some 27,000-square-feet.

What was not immediately clear was whether or not the project would be condo or rental or if it would still use the city’s inclusionary housing program, whereby 20 percent of units are set aside as affordable in exchange for a tax abatement from the city. In an email in late December, John Marino, a spokesman for World-Wide, said “there is really nothing new to report… they are coming out of the ground next year.” He did confirm that SOM was still the architect, but also noted that new designs are in the works. A source who had seen the newer designs said the building is more curvaceous than the angular renderings that had been previously shown off. “It undulates,” this person said.