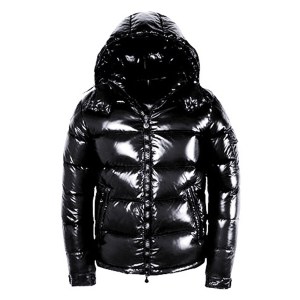 Mr. Istavrioglou was allegedly caught on tape but never identified until now. He was, according to the Post “initially held on a bench warrant for allegedly separately swiping a steak from a Whole Foods in Tribeca last Jan. 9.” An odd theft given that he was head of international media relations for the high-end clothing brand Moncler, in his day job.

Manhattan District Attorney Cyrus R. Vance, Jr. today announced the indictment of PHIVOS ISTAVRIOGLOU, 29, for stealing Salvador Dalí’s Cartel de Don Juan Tenorio from an art gallery on the Upper East Side. After surveillance images of a suspect were released to the public, the drawing — worth approximately $150,000 — was anonymously mailed back to the gallery from Greece. A subsequent investigation led to the arrest and indictment of the defendant, who is charged in New York State Supreme Court with Grand Larceny in the Second Degree.[1]

“It was almost surreal how this theft was committed – a thief is accused of putting a valuable Salvador Dalí drawing into a shopping bag in the middle of the afternoon, in full view of surveillance cameras,” said District Attorney Vance. “This brazen heist from a Manhattan gallery is the latest in a string of cases involving theft or fraud in the art world that my Office has prosecuted. Today’s indictment brings us one step closer to bringing an international art caper to a close.”

NYPD Commissioner Raymond W. Kelly said: “More than ‘persistence of memory’ helped solve this case. I commend detectives for matching a fingerprint in the Dali theft to a shoplifting last year in which Blueprint juice was taken from a Manhattan Whole Foods, resulting in Istavrioglou’s identification. And also, our undercover detective for his convincing role as a New York art gallery manager, which led to the suspect’s apprehension. I congratulate the NYPD Major Case Squad, the NYPD Forensics Investigation Division, and their partners in Homeland Security for their work in this case, as well as Manhattan District Attorney Cy Vance and his staff for prosecuting it.”

According to documents filed in court and statements made on the record in court, on June 19, 2012, ISTAVRIOGLOU walked into the Venus Over Manhattan gallery on Madison Avenue and 77th Street, lifted a 1949 watercolor and gouache drawing by Salvador Dalí entitled Cartel de Don Juan Tenorio off the wall and put into a shopping bag. Within days of the theft, surveillance images of a possible suspect were broadcast to the public worldwide in print, television, and Internet-based news reports. On June 28, 2012, working with the United States Postal Inspection Service, the NYPD recovered the stolen artwork in a cardboard shipping tube at Kennedy International Airport, after it was intercepted en route to Venus Over Manhattan from Greece.

On February 16, 2013, at the invitation of an undercover detective posing as a business manager for an art gallery, ISTAVRIOGLOU flew to New York City, where he was detained by federal Homeland Security agents at Kennedy Airport and taken into custody by NYPD detectives.

Over the last few years, the Manhattan District Attorney’s Office has focused resources on investigating art theft and fraud, including the counterfeiting of Damien Hirst paintings, the theft of three Claude Monet paintings acquired by Imelda Marcos, and the theft of six valuable paintings from the Chambers Hotel in Midtown Manhattan. The Office also obtained convictions against Lawrence Salander in 2010 and Leigh Morse in 2011 for a $120 million art fraud.