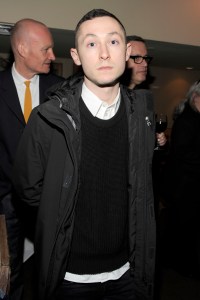 As an independent curator, Mr. Gartenfeld has been involved in organizing some 25 exhibitions internationally, including a recent group show at both Team Gallery locations in Soho, and was also the co-founder of the now-defunct West Street Gallery. In addition to his curatorial work, he has also served as the senior online editor of Interview and Art in America since the fall of 2008. He says leaving the magazine world to work in a museum isn’t much of a shift.

“I really thought of myself as an art writer and an art critic, and there had always been a curatorial component to what I do,” Mr. Gartenfeld said in a phone interview from Miami (he’s at MOCA this week to give a talk). “Via the museum’s website and publications department, I’ll be bringing what I’ve been doing at the magazine the last few years.”

As for leaving New York and making Miami his new home, he couldn’t be more thrilled.

“I’ve always loved it there,” he said. “I was doing a book project with Printed Matter and a lot of the archives were [in Miami]. I spent as much time as I could there–even in August during the rainy season.”