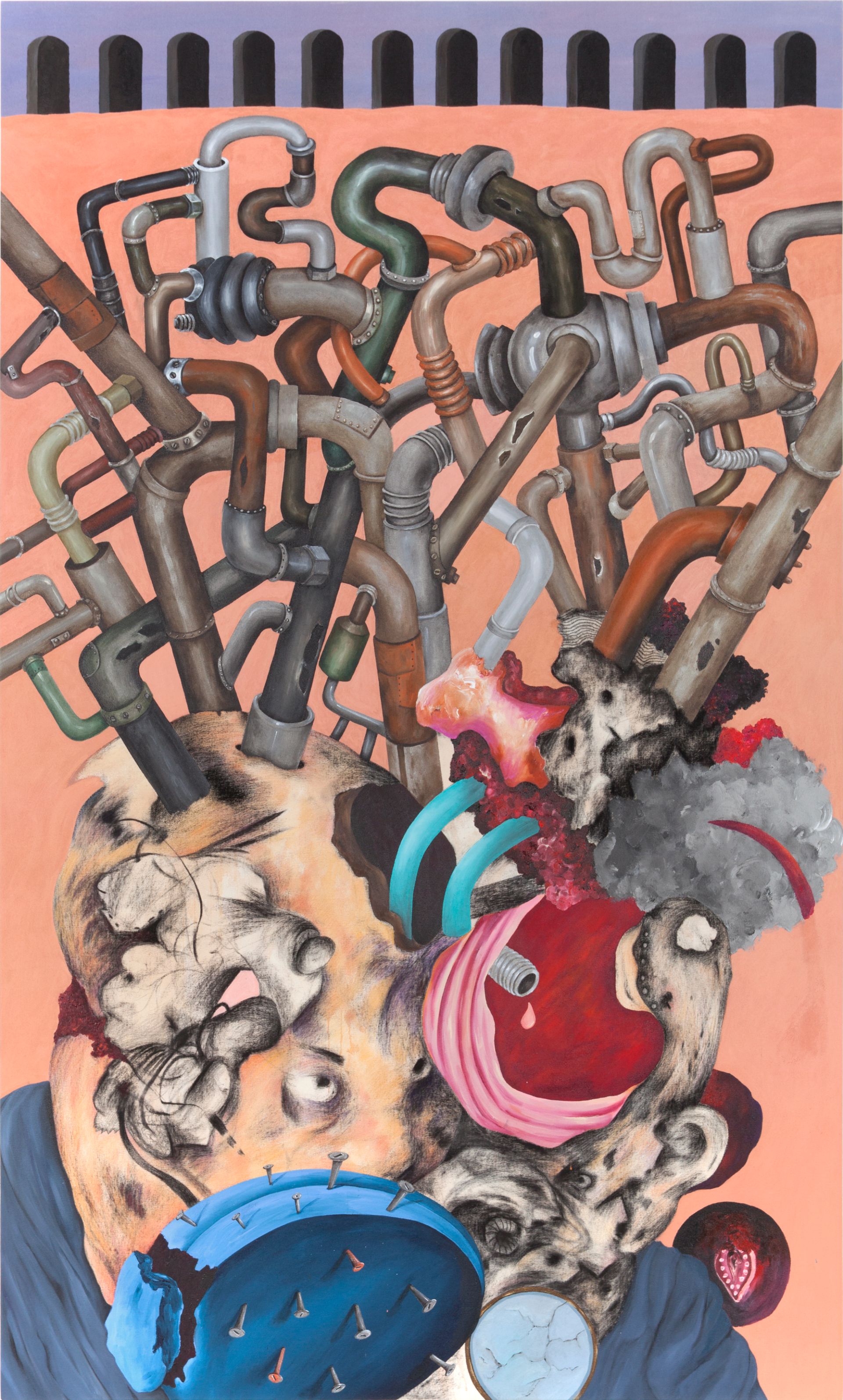 Courtesy the artist and Haunch of Venison 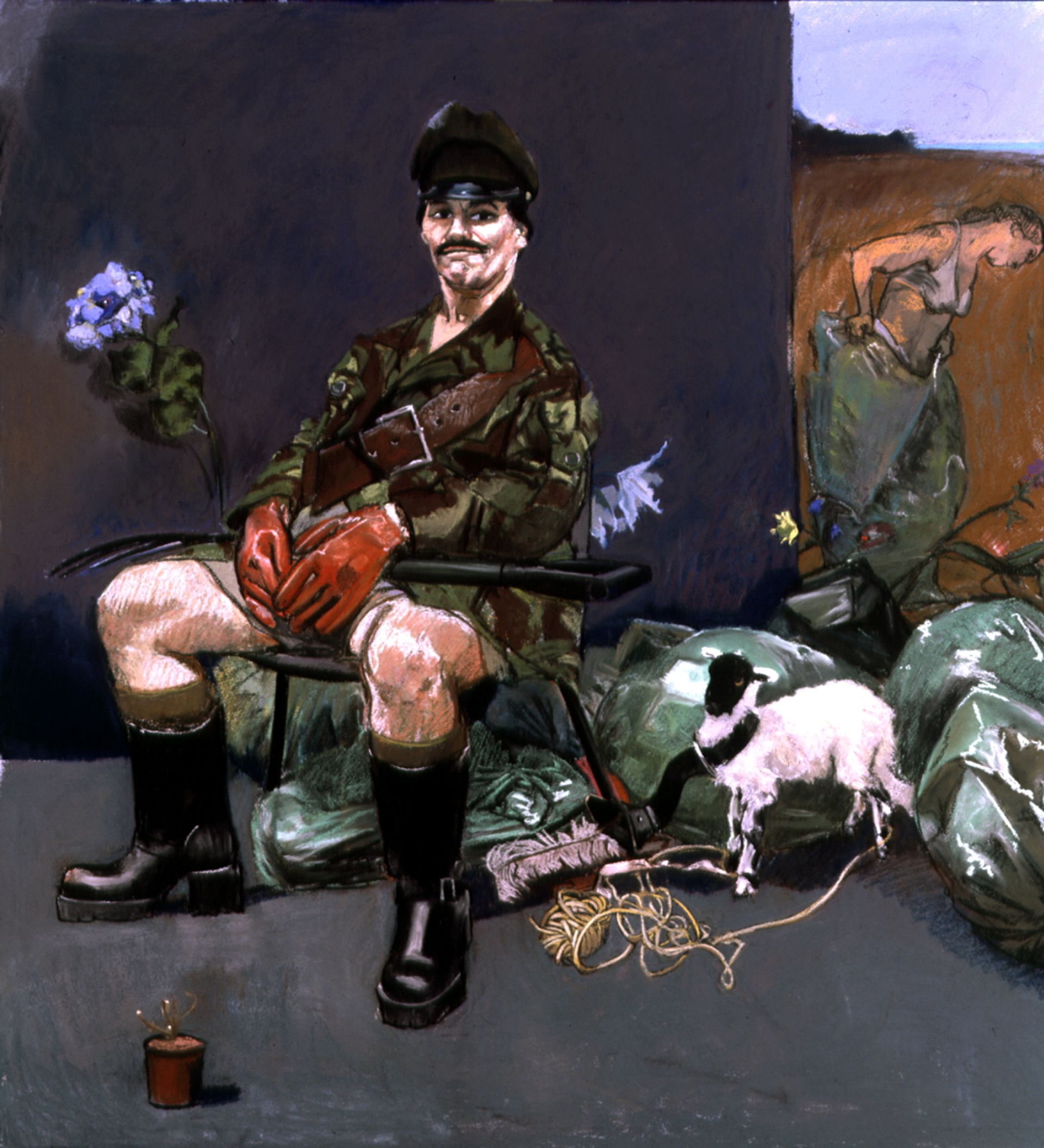 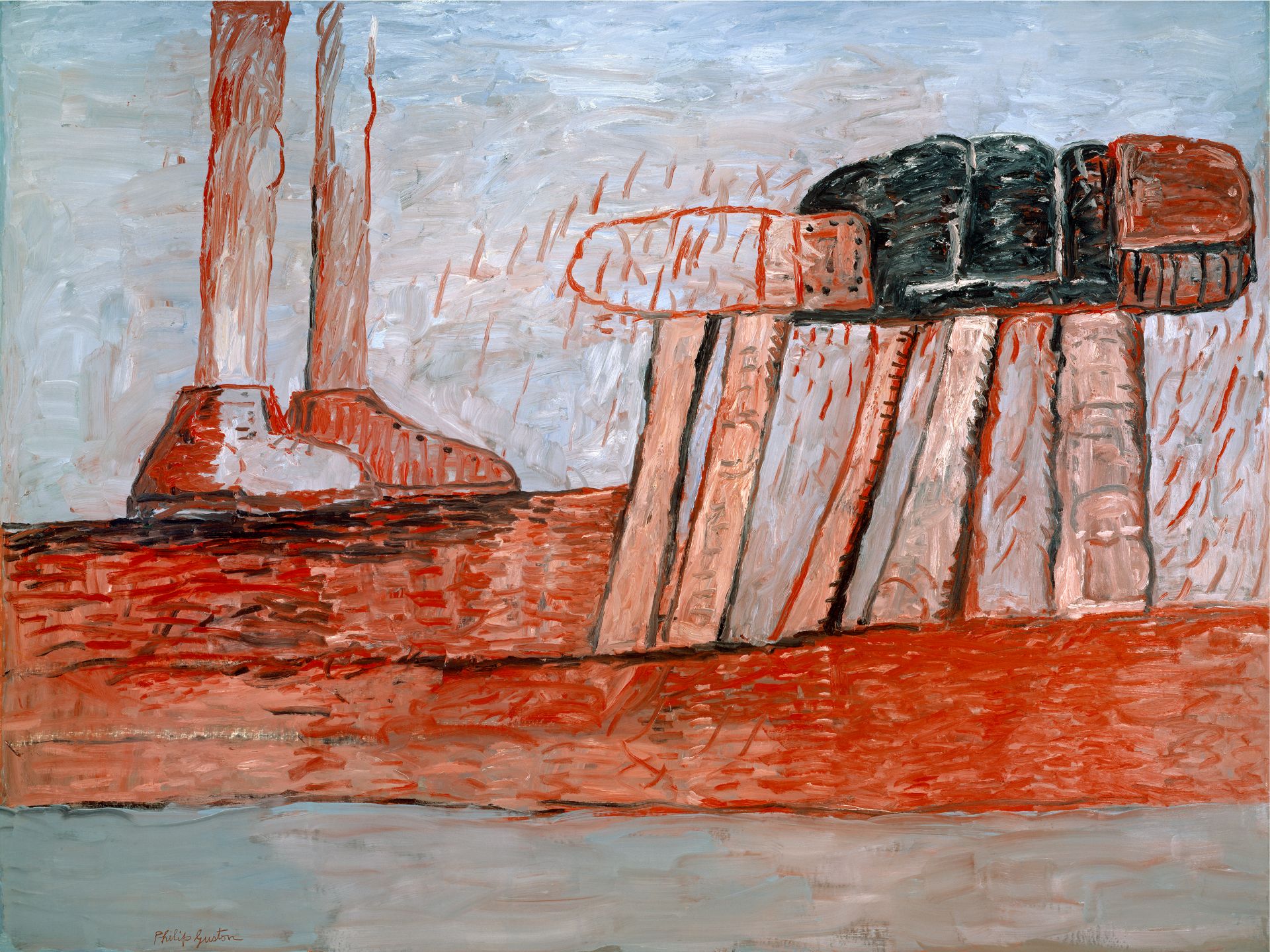 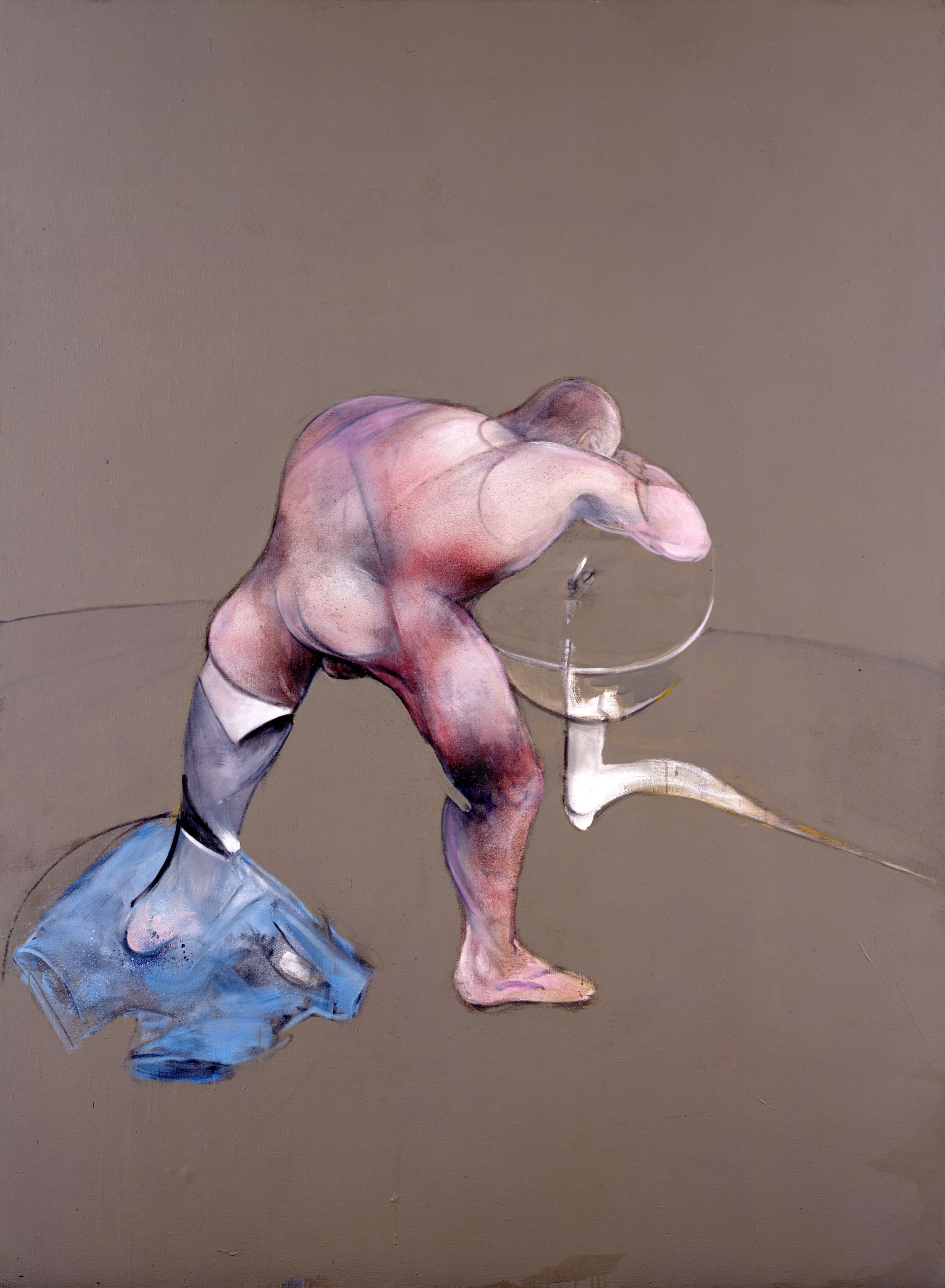 Courtesy the artist and Marlborough Chelsea 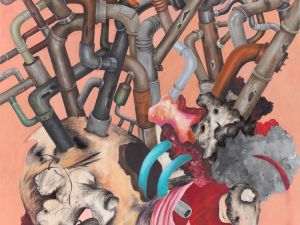 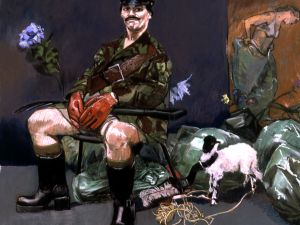 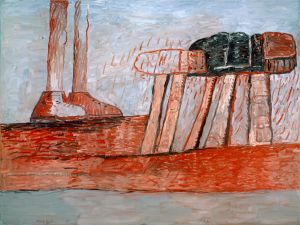 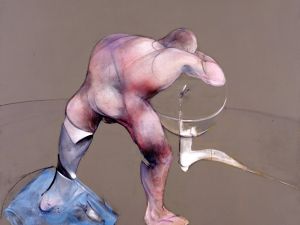 It doesn’t seem possible to make war paintings boring. But that is what the young Iraqi-born, New York-based artist Ahmed Alsoudani has managed with the three pieces included in this overly ambitious group show: in his hands, not only war, but history and physical and psychic mutilation have been rendered, well, dull. His work is featured alongside that of three esteemed painters who are similarly interested in psychologically traumatic strains of figuration: the tortured, uneven Brit Francis Bacon, the transcendent, curveball-pitching American Philip Guston and the lesser-known British-Portuguese artist Paula Rego. Even when these painters are not at their best—and Marlborough is displaying average pieces by them—they handily outmatch him.

Mr. Alsoudani’s three large untitled paintings are of jumbles of cartoon-like objects and figures made with charcoal and bright acrylic on unprimed canvas. A purple glass bottle, piles of clothes and a garbage can are scattered about in one; metal pipes sprout from malformed heads in others. It’s strange to say, given their content, but there is not the faintest emotional or intellectual tug in any of these barely distinguishable works. There’s not even a hint of movement. The richly colored tangles hover in blank space, waiting for something to happen, for some sort of form to cohere or narrative to develop. Sadly, they’re just stuck there.

Two Bacons from the last decade of his career each offer a twisting nude male body—one headless, one with face turned away, at a basin—set against stark backgrounds, which have clearly had an influence on Mr. Alsoudani’s own compositions. However slight these paintings may be, their fleshy, bruised-looking bodies at least evince some drama. The Guston painting, Lower Level (1975), from his late-career move into fraught, faux-naïve figuration, outshines all of the above. All reds, pinks and blacks, it shows two legs that have come upon what may be a mass grave.

Ms. Rego’s two pieces crackle with caricatural humor. The largely black-and-white triptych drawing Human Cargo (2007-08)—it addresses human trafficking in Britain, according to the gallery’s news release—has various frightful characters pawing, beseeching and generally eyeing one another, while Interrogator’s Garden (2000) is a goofy pastel on paper of a soldier, his earnest expression undercut by the fact that he is sans pants.

Many superb artists today imbue figurative painting with rich personal, historical and allegorical meanings—Natalie Frank and Rita Ackermann come to mind. By throwing the spotlight on some of their forebears, this show manages to feel timely.