Atlantic County Freeholder Charles Garrett today announced his intention to seek the Democratic nomination to run for the office of Mayor of the City of Atlantic City.

“For far too long Atlantic City has been the prime example of a tale of two cities,” said Garrett, who’s challenging incumbent Mayor Lorenzo Langford. “It is a city where billion dollar developments are a stone’s throw from residential neighborhoods that are plagued with the scourge of drugs, violent crime, and rampant unemployment. It is a City where senior citizens feel less safe and homeowners face rising property tax bills. It is a City where the city fathers and the industry leaders have not united in order to ensure the benefit of all who live and work in the town. Atlantic City is at a crossroads. Atlantic City can choose the path of reinvention and emerge a world class destination resort or it can recede in its position to its competitors. With the right leadership and an effective leveraging of the resources available, the city can rise from being a ‘Tale of Two Cities’ to being a ‘Model City’ to be imitated by others.

“After much soul searching and careful deliberation with my wife, family and close friends I have decided to run for the office of Mayor of Atlantic City because I believe that I can provide the type of leadership that this City needs,” added the mayoral candidate. “I feel that it is my obligation to give back to a City that has given me so much.”

For approximately 17 years prior to going to work for Atlantic County Government in 1987 Garrett was an entrepreneur owning and operating a clothing store and a florist in Manhattan. He was also an independent taxi cab operator in Atlantic City.  Garrett is the Manager of Community Relations with the South Jersey Transportation Authority. Garrett was born and raised in Atlantic City where he resides with his wife Augusta. He is the father of two children. 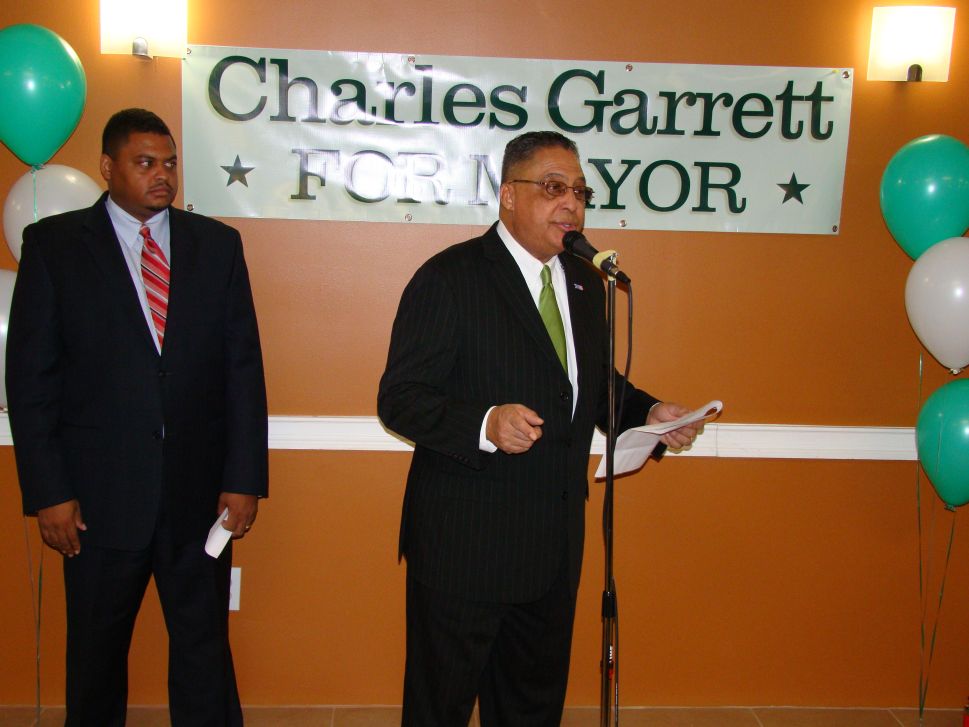