At noon on a recent Friday, 40 people filed into Yoga to the People’s 27th Street hot yoga studio. “We’re going to be doing a new class today,” instructor Lindsay Dombrowski announced. “It’s going to be super-intense.”

Wearing a tight tank top and short green shorts, Ms. Dombrowski led her nearly naked pupils through a series of poses, or asanas. At one point, instead of stretching into the Awkward Pose, in which students squat with their hands jutting outward, she directed them to the Thunderbolt Pose, in which students’ palms stretch directly overhead.

The position swap was one of six changes that the studio’s instructors have made to the traditional Bikram Yoga regimen, a sequence of 26 yoga moves promoted by Bikram Choudhury and taught in Bikram studios around the world.

Until very recently, fiddling with Mr. Choudhury’s tightly guarded yoga practice in any way would have been a heresy tantamount to dashing off new verses for the Bible. In the same vein, the use of the poses in uncertified studios was fiercely forbidden.

The new poses at Yoga to the People, which debuted earlier this month, are the result of a legal settlement between the studio’s founder, Greg Gumucio, and Mr. Choudhury, who sued Mr. Gumucio last year for copyright infringement, among other complaints.

For more than 30 years, Mr. Choudhury has carefully guarded his 90-minute regimen, performed in 105-degree rooms, by copyrighting the order of the positions, charging aspiring teachers large training fees and insisting upon complete control of the practice. Mr. Choudhury has ferociously protected his franchise, suing numerous protégés for infringement and shuttering their studios. 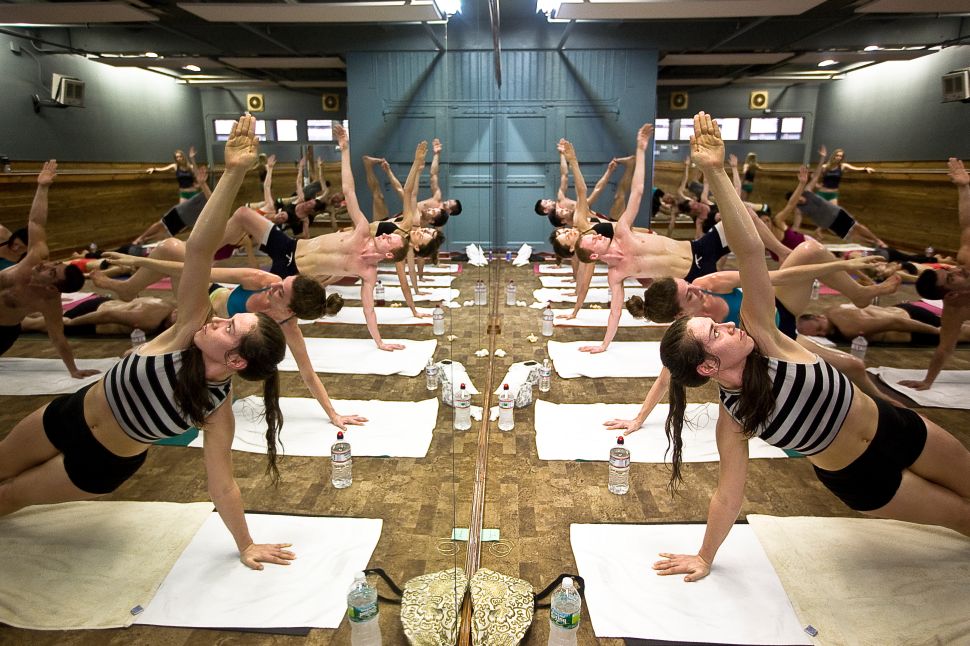