Bill de Blasio has had it with Mayor Michael Bloomberg.

Mr. Bloomberg gave his final State of the City address last week, earning a round of condemnations from some of the Democratic mayoral hopefuls who wish to replace him, including Comptroller John Liu and former Comptroller Bill Thompson. Yesterday, on Up Close with Diana Williams, Mr. de Blasio joined the mayoral peanut gallery.

“Ah!” Mr. de Blasio exclaimed when asked about Mr. Bloomberg’s ominous warnings concerning what will happen without his leadership in City Hall. “You know, he sounded a little royal when he was talking about [how] after him everything’s going to fall apart. I’m a little sick of this way of thinking about the world.”

Mr. de Blasio proceeded to cite former Mayor Ed Koch as an example of a “different leader” who could accomplish Mr. Bloomberg’s job despite lacking his personal wealth.

“We just lost Ed Koch a few weeks ago, one of the greatest mayors we ever had,” he said. “The ultimate everyman. This was not a guy who was a billionaire by any stretch of the imagination. He took us out of the worst crisis we’ve ever faced financially. So, I’d just like Bloomberg to acknowledge that there’s lots of different leaders in the world who could do a good job.”

“That speech acted like everything is fine in New York City,” Mr. de Blasio argued. “Didn’t acknowledge what a lot of middle-class and working-class people are going through in terms of struggling economically. Didn’t acknowledge that our schools are failing a lot of our kids. And I think people want a new direction.” 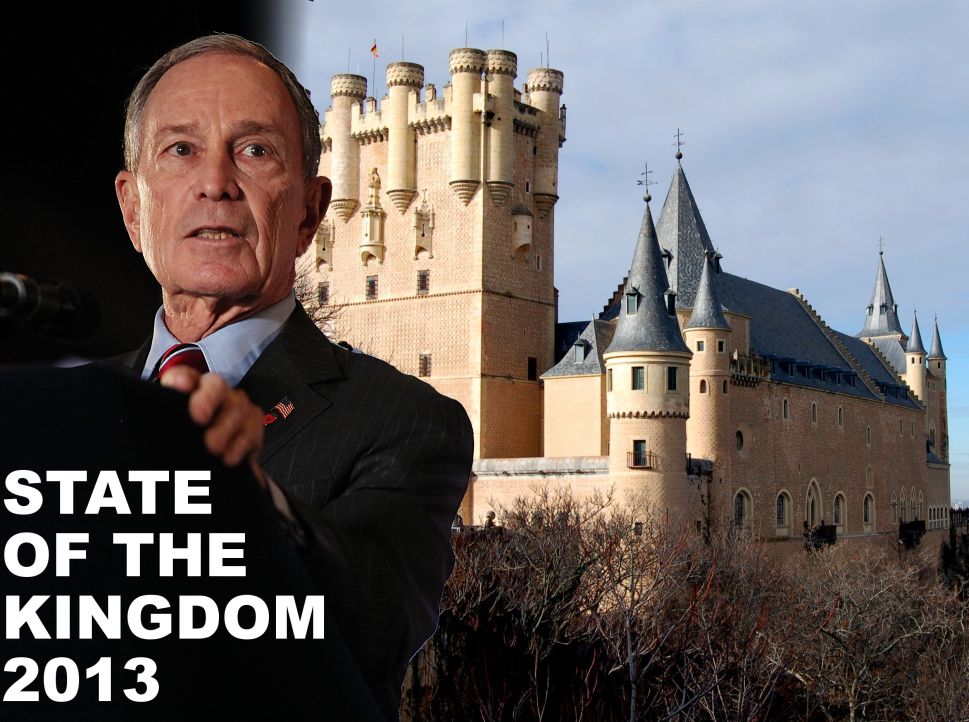