Facebook agreed to remove pages created in tribute to victims of the tragic shootings at Sandy Hook Elementary School, at the request of Connecticut lawmakers. Some of the pages purported to honor the victims were being used to harass victims’ families, the lawmakers said. [CBS News]

Foursquare is adding Visa, Mastercard and debit cards to its check-in deals program as it attempts to expand an existing revenue model. The company has let users pay for the deals—which users can access after checking in at participating locations—with American Express since 2011. [AllThingsD]

The U.S. government wasted millions of dollars in its attempts to expand broadband wireless service, according to a Republican congressman. [Bloomberg]

Thomas Pynchon’s next novel is said to be set in Silicon Alley, in the period between the dot-com boom and the terrorist attacks of September 11; here are some rejected plot lines. [PandoDaily]

The Visual Effects crowd is pissed off, and rightfully, it seems, about the lack of airtime it was afforded during the Academy Awards on Sunday. Television broadcasts largely ignored demonstrators protesting the state of the VFX industry, in which many jobs have been shipped overseas; meanwhile, the Oscar winner for VFX had his speech cut short, and Ang Lee, who won Best Director for his CGI-heavy Life of Pi, forgot to thank his VFX man. [The Big Social Picture]

Uber is signing up drivers in San Francisco; no taxi license needed, but there will be a test. [Engadget] 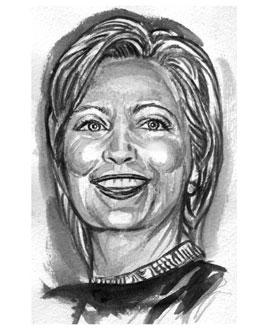