Jackson faced Karen Turner, founder of Concerned Citizens for Montclair, and Harvey Susswein, a management consulting executive. According to Bronstein and Weaver, a Survey USA poll commissioned by a local news outlet had Karen Turner up nine points on Jackson and 10 on Susswein – Turner 33%, Jackson 24%, and Susswein 23% – 14 days before the election.

Aided by de Koninck and the firm’s aggressive mail attack (see accompanying visual), Jackson took 50% in the three-way race, swinging 30 points in his favor in the final two weeks. Montclair 2012 won four out of the five council seats. 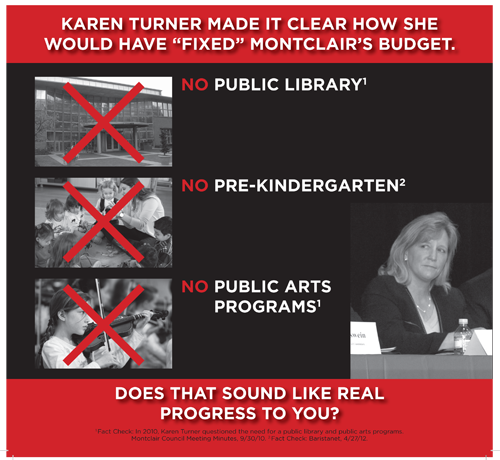