Michigan discount furniture magnate Archie Van Elslander just picked up a pad at The Mark, and something tells us he won’t be furnishing it with items from Art Van Furniture, his Warren, Michigan-based company.

The Mark, perched on Madison Avenue at 25 East 77th Street, has had a tough time selling since its pre-recession cond-op conversion, though the hotel has had no such problems of late. During Hurricane Sandy, it served as a temporary home to a handful of notable downtown refugees, including Anna Wintour, Marc Jacobs, Katie Holmes and Russell Crowe.

Perhaps they were attracted by the Jacques Grange-designed interiors, or maybe by the custom-made Vladimir Kagan cowhide chairs—which we hope won’t be sticking any weary occupants with exposed staples, a problem that some Art Van customers have complained of. (A source familiar with the sofa honcho’s wares also complained of a persistent, low-grade depression brought on by the bargain furnishings.)

Mr. Van Elslander picked up his new three-bedroom, 3.5-bath spread on the twelfth floor for just a hair under $7 million ask (that is, one of your hairs is worth $24,075), paying $6.97 million for the sponsor unit. Which sounds like a triumph for developer Alexico Group, but it’s a sizable discount from $9 million—what the unit was listed for when it came on the market last March. Maybe the Alexico Group was tired of sitting on its units, which has closed on just a few units since the start of the recession? In any case, Lydia Sussek of Corcoran Sunshine apparently did a better job listing the unit than her rivals at Sotheby’s managed with their much larger three-bedroom on the fifteenth floor, which sold in October for a miserly $10.6 million, nearly a third off its asking price of $15.75 million.

As for the $60 million penthouse, developer Izak Senbahar told the New York Daily News that he won’t consider lowering the price. “It’s one of the most desirable addresses in the world,” he said, explaining his steadfastness on the unit’s pricing. “Plus, I’m very stubborn.”

“The business plan from the get-go was to make the Mark an uptown mecca,” Mr. Senbahar told the Daily News, and while that’s worked out for the hotel component, the building’s latest buyer is slightly less distinguished. Mr. Van Elslander is rumored to be the inspiration behind gym owner Mark Steel’s self-published novel Grosse Pointe Pimp, which chronicles the couch kingpin’s “alleged dalliance with a woman half his age while married to his wife of over 50 years.”

Mr. Van Elslander is also known around the Detroit area for his elaborate Christmas light arrangements at his home in Bloomfield Hills, Mich., as well as at Art Van stores throughout the region. And while the Mark’s cond-op structure means he has a bit more leeway in what he does with his unit than in a classic co-op, we suspect the board would not look too kindly upon a similar display on East 77th Street. 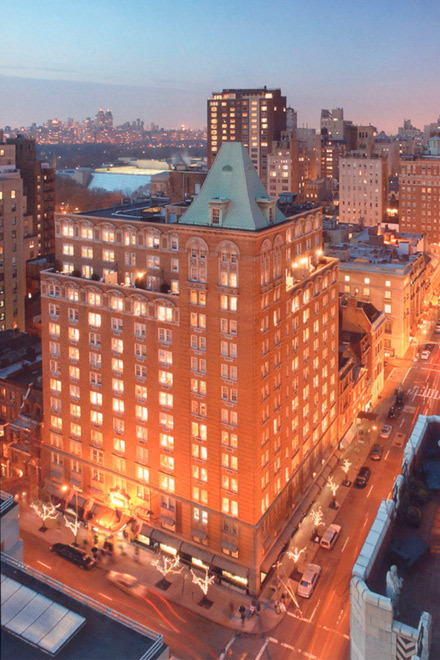