At a breakfast meeting with Republican county chairs this morning, Gov. Chris Christie told GOP leaders to not get overly confident about the 2013 general election.

State Sen. Barbara Buono (D-18) launched her campaign for governor this past weekend, and NJTV star Michael Aron in a column subsequently shot down the much buzzed comparisons of Buono to failed Democratic candidate Peter Shapiro, walloped in his 1985 challenge of then-Gov. Tom Kean, Sr.

In brief remarks to the chairs this morning, Christie also told Republicans to stop with the Tom Kean talk.

Riding high in the polls, he doesn’t want expectations to be too high, speculated a source present for the governor’s political pep talk.

Just in case anyone in the Drumthwacket crowd wondered what the governor’s focus will be over the coming months, he reminded them that he has his head down on Hurricane Sandy relief and reconstruction.

“There’s a lot of work to be done,” Christie told the GOP chairmen.

The race isn’t a done deal – and don’t go around saying it is, a source in the room said Christie said. 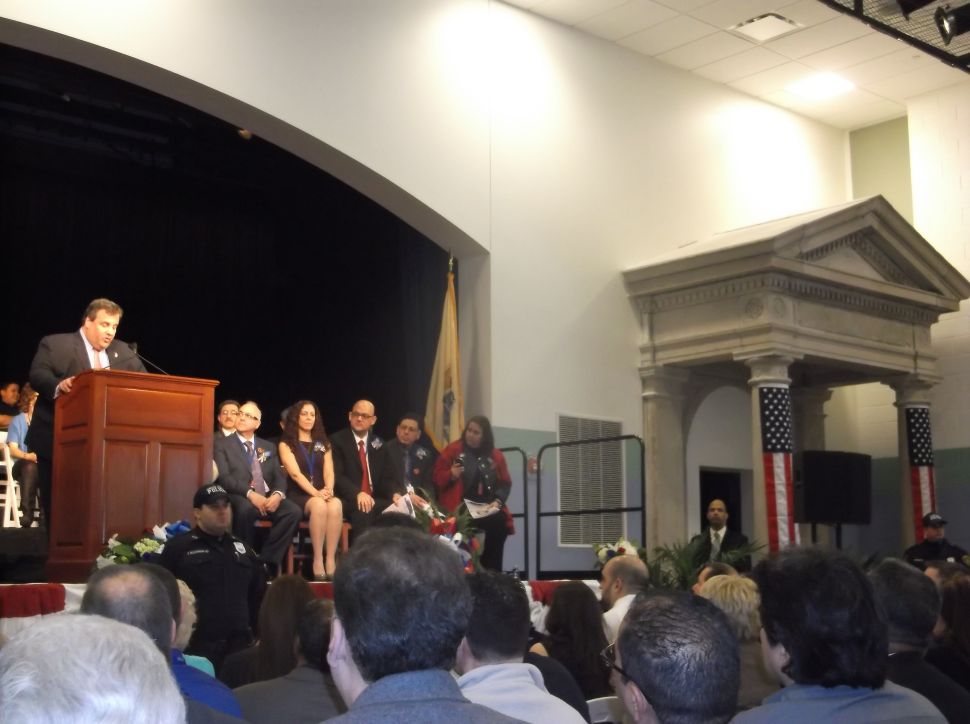