Christie’s has raised the buyer’s premium at its auctions for the first time since 2008, according to Carol Vogel in The New York Times.

Here’s how the premium breaks down, courtesy The Times‘ ArtsBeat blog:

The other major auction houses have not yet announced plans to change the buyer’s premium, but as Ms. Vogel notes, “when one auction house increases its fees the others follow.” 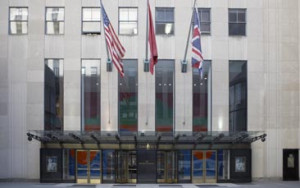