This morning, Queens Councilman Eric Ulrich took to his Facebook page to post a scathing review of Mea Maxima Culpa: Silence in The House of God, an HBO documentary on the sex abuse scandals that have rocked the Catholic Church. Mr. Ulrich had several issues with the film, which he characterized as “an exploitive and biased account of a dark chapter in the history of the Catholic Church.”

“As a proud Roman Catholic, I am truly offended by the blatant bigotry contained in HBO’s so-called documentary Mea Maxima Culpa: Silence in The House of God,” Mr. Ulrich wrote. “It accuses His Holiness Pope Benedict XVI of being complicit in covering up sex abuses cases involving Catholic priests and unfairly criticizes the late Pope John Paul II. Above all, its chock full of anti-catholic rhetoric and demonizes members of the clergy (most of whom are dedicated, compassionate and pious men).”

Mr. Ulrich went on to criticize the movie for not noting the things the Church has done to combat sexual abuse in the wake of the scandals.

“The film does not include any of the steps the church has taken to protect children nor does it accurately depict how the church has tried to heal the emotional and psychological suffering of sex abuse victims. Instead, it glorifies trial lawyers as moral crusaders,” wrote Mr. Ulrich. “If you’re looking for an exploitive and biased account of a dark chapter in the history of the Catholic Church, this film is for you.”

Mea Maxima Culpa premiered on HBO February 4 and is airing on the cable channel throughout the month. It was directed by Oscar winner Alex Gibney and focuses on a number of sex abuse cases, the ensuing lawsuits and criticizes how the Pope and other Church officials responded to the situation. Politicker reached out to HBO to discuss Mr. Ulrich’s gripes with the film, but as of this writing, we have yet to receive a response. 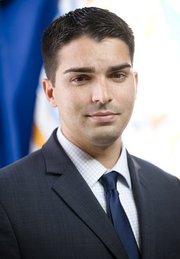