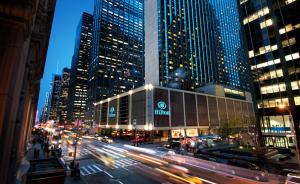 Despite its name, “The Future of Art Magazines” panel discussion at the College Art Association’s 101st annual conference earlier this month was devoted less to divination than to discourse on the past and present of art glossies. Chaired by Art in America editor, Lindsay Pollock, the panelists assembled at the massive Hilton New York in Midtown to speak on a number of pressing issues—and occasionally spar with one another.

Dan Fox, senior editor at Frieze, told an audience scattered throughout an elaborate ballroom on the third floor how one must think of “publishing as broadcasting,” citing his own magazine’s mix of online content, videos and events that complement its print product. “I think a magazine these days is something you have to think about in three dimensions rather than two dimensions,” he said.

Ben Davis, executive editor of Artinfo, took that sentiment a step further. “It’s less like producing an object and more like you’re in charge of a hose, spraying stuff through it,” he said of his online efforts. Mr. Davis said that, while he cares about site traffic as one metric of success, reeling in thousands of readers isn’t his only ambition. “I don’t really care about having the hugest readership in the world,” he said. “I think your readership ultimately should be artists and people who care about art. The reality is that’s always going to be a pretty small audience relative to the people who tune in to the Super Bowl.”

The panelists also addressed one of the banes of the art-journalism profession: low wages. With many writers unable to subsist solely on criticism, an increasing number of writers are doubling as independent curators. Mr. Fox pointed out that this arrangement creates conflicts of interest in terms of coverage. The pay also limits who can pursue criticism at all. If writers are not well compensated, he said, “It just becomes a profession for kids with trust funds.”

It wasn’t all harmonious, though. Triple Canopy Director Peter Russo and Anton Vidokle, a co-founder of e-flux, which publishes a journal, clashed over “International Art English,” a much-discussed and very droll essay published in Triple Canopy that mocks the often-obtuse language of art institutions (“IAE rebukes English for its lack of nouns: Visual becomes visuality, global becomes globality, potential becomes potentiality…”). It has continued to circulate widely since it was published last summer, and just a few weeks ago The Guardian interviewed its authors—Alix Rule and David Levine—who used thousands of gallery and museum press releases culled from the archives of e-flux (which provides an e-mailing service for them) as its evidence.

Mr. Vidokle argued that using press releases from all over the world, often written by non-native English speakers, seemed “a little bit ungenerous.”

“It’s just the wrong thing to analyze,” he said. “Maybe they should have analyzed press releases from Chelsea galleries from the last 20 years and they would have had a much more normal English-English.”

Mr. Russo stated that “e-flux presented an easy database to comb through” for examples of the pseudo-academic language perpetuated by museums and galleries.

“I’m sorry to interrupt, but this is really the key word. It was ‘easy,’ but it was the wrong [archive],” said Mr. Vidolke.

“If it wasn’t e-flux, I’m trying to think of another service that distributes art-press-release writing at that same scale,” replied Mr. Russo. “I don’t know of one. So maybe easy wasn’t the right word and again it was certainly not an attack…on e-flux.”

“The thing that bothers me is just, as an immigrant myself and somebody that speaks English with an accent and always has to work in an environment—like this one—where there are five native English speakers sitting at the table…I find it a little bit strange that there was no differentiation made in the article between samples from people in Spain who were trying to say something in English and coming out with really strange and awkward terms and press releases published by MoMA or the Whitney or some Chelsea gallery.”

Mr. Russo called on one of the article’s editors, Alexander Provan, who happened to be in the audience, to respond.

“I think those distinctions were very much made and the article was entirely about the history of a particular mode of criticism and how it is now being mimicked by international institutions that are dominated by people who don’t speak English as a first language,” said Mr. Provan. “International institutions and non-native speakers are compelled to imitate that form, and I don’t think the article—”

“Because foreigners always imitate something, right?” interjected Mr. Vidokle. “This is like the typical colonial argument,” he said, eliciting mingled groans and claps from the crowd.

A half-amused, half-uneasy Ms. Pollock hastily recaptured the microphone and redirected the conversation.