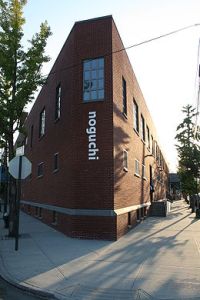 The Noguchi Museum in Queens announced today that Dakin Hart has been appointed senior curator. He will be responsible for the museum’s “curatorial affairs, publication planning and logistics, and the care and interpretation of the collection,” according to a press release.

Mr. Hart, an independent curator and researcher, organized a retrospective of Davi Det Hompson that is on view now at the ZieherSmith Gallery in New York, as well as the recent “Sculpture in So Many Words: Text Pieces 1960-1980” at the Nasher Sculpture Center in Dallas, where Mr. Hart served as assistant director between 2002 and 2004.

Jenny Dixon, the Noguchi’s director, said in a statement: “His background and experience in both nonprofit arts administration and curatorial work will enable him to contribute a broad range of the museum’s programmatic and scholarly initiatives as it approaches its thirtieth anniversary.”