TRENTON – As it did last year, The N.J. League of Municipalities asked today for a restoration of energy tax receipts.

The bills that would return the funds to the towns, rather than having the state control them, passed both houses last year, with bipartisan support, but Gov. Chris Christie vetoed them.

East Windsor Mayor Janice Mironov, head of the League, said the energy tax receipts are really “municipal money,” and are needed to ease the tax burden of residents.

“Property taxes is still the top concern,” she said as the League’s annual  Mayors Legislative Day got under way Wednesday at the Statehouse Annex.

Senate President Steve Sweeney, (D-3), of West Deptford, who has pushed for bills for consolidating town services, agreed. He said the current system of taxation amounts to “a shell game.”

“They are meant for them,” he said. “It is their money…We’re telling them to do more for less. If we’re starving the towns, they’re forced to raise taxes.”

But Assembly Minority Leader Jon Bramnick, (R-21), of Westfield, said Gov. Chris Christie is still trying to right the ship that had been mismanaged for so many years, and he said Christie inherited an “11 billion-dollar mismanagement deficit.”  He added that nothing fiscally can be done on “a piecemeal basis.”

“It’s a nice political concept, but we have yet to find out where we’re going to get it from,” he said.

He said the Democratic bills last year that focused on returning the energy tax receipts to towns never specifically addressed that issue.

“We identified sources of revenue (to the administration),” she said. “We’d identify a roadmap on how to do it.”

A possible legislative remedy is working its way through committees. A2753/S1923 would mandate the receipts be paid directly to the towns. 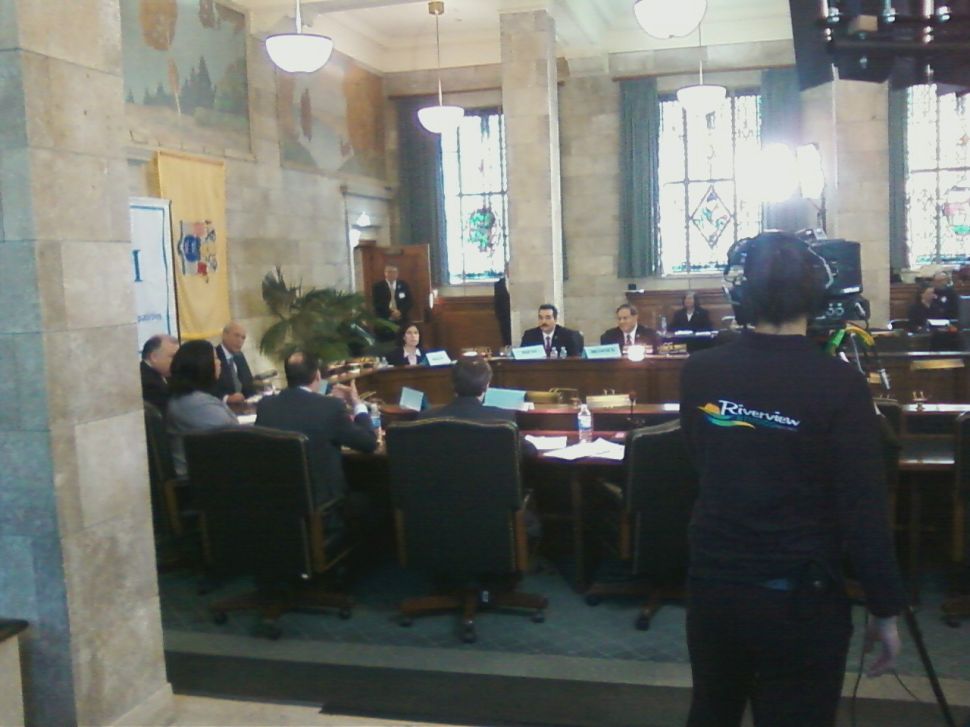