As the old saying goes, politics makes strange bedfellows, and that is certainly true in this year’s mayoral election. One dark-horse candidate is being backed by an alliance made from an odd coupling of religious Jews and Evangelical Christian Latinos to support his socially conservative yet resolutely Democratic agenda. In a city—and a mayoral race—where even Republicans tend to be socially liberal, a religious, right-wing Democrat is certainly a novelty. But Pastor Erick Salgado would like to be more than that. Mr. Salgado, who lives in Staten Island and claims his Iglesia Jovenes Cristianos, or Churdch of the Young Christians, now has “around twenty” congregations “in the New York area,” said Jews and Christians with conservative religious beliefs have been denied “the respect that they deserve” from the city’s dominant political party.

“We are Democrats; we don’t want to do this in another party, we want to do this here in this one,” he explained to Politicker when we spoke with him last week in a small campaign office a few blocks from one of his churches in Bath Beach

Mr. Salgado, a barrel-chested man who punctuates many of his sentences with a broad smile and a thick Spanish accent, was accompanied by several Orthodox Jewish political operatives who came in and out of the room throughout the conversation and a two-man security team, complete with Secret Service-style earpieces. Even after launching his mayoral bid earlier this year, Mr. Salgado still manages to preach before his flock multiple times a week. The messages he espouses in his church are markedly different from the philosophies of the other Democrats and even the Republicans in the mayor’s race. All of the five major mayoral candidates are pro-choice and pro-same-sex marriage. Mr. Salgado stands out; he has made a name for himself railing against “mortal sins,” including abortion and homosexuality.

This discord is precisely what Mr. Salgado hopes will help him appeal to a disparate collection of religious groups he wants to coalesce into something like a conservative wing of the New York City Democratic Party. And Mr. Salgado fully intends to make an impact in the race. Since launching his campaign, he has attended a series of Democratic-oriented events, sent out regular press releases announcing clergy endorsements and even a lined up a de facto campaign manager in the form of Gregory Davidzon, an influential Russian-language media mogul and power broker who’s been profiled in The New York Times and Wall Street Journal. Along with participating in fundraisers and connecting Mr. Salgado to Brooklyn’s Russian-Jewish community, Mr. Davidzon hasn’t been shy about praising the candidate on his weekly radio show.

“By the way, my last person … [said], ‘I don’t know Erick Salgado at all,’” Mr. Davidzon said in an on-air interview earlier this month, labeling his candidate “the only one conservative Democrat in the race” while speaking with an accent even thicker than Mr. Salgado’s. “So our goal [is] to make sure that people know you more and more. Know your positions. Know you’re the person.”

Mr. Salgado can play the part too, tailoring his message to the local Russian community’s strong Zionist tendencies with Mr. Davidzon’s help. In the interview, for example, Mr. Salgado spent most of his 20 minutes blasting Brooklyn College for hosting a forum that criticized the Israeli government while declaring himself “pro-Israel 100 percent.”

“It’s a shame to accept this behavior in a college. In a college that is in the heart of Brooklyn where we have the biggest Jewish Orthodox community,” Mr. Salgado said. “This forum could ignite a more hates behavior again against people from Israel, here and in Israel as well. The forum is dangerous to us.”

Joseph Hayon, an Orthodox Jewish activist and early supporter of Mr. Salgado’s, was particularly emphatic about the Christian candidate’s interfaith appeal. He cited Mr. Salgado’s stance on Mayor Bloomberg’s restrictions against a controversial circumcision process and a host of other policy issues as portions of his platform that appeal to religious Jewish voters.

“Erick Salgado will do everything he can to make sure that the circumcision regulation will be repealed,” Mr. Hayon told us. “He said he would repeal it. He’s going to be 100 percent on the issues that we care about. Most issues that Orthodox Jews care about will not affect Gentiles. Circumcision does not affect Gentiles. [The Women, Infants and Children program] having kosher grape juice, that’s not going to affect Gentiles. Yes, marriage is going to be something that affects them, that’s probably the only thing. And abortion [and] vouchers.”

Mr. Salgado has indeed vowed to address concerns religious voters have about abortion and education, where parents who send their children to private, religious schools have long clamored for vouchers to defray their costs. Though his stance against gay marriage garnered a great deal of attention in the early coverage of his campaign–his most prominent backer, Bronx State Senator Rubén Díaz Sr., made a name for himself opposing New York’s marriage equality law–Mr. Salgado conceded gay marriage, abortion and religious education are all issues largely beyond the purview of City Hall. At the same time, Mr. Salgado said he has identified some potential policies the mayor could pursue to address some of these issues.

“As mayor, I cannot prohibit abortion because, you know, that would depend on the federal government, but there’s a lot of things we could do,” explained Mr. Salgado. “They’re running a program with the morning after pill, giving a young child 12 or 13-years-old the morning after pill without the consent of the parents.”

Rather than strictly a religious issue, Mr. Salgado sees abortion as a problem for ethnic minorities in general.

“In minority communities, when you see the statistics of abortion in African-American communities, it’s almost sixty percent and Spanish [communities], fifty percent,” said Mr. Salgado. “I believe there’s an agenda to limit us over here. They are killing us and what am I supposed to do? Allow all of these liberals to go over there and continue killing my people? No, I’m standing up and I’m going to prevent this from happening.”

In many ways Mr. Salgado sees his background as a man of God as something that should give his mayoral bid appeal to minorities and low income communities beyond the religious community. Along with his conservative positions on social issues he also cites a desire to push for immigration reform as an impetus for his run.

“You have to understand, I believe in separation between the state and the religious institutions,” said Mr. Salgado. “At the same time, they don’t have to be enemies. They are serving the same kinds of communities and, whenever disaster happens in New York City … who do they call? They call the religious leaders, because we’re not here only to provide a religion, we’re here to help people in the community.”

Like the religious community, Mr. Salgado believes Latinos have been taken for granted by Democrats. Born in the Bronx to Puerto Rican parents, Mr. Salgado is the only Latino Democrat running in any of the citywide campaigns this year, including for mayor, comptroller and public advocate. Mr. Salgado believes this demographic advantage and the fact he is not a “career politician” will help him succeed beyond his nascent religious coalition.

As of now, Mr. Salgado is not making noise in the polls–in fact, he’s so far beneath the radar that pollsters haven’t bothered to include him as an option. Not a single rival campaign operative we talked to takes him seriously, but should the Democratic primary come down to a mere handful of votes, Mr. Salgado could potentially play a decisive role as a spoiler. Or, should no candidate meet the 40 percent vote threshold necessary to avoid a runoff, Mr. Salgado’s supporters could be a tangible part of the run-off coalition. One person active in Brooklyn’s Russian community told us they believe Mr. Salgado’s status as a potential threat to the main crop of candidates is actually Mr. Davidzon’s main reason for supporting his campaign in the hopes it will enable him to earn favors from the other hopefuls.

“It’s an insane move, but very typical of Davidzon,” the insider said. “He has these grandiose, but insane ideas and nobody can convince him otherwise.”

However, in spite of his long-shot status, Mr. Salgado maintains he is in the race to win it and will see it through to the end. His supporters also believe their interfaith, multi-ethnic, conservative, Democratic coalition is growing day by day.

“We are trying to put it together … with all the churches and the Christian community, Hispanic community, Bangladeshi community, all African-American communities and all the communities in New York that feel that we need a conservative Democrat,” Senator Díaz explained in an interview. “That’s the most important part of this thing, that mainly the people behind Erick Salgado, all the Jews, the Russians and … the Polish in Brooklyn. … It’s a very nice coalition. I’m working on it and I’m very proud of it.”

Mr. Salgado and his motley crew have certainly proven interfaith bridges can be built among at least some of the city’s more devout religious voters. This may not be enough to win him a place in Gracie Mansion, but his campaign’s blueprint is certainly an interesting strategy that may make an appearance in other local races. 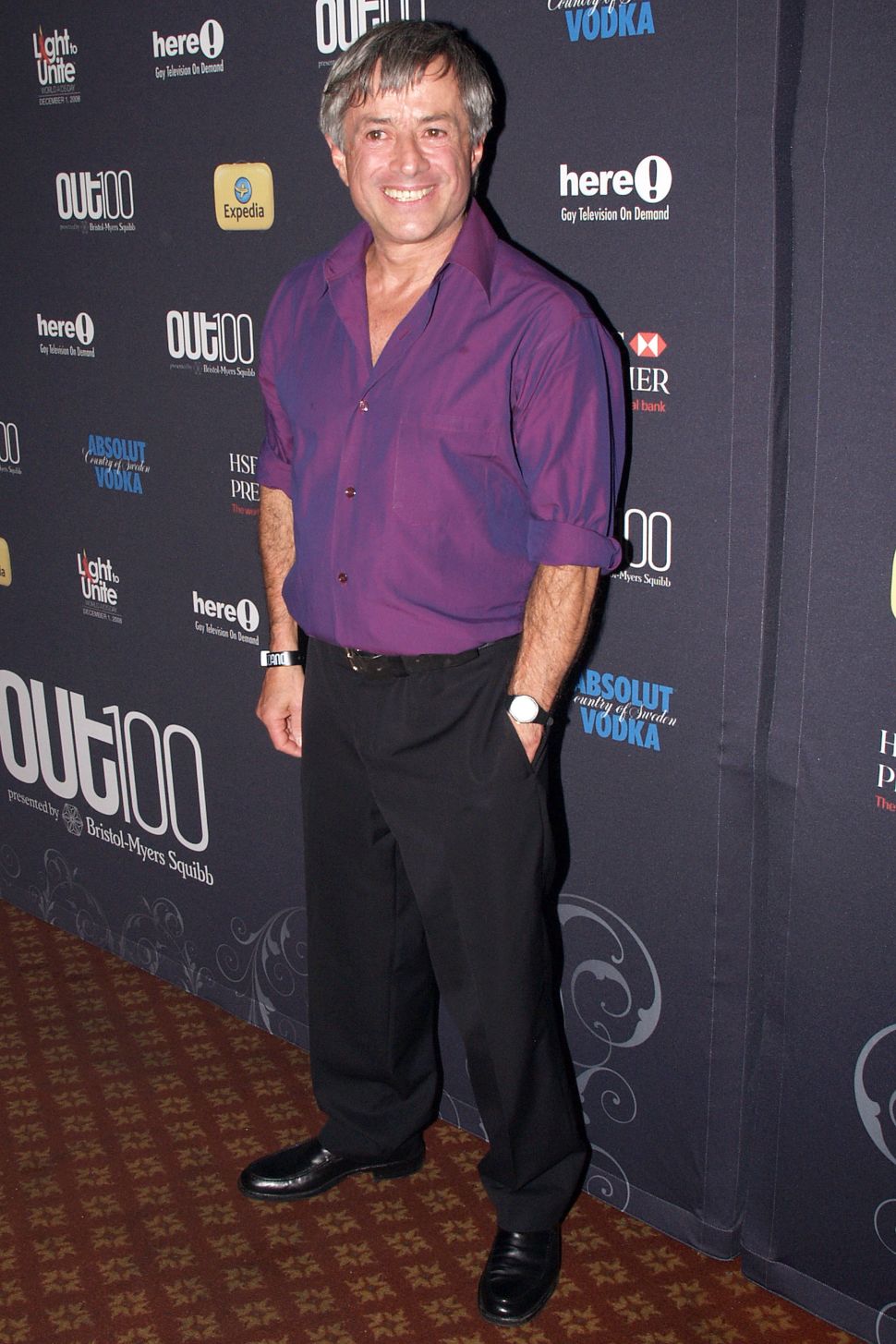