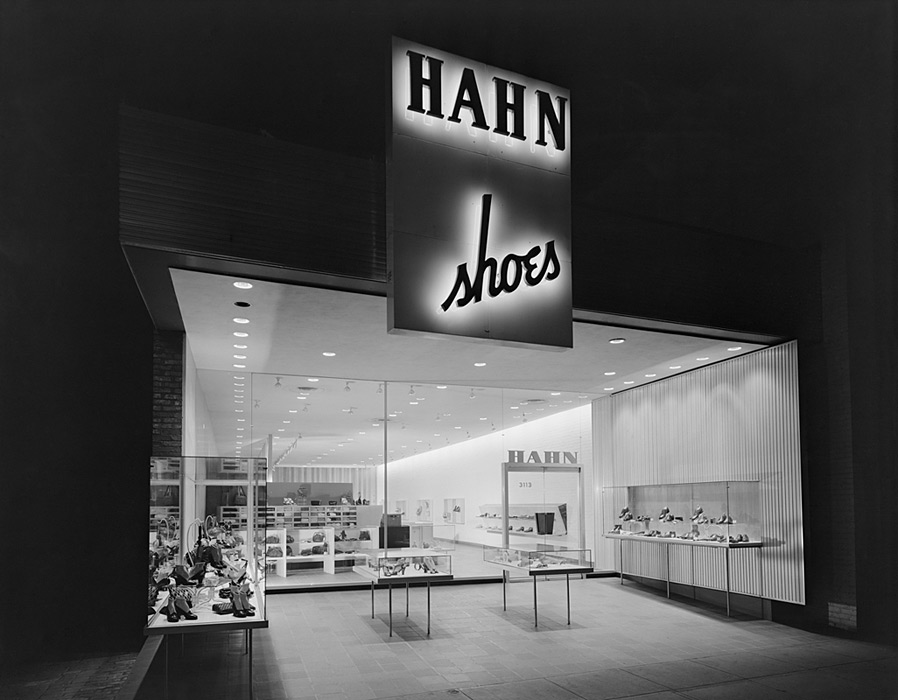 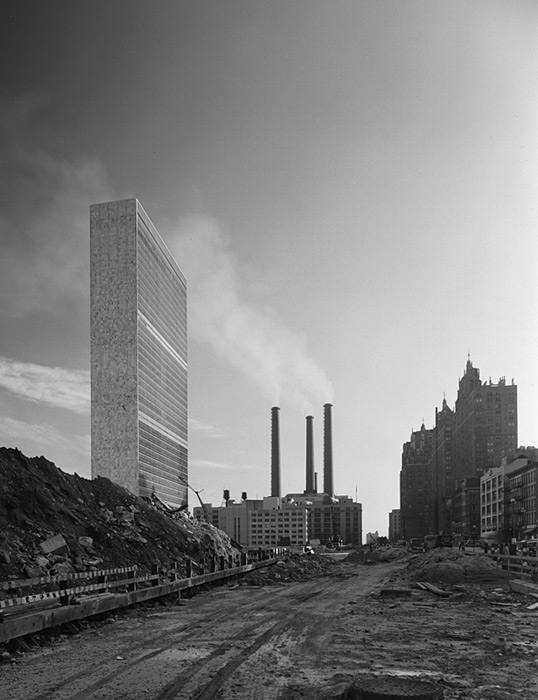 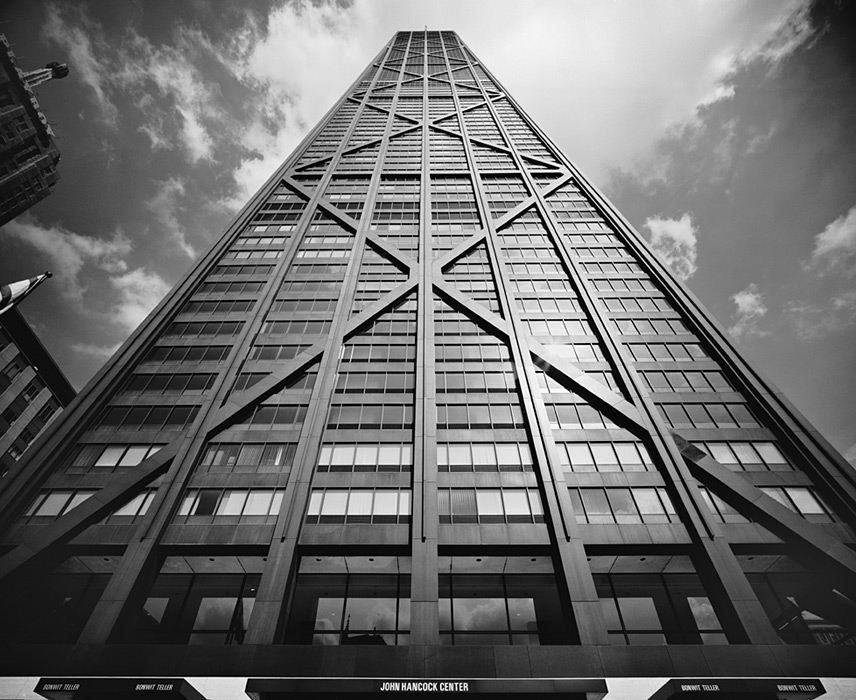 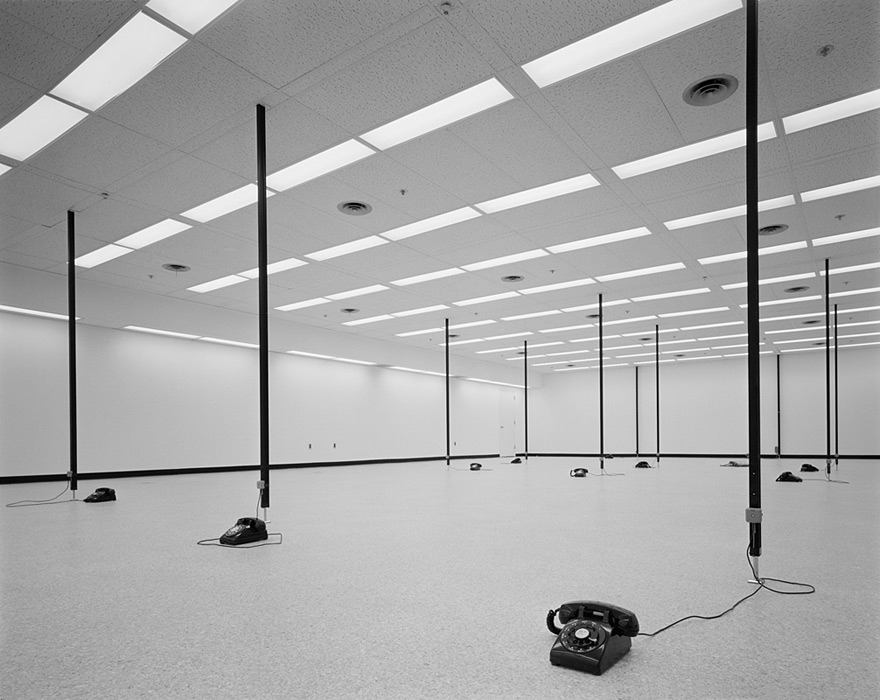 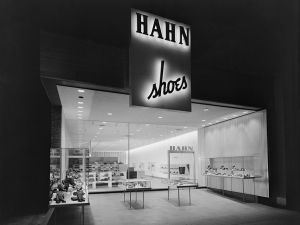 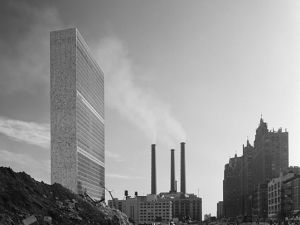 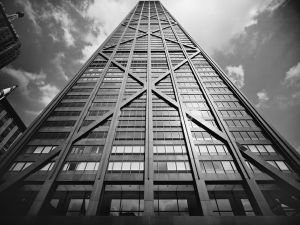 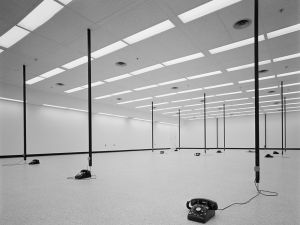 Both the appeal of and the problem with the late Ezra Stoller’s iconic black-and-white photography are on display in a 1962 silver print of Eero Saarinen’s TWA terminal at what used to be Idlewild Airport. This show—despite the furtive appearance of color in Stoller’s work and despite the show’s title—is, like Stoller’s reputation, dominated by triumphalist Modern architecture. Photographing the TWA terminal, he captured elegant concrete curves in a precisely framed composition of richly subtle gray graininess that achieves the perspectival unreality of an Escher drawing and a striking abstract beauty. (He did similarly incredible things with pipes, windows, machinery, Lifesaver and ketchup factories, and empty rooms, though the human beings can sometimes seem like an afterthought.) But Stoller, who produced more than 50,000 images in his lifetime (1915–2004), only shot on commission—for Fortune, for Architectural Forum, for corporate accounts—and his work ethic is everywhere as evident as the delicacy of his eye: no beauty or imperfect mortal experience is ever allowed to compromise the transparently documentary or communicative function of his images. On the one hand, this makes for an extraordinary economy: Consider a photo of Skidmore, Owings & Merrill’s John Hancock Building. Shot at ground level, it takes in a white concrete wall, enormous black steel girders, the sharply lettered sign of a Cartier store, an American flag reflected in the window, something of the street and architectural context and sky, a middle-aged woman in a fur coat, and a blurred younger woman on the move: the whole world, as seen from 1970 Chicago, in a single, forceful burst. But on the other hand, it doesn’t leave the viewer much entry except through Stoller’s own premises, and it can be difficult, after a series of failed American wars, September 11th, 1968, and 2001, to look at an eery alien monolith like the Seagram Building or the United Nations with the same credulous love that Ezra Stoller brought to them. (Through March 2)