Ms. Wolkoff is known in the industry as “General Winston”—a name bestowed on her by Anna Wintour, a career-long mentor who tapped her to become Lincoln Center’s director of fashion when Fashion Week was pushed out of Bryant Park by an ice-skating rink. Ms. Wolkoff, who had previously headed the Vogue-hosted Costume Institute Benefit at the Metropolitan Museum of Art, is credited with helping elevate it from an East Coast event to a star-studded couture pageant.

She is one of the many New York fashion success stories who owe their rise in large part to Ms. Wintour’s mentorship. Ms. Wolkoff was a client services manager at Sotheby’s when Ms. Wintour hired her to do PR for Vogue, despite her lack of fashion experience. Raised amid acres of farmland in the Catskill Mountains, the black-belt preferred working on her jump kick to reading magazines. “Fashion was not something that I knew about,” she said. “It just wasn’t really particularly interesting.”

But what Ms. Wolkoff did have was an intensely disciplined work ethic, which was solidified playing power forward for Fordham University’s Division 1 basketball team. The diligence of waking up for predawn practice drills developed a personal drive that became impossible to turn off. (To this day, she calibrates her schedule to the minute, opting to have a manicurist come in to do her nails at her desk so she doesn’t have to cut into family or work time.)

And she looks the part. Described by an associate as “the first person you see when you walk into a room,” Ms. Wolkoff came equipped with Vogue-worthy family associations: her stepfather is Bruce Winston, jeweler Harry Winston’s son.

“I didn’t have quite the understanding of the difference between Vogue, Elle, Harper’s and the rest of the world,” Ms. Wolkoff said, recalling her interview at the magazine. She was hired the same day. “I knew Anna Wintour was the editor in chief of Vogue, I just didn’t understand what it meant to wait around to meet with Anna Wintour. I didn’t lie that I read Vogue every day or that I grew up loving fashion, but I did know how to roll up my sleeves and do whatever it took to learn it.”

In the cosa nostra of fashion, Ms. Wintour’s blessing is likened to being “made” by a mafia boss. The wheels are slicked, critics are silenced and success is imminent. Accordingly, Ms. Wolkoff’s ascent at Vogue was rapid; she jumped from PR manager to special events manager to the head of the Costume Institute Benefit.

“The Costume Institute Benefit became my baby. It was something that I lived, breathed, day and night,” she said. “It was all about excellence. It was all about never taking ‘no’ for an answer from anyone in order to achieve the ultimate goal.” 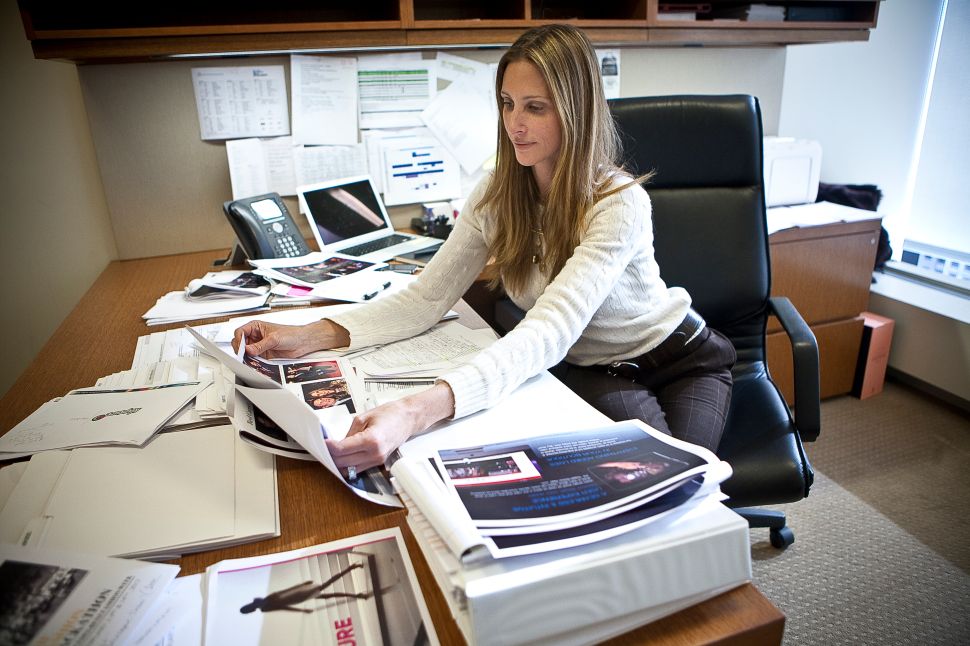