1. The philosopher Rene Girard developed the concept of “mimetic desire,” the theory that all of our desires are really borrowed from other people–we see someone else in the bath and then we want to get in–and that denying this very normal and natural fact will only lead to conflict and pain. Discuss at least two of the characters in this episode who embody Girard’s theory, and how it might have helped them navigate the sticky social situations they find themselves in.

I think I know what you are getting at here, and no, Marnie’s desire to be an adult was not a revelation born on the art of Booth…oh. I see. You are literally talking about Jessa getting into the bath with Hannah and blowing a snot rocket. Very mature.

Alas, that’s not really an example of Girard’s theory: the relationship between the model (Hannah) and the object (a bath) does not cause the subject (Jessa) to start wishing that she was smart or virtuous enough to draw her own bath. But leaving Quixotic impulses aside, if someone could impart to Jessa that she’d have an easier time of it if she embraced her entitled little rich girl act instead of trying to be more Bohemian-than-thou, society would be better for it.

For a better example of mimetic desire, consider  Ray’s fear that his “beautiful, cute, smart 22-year-old girlfriend”–with her own apartment and autonomous life outside of it–would eventually wake up and realize that he possessed none of her superior qualities, which ultimately leads to a publicly humiliating shift in his relationship’s power dynamic during dinner. That probably could have been avoided, but seeing as the audience and the characters learn simultaneously of Ray’s magical personality swap with, um, some guy who is the opposite of Ray (see question 5), it’s hard to think of how he could have “fixed” the situation. Except, you know, he could have not secretly moved in with Shoshanna. He’s old enough to know better. (Speaking of weird things we now know about Ray: why is he like a decade older than all his friends?)

If he actually cared about his relationship continuing, he needs to move out of Shosh’s place and  into Hannah’s spare room.  Or get his shit together and stop hanging around feckless twenty-somethings all together. Selfishly, we still enjoy Ray’s (usually) sardonic house style way too much to actually want to see him grow up.

2. Girls focuses far too often on what and how much Hannah eats, and yet in this episode she cooks and bakes for others. Does this indicate an attempt to modulate her selfish character, or is it simply her trying to shore up her remaining friendships when those closest to her have “double-crossed” her?

How can Hannah modulate a character trait she is unaware of? If anything, she thinks of herself as being the overly generous, selfless friend in the group. The show began with her throwing a dinner party for Jessa,  the second season opened with her having a karaoke party in honor of her new roommate…I don’t think serving limp Thai noodles and a bunt cake actually shows much effort on Hannah’s part. Which makes sense, because she only invited her Tier C friends.

However, this is a passive-aggressive dinner party–which is really quite evolved  for Hannah, as it shows that she took others’ feelings into account while planning it, if only to get as far as “I’m mad at Marnie, so I’ll invite Charlie and Audrey over.” Still, you can tell how little she values those two as friends, as she actually takes Marnie’s side when Charlie calls her a jerk. Though that really is all on Charlie, as even his best friend Ray points out how shitty he’s treating his current bitchy girlfriend.

Which…can we just pause here and admit that Charlie’s transformation from beaten puppy to pathetic jerk does not make him even a shade more compelling? I’d like to start a petition to get rid of his character if he’s going to keep being unbearable to watch. Which is not an indictment on Chris Abbott;  he was amazing on Enlightened last week. 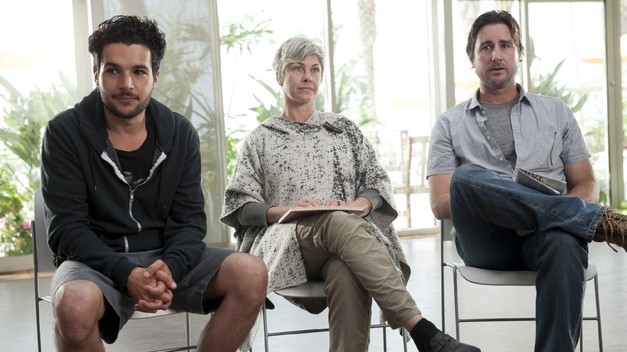 But at this point the show could only save Charlie in one of two ways: Either making him have a schizophrenic break resulting in Gotham’s new supervillain (The Bunt Cake Killer? Vagina Drier?), or reveal the reason he’s so bland and lackluster stems from his parents being, like, super famous.

3. What’s worse: Jessa being unwilling to lie to Thomas-John’s parents to preserve social decorum but spending months lying to him and to herself about the viability of their relationship, or Thomas John having no problem fictionalizing their life (e.g. inventing a graphic design career for her), but finally demanding the most basic truth in the form of cold, hard cash? Does either of them win the argument? (Bonus question: how would Joan Didion, aunt of Griffin Dunne, who plays T.J.’s father, characterize this fight?)

Jessa is the worst this episode. Yes, Thomas-John is also the worst in general, and maybe that’s the one thing that kept this relationship going as long as it did. We’ve all had that one, terrible romance that resembled nothing so much as an erotic regional theater production of Who’s Afraid of Virginia Woolf, right? But Jessa gets 1st place in hypocrisy  this episode for exactly the reason you mentioned. Why does she feel the need to suddenly take a stand when it comes to this guy’s WASPY parents…especially when the dad doesn’t really seem to give a shit how much heroin his daughter-in-law did? What is she trying to prove, and to whom?

Grow up, girl. You can rail against yuppies all you want, but if you marry one in a pop-up wedding, prepare to have less of a leg with a shitty tiger tattoo to stand on. At least with T.J., we got a glimpse of what he was like when not being a d-bag. Even if he was delusional about his marriage, we did see a more tender, loving side of him. (BOX OF PUPPIES!)

But with Jessa, it’s being-terrible business as usual. Her personality is just one long, emasculating, associate professor burn:

Bonus: Are we sure that T.J.’s dad wasn’t played by Dudley Moore? Either way, Didion would have a lot to say about her new family. Such as: “We tell ourselves stories in order to live”; or “Innocence ends when one is stripped of the delusion that one likes oneself.”

And of course she’ll weigh in on Jessa and Thomas-John’s annulment with a story of her own:

“That was the year, my twenty-eighth, when I was discovering that not all of the promises would be kept, that some things are in fact irrevocable and that it had counted after all, every evasion and every procrastination, every mistake, every word, all of it.”

5. Based on the fact that her reaction upon learning about butt plugs is to ask if Ray wanted to use one, and that upon understanding just how much of a loser he is, she confesses that she is falling in love, is Shoshanna an amazing girlfriend, or the world’s best girlfriend?

Whoa, really bro? That whole Shosh/Ray plot was not working for me this episode. First of all, since when is Ray this pathetic, homeless “loser”? Last season, he was the most adult character on Girls: he had a managerial–if menial–job, didn’t mooch off his folks (who were dead), and chided Charlie’s white whiny friends for being too solipsistic to write about real shit (like death). Ray of last season read British literature, played in a band, was up on current events, and could make a mean pot of opium tea to boot. Now all of a sudden we’re supposed to believe that he was leaching off a relative for free housing, can’t afford an apartment, and has no interests, hobbies or worldly possessions besides an autographed Andy Kaufman photo and a love of Ally McBeal? That he is, essentially, a less functional adult that anyone else on the show?

As for anyone who declares their love for the first time at the Bedford L on a weekend, they deserve whatever personal hell of a codependent relationship results from it. I was disappointed in both of those two this evening. I want these guys to take some time, go back to their respective houses/Mitsubishis, and think about what they’ve done. 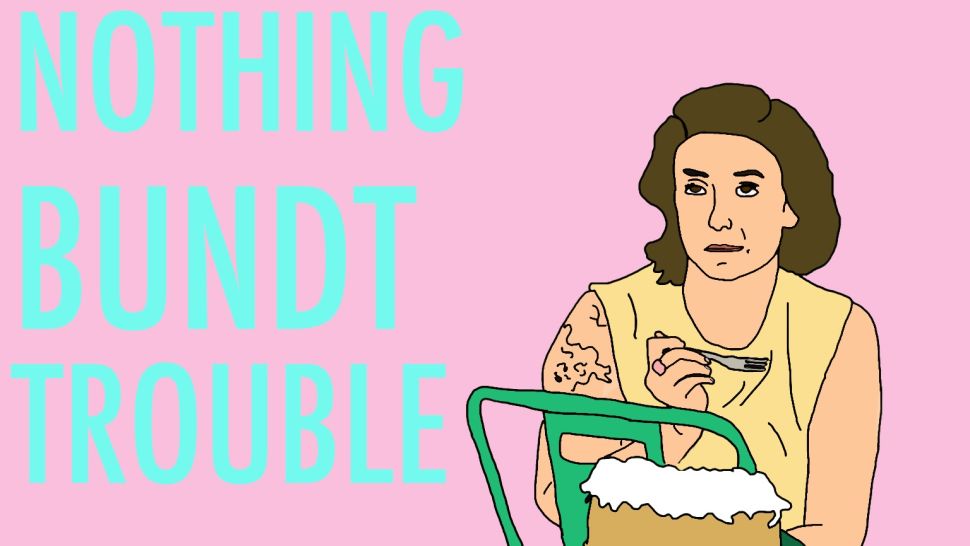