In an emailed response to the Booker Team trying to roust up donations for a 2014 Booker U.S. Senate candidacy, Newark Councilwoman Mildred Crump decried what she sees as Booker’s lack of decorum in pursuing cash on the day U.S. Sen. Frank Lautenberg (D-NJ) announced his decision not to run again in 2014.

“I was taught to respect my elders and while I am not perfect, it has been disgusting to watch how Cory Booker has disrespected the senator over the years,” Crump complained in an email obtained by PolitickerNJ.com. “Cory Booker should not even be considered to replace a ‘gentleman!’  I know he considers himself the ‘heir apparent’ to the Senator’s seat, but he does not have the last word. The people do.”

But their relationship gradually soured, especially after the 2010 race.

“He is well liked by people who do not know him, particularly in the suburbs and other parts of the country,” Crump said of the mayor. “I wish they could spend a little time in his presence to see how dismissive he is of the people of Newark and vicinity.  If only it was true what they say about him on prime time talk shows.  A ‘super’ Mayor he is not.”

Crump called into question a recent self-tweeted Booker story in which he saved a dog.

“He did not rescue a freezing dog because he accidentally stumbled upon this poor animal,” the councilwoman wrote. “He was called by a news reporter who stumbled upon the poor animal and called him. True to his character, he turned it into a media event for himself. His national image is carefully crafted by a public relations firm who are paid handsomely to keep him in the public’s eye. If not for his money, he would be an ordinary ‘Joe’.  Please, consider other candidates who care about the people and not just themselves.” 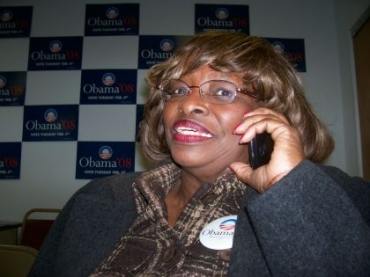