Steve Cook, one-time chief of staff to former state Sen. Peter Inverso, said today he is interested in running for the state Assembly alongside his former boss.

Cook, of Hamilton, said today if Inverso ultimately decides to run, he would be proud to run alongside him in the 14th District.

Cook, who serves as executive director of Mercer ARC, said he would like to bring the message of reform he championed during the scandal that brought down former Hamilton Mayor John Bencivengo to Trenton.

“I have never coveted an elected postion,” Cook said.  “But when I heard Senator Inverso was considering running I called him and said I am very motivated to be part of the campaign and to put this issue of reform out front.”

Cook said he would only consider the run if Inverso throws his hat in.

The former senator who held the district for 16 years has yet to formally announce a bid but told PolitickerNJ Friday he is considering it.

The 14th is represented in the Senate by Democrat Linda Greenstein and in the Assembly by Hamilton Democrats Wayne DeAngelo and Dan Benson.

Greenstein has already faced two tough candidates during her brief tenure in the Senate and said Monday she will approach this campaign the same way she has in the past.

“I am very proud of my record and I run on that record,” she said.  “The voters of the 14th have seen fit to bring me back even against tough candidates. I see (Inverso) as one in a long line of challengers. We’ve had some more difficult than others but we’ve been able to face the challenge each time and I know we would face the challenge this time.”

“Nobody has done more to address the issue of ethic reform in the New Jersey Legislature than Senator Peter Inverso,” Levesque said. “District 14 has a history of having Senators who have pushed for long needed ethics reforms in Trenton from Senator Inverso to Senator Baroni to Senator Goodwin. Steve Cook has worked for ethics reform side by side with the Senator as his Chief of Staff and then as an active member of the Citizens’ Campaign.” 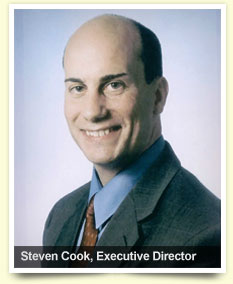