Given Geraldo Rivera’s announcement yesterday on his radio program, it’s impossible to make it through the week without considering him in match-ups with the GOP’s top U.S. Senate prospects.

Name ID versus name ID. This is the one that obviously inspires the most outrageous opportunity for contrast. Kean’s ancestors came over on the Mayflower, while Geraldo is the ultimate nouveau riche next door neighbor who parks his boat in your driveway then sues for damages when you accidentally back into it on your way to work in the morning. In a GOP primary, Kean would have his sturdy vote against gay marriage to throw to social conservatives as a way to blunt Geraldo’s “I’m okay, you’re okay” response to marriage equality.

Bramnick would have fun with this. You could picture his campaign leaking a video of the Assembly minority leader crouching in the sand, revealing Geraldo’s campaign strategy, complete with desert camouflage fatigues and x and o drawings. A political novice intent on bucking the entertainer tag, Geraldo could over-correct and end up looking like the stiff in the race alongside Bramnick’s loose and engaging alternative. Himself a social moderate, Bramnick would have to watch the undefined Rivera trying to move to Bramnick’s right on fiscal issues. But it’s hard to picture Bramnick ever getting worried.

Given his history, Geraldo would first of all have to exercise great restraint to keep from constantly complimenting Guadagno’s looks. In the old days, he couldn’t make it 30 seconds into an interview with some ex-wife of a rock star without letting her know that reporters – not rock stars – actually have all the fun. You can picture Geraldo’s Hail Mary pass: trailing badly in the polls with two weeks to go in the election, he holds a press conference alongside an equally aggrieved Carl Lewis.

This is the match-up most likely to turn into the infamous television talk show brawl resulting in someone throwing a chair onto the bridge of Geraldo’s nose. At the very least, if his explosive chamber performances are any indication, O’Toole would have to be careful of the debates becoming re-enactments of Geraldo’s greatest hits. Geraldo, of course, would try to tease GOP Primary voters with the promise of going into O’Toole’s vault. The only question here is which would happen first: O’Toole’s allusion to commies in Korea, or a deal cut to land the state senator a spot as the next Fox News personality.

Like Kean, Kyrillos would do his best to look dignified. Geraldo’s a Kyrillos constituent, so they’d start the race like gentlemen down at the boathouse with drinks and maybe the promise of adhering strictly to Marquis of Queensbury rules. But political neophyte Geraldo would quickly find a way under Kyrillos’s skin and it would turn into a real contest – in other words, the opposite of the 2012 general election.

Here’s the campaign: a shot of Rivera drawing a line in the sand and a simulated phone call of the reaction at the Pentagon, juxtaposed with a smiling picture of Doherty in Army blues on graduation day at West Point. Rivera would run around the state and Doherty would never have to leave Warren County.

The two would schedule a place to meet to talk about the upcoming campaign – Applebees. Geraldo would give a friendly, good natured speech over dinner about how they could run against each other and still be friends. Webber would listen in a very mannerly, Webber-like way. Then Rivera would find himself – in the immortal words of Peter McNeeley – wrapped in Webber’s “cocoon of horror.”

Fox News versus the old CNN. Dobbs used to surface with more regularity around U.S. Senate Primary time. We haven’t heard his name spoken with any urgency in the Christie era. But it’s tempting to picture Dobbs during the race having patriotic flashbacks to what it felt like for him to watch Rivera’s Iraq War embed meltdown from the TV studio of a rival network. Dobbs would no doubt summon a tone of smug moral outrage around his rival. It could work, but it might also give Geraldo the edge he needs to present himself as the only everyman in the race.

It’s probably safe to say this one won’t actually happen, but we’d love to cover it. 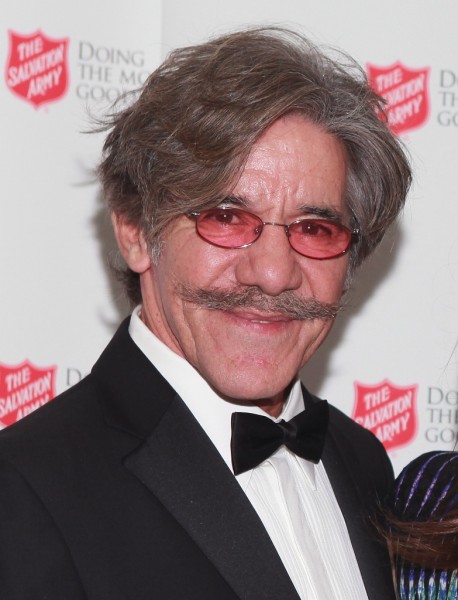