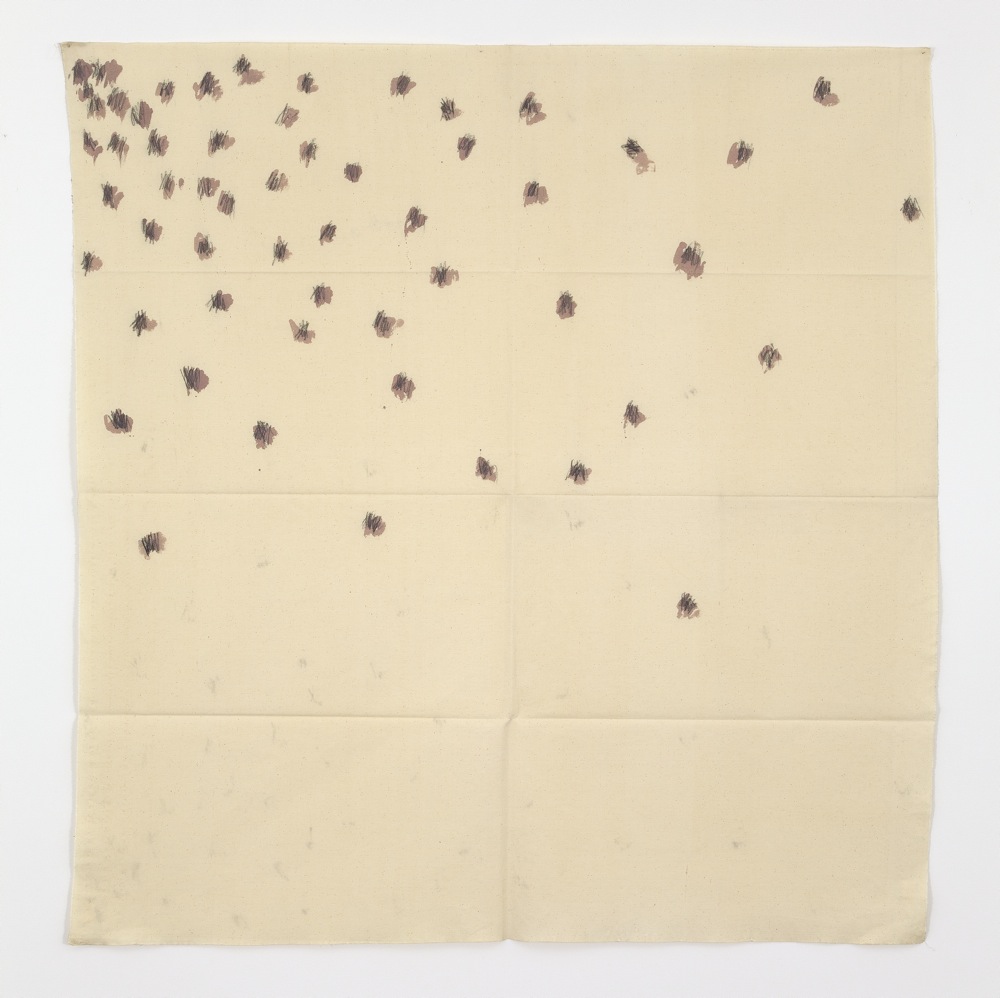 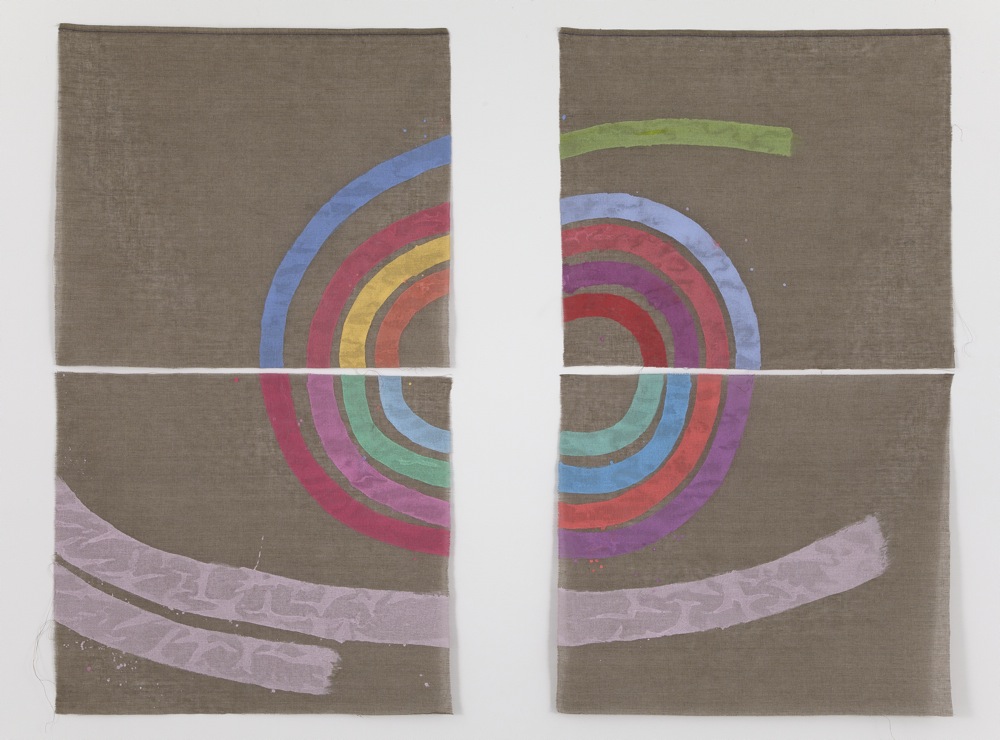 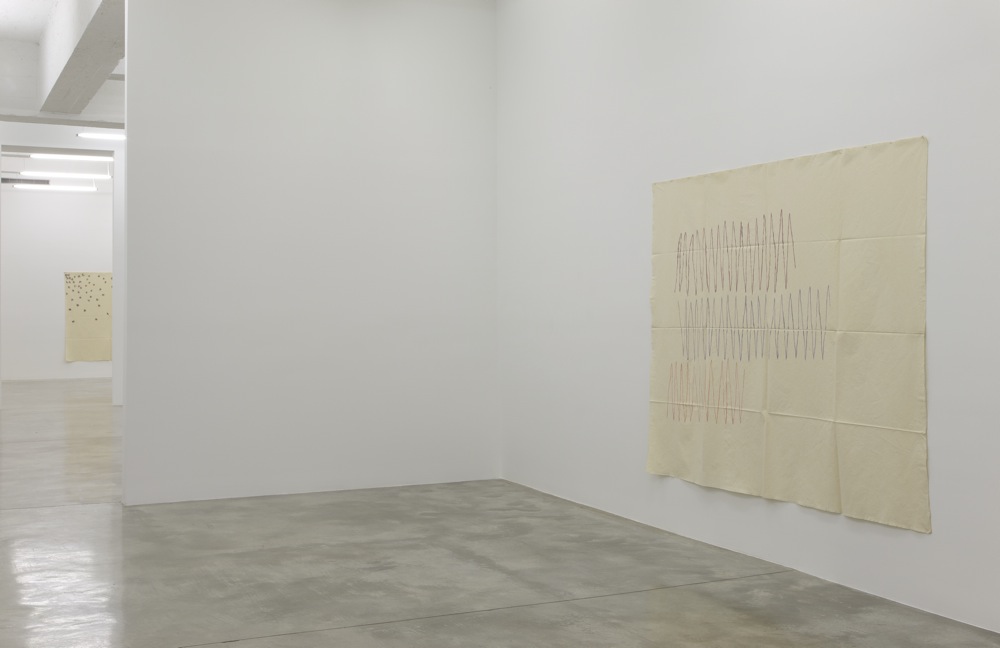 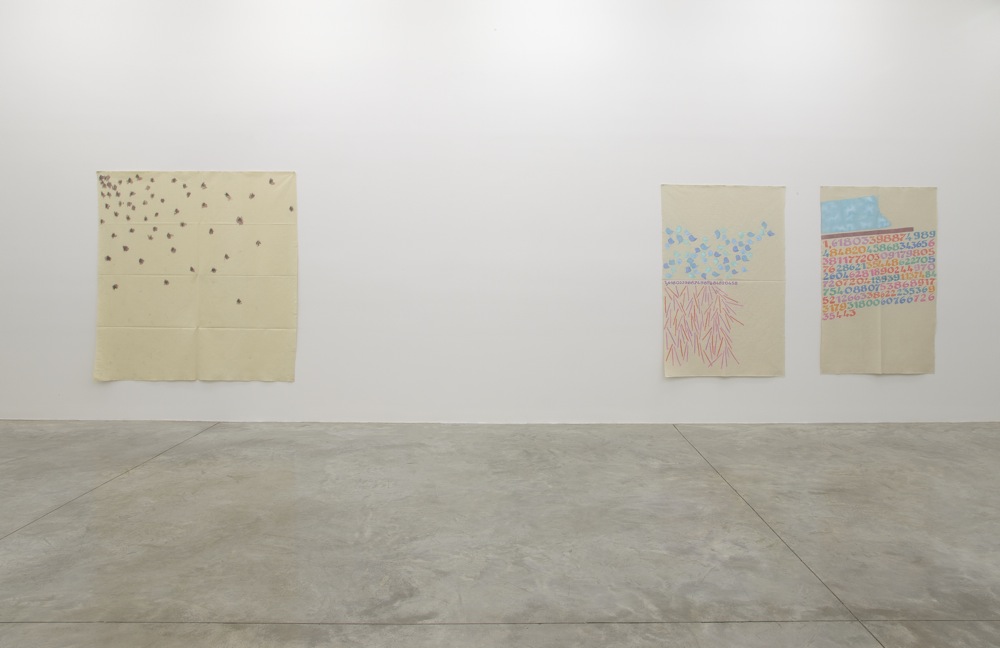 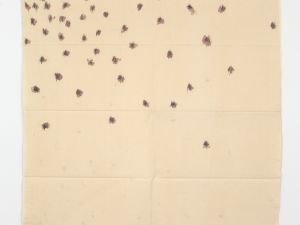 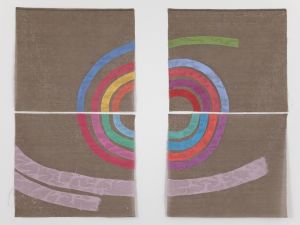 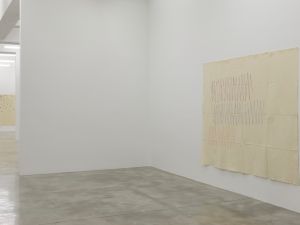 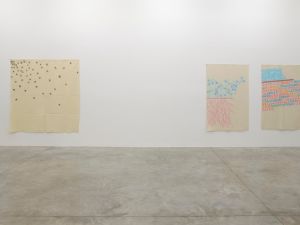 Giorgio Griffa’s first New York solo show since 1970 finds the Italian painter floating like a type A butterfly, weightless but confident, relaxed but making constant decisions with elegantly delicate, impossibly pretty colors across a neat 40 years of unstretched canvas and linen, from 1968’s Quasi dipinto to the 2008 Quasi Una Spirale. From Quasi to Quasi, Mr. Griffa maintains his focus on the act of painting to the exclusion not only of overt figuration and all the different symbolisms of abstraction, but even—in these 15 paintings—of shapes, planes, shading and texture. It’s the paradox of iconoclasm: a determination to engage with the concrete act of mark-making rather than with its abstract idea means dispensing with nearly all of its concrete particulars. Likewise, his almost ostentatiously minimal lines explode with figurative allusions. Linea spezzata (1970), for example, a roughly 70-by-90-inch piece of tan canvas evidently once folded into 16ths and still creased into a bald grid, bears three great pointy squiggles in brown, gray and orange. Starting on the left and moving gently upward, on the horizontal, to the right, they’re comic-book inchworms, signatures of an illiterate, grass or an almost precious dare: they could be any number of things.

Sometimes, as with sponge marks or fingerprints, the allusions are less than allusions, but often they’re more—allusions to signs like flags, musical staves or, in the transparent, undulating scales of 1984’s Festone, to a conventional drawing of a rainbow. In the 1990s, Mr. Griffa seized the sign directly, transcribing jaunty long strings of digits from the Golden Section. Ostensibly a tribute to the ratio’s eternal beauty, this is really a comic demonstration of our own inability to adequately portray any such beauty or truth: an irrational number, rendered as a decimal, must go on forever. (Through March 2)