Grossman identified the first leg of his south-north announcement – in front of Baba Jones Market in Atlantic City this morning – as the shadows of the new, “but financially troubled Revel Casino, which received roughly $400 million in state and local tax abatements and subsidies.” His second announcement, in front of the Mega Pizza Luncheonette in Newark this afternoon – overlooks “the financially troubled Red Bull Soccer Arena, which was built with roughly $40 million of money borrowed by local taxpayers.”

“Governor Christie’s Bailout Republicans are as bad as Big Union Democrats like former Governor Jon Corzine and Senate President Steve Sweeney”, Grossman said.   “They are smothering the New Jersey economy with high taxes and debt. …If Christie has a 70% approval rating, it means most voters know what he is saying, but don’t have a clue as to what he is doing.”

As part of his announcment, Grossman plans to invite others who are also fed up with “insiders” to step forward to form bracketed tickets to run for legislative offices.

Below is the full transcript of Grossman’s planned kickoff speech in Atlantic City:

It is time for conservatives to stop whining and complaining and instead learn how to play big league ball.

Let’s talk about how bad things are.   Every year, United Van Lines, the moving company, does a migration study to tell how many households it moves in and out of each state.

But you don’t need to read reports like this.   Just open your eyes and look around.   Look at the empty factories in Mays Landing and Millville.   The empty Lenox China factory in Egg Harbor Township.     Ocean Spray Cranberry is leaving.    Cars and trucks are no longer assembled in Edison or Linden.   The Miss America Pageant is gone.    Look at all the “for sale signs”.

And that doesn’t count the nickel and dime hidden taxes like the tire tax and all the hidden taxes that double our electric bills.  Our insurance bills are too high because we have a system of fee-shifting lawsuits that pay the lawyers far more money than their clients.

And by the way, because taxes are so high, and because most of the people who pay taxes are making a lot less money now than we did five years ago, it does not help to say that taxes will only go up two percent a year.

Basically, we have to figure out a way to cut taxes in half.      If that seems far-fetched, or not realistic, think of this:

4.      Now let’s look at the same section in the 2012 Lawyer’s Diary.    It starts on Page 296 and runs to Page 334,  a total of  38 pages—double what you had 25 years ago.     That’s 19 pages of brand new government agencies that never existed before.   That’s double the state spending for roughly the same amount of people, making less money than we made before.

5.      In 1990, Democrats doubled the state income tax from 3.5% to 7%.   The Republicans hollered and screamed and said they would roll it back.  But they never did.   Now is the time for Republicans to keep the promise we broke 20 years ago.

I know that Republican Governor Christie is saying he tried to cut taxes, but the Democrats wouldn’t let him.

1.       First, I want to cut state government back to where it was 25 years ago, because that was the last time taxes were affordable, and the economy boomed.

2.      Second, we have to get the state out of debt.   Five years ago, Jon Corzine understood the problem.    But his plans for 700% toll hikes were not the solution.    At that time, Corzine told us that the debt was $117 billion.   This included $32 billion of bonds,  $25 billion of unfunded pension debt, and $60 billion of unbudgeted free medical care for retirees.

4.      We need an honest audit to find out exactly how much that debt is.    But no matter what the final number is, we cannot let it crush the economy and break the backs of our kids and grandkids.   Sooner or later, we must do a Donald Trump and restructure that debt to pennies on the dollar.   That is what the government of Iceland did—and their economy is booming again.

5.      There are three legal doctrines to do that, and I would pursue all three.   They are Article 8, Section 2 of the New Jersey State Constitution.  General bankruptcy and insolvency laws.   And the Odious Debt Doctrine.

When we get rid of the debt and cut taxes in half, lots of other good things will happen.    When taxes are low for everybody, we will no longer need the special pay to play deals that make New Jersey government so complicated, corrupt, and inefficient.

We do that, people will start relying on themselves, not the government, to improve their lives and we can recover from this Depression the same way we recovdered from the last one.

Some of the most successful businesses in Atlantic City when I grew up were started during the Great Depression.  They included Kramer Beverage, Lew Tendler’s Restaurant, Tabers Toyland, Casel’s Supermarket, and the 500 Club. 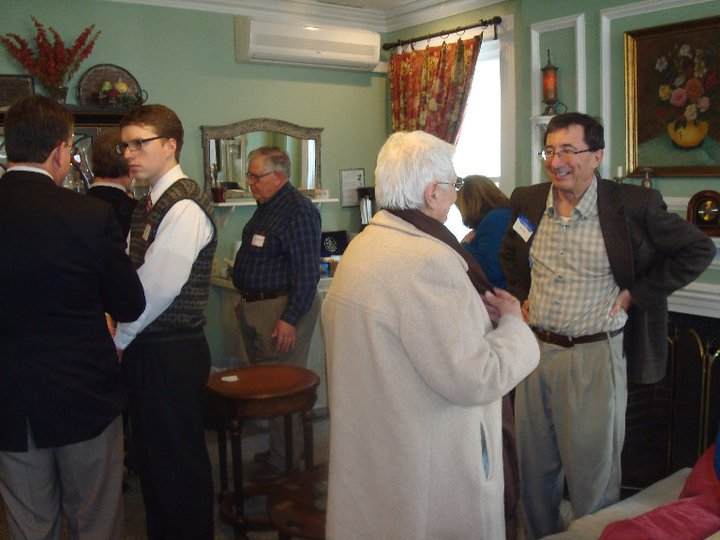