At one point during his 2009 Republican Primary run, movement conservative Bogota Mayor Steve Lonegan confessed to PolitickerNJ.com that he didn’t know why he was bothering to go after the support of county committees obviously pre-arranged to back Lonegan’s rival, Chris Christie.

Lonegan would show up to an event, give a speech, and then hear a gavel drop ordaining Christie – the former U.S. Attorney – as the party nominee for governor.

Now movement conservative Seth Grossman of Atlantic County – who kicked off his anti-establishment crusade today – faces the prospect of trying to land support among organizations pledged to the incumbent governor.

“I intend to go to as many people as I can,” Grossman told PolitickerNJ.com. “I’m going to request invitations to all 21 (county screenings). I will go to as many as I can, if not all.

“Obviously, I don’t expect to get the county lines,” added the former Atlantic County freeholder, “but I do expect to persuade individual delegates. Several people I know who are publicly supporting Christie have privately told me they’re supporting me. Chris Christie is popular among people who don’t know him. Many people are disappointed that in 2011 he didn’t pick up a single seat. The performance of Joe Kyrillos in last year’s U.S. Senate race was abominable. Christie has no coattails.”

“Obviously most people who would give me money at this point have less dedication to Seth Grossman and would rather take Chris Christie down a notch,” said the gubernatorial candidate. “I have talked to a number of people who were not too thrilled to see this governor arm in arm with Obama after Hurricane Sandy. I’m not sure whether that will translate into financial support, but we’ll see.”

As for Lonegan, now the New Jersey director of Americans for Prosperity, Grossman said he knows he won’t have the former gubernatorial candidate’s support in his own 2013 quest against Christie, although he still considers Lonegan a friend.

He realizes Lonegan represents a nationwide organization and “many people nationally believe Christie is a conservative,” said Grossman, a view of the governor that he rejects. 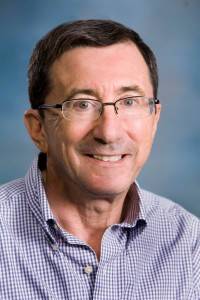