Gun rights advocates throughout the state are calling out the state Assembly for what they believe is a stampede to pass gun legislation in the wake of the Newtown school shooting tragedy.

The Assembly is set to hear a total of 24 gun control laws in the Law and Public Safety committee Wednesday, a number second amendment advocates say is unheard of.

“How do they think that they can give the public a fair hearing?,” Asked Frank Fiamingo, president of the New Jersey Second Amendment Society.  Fiamingo sponsored last week’s rally outside the statehouse that drew hundreds of protesters to the steps of the Statehouse. “They won’t even be able to read all 23 bills, let alone give the public a proper opportunity to give testimony. Their arrogance is as unprecedented as their introduction of an inordinate amount of bills to consider in one session.”

Other opponents of gun control echoed Fiamingo’s sentiment that the outcome of the bill’s is preordained regardless of the sentiments expressed at the hearing Wednesday.

“We think there are people trying to exploit a tragedy to further an agenda,” said Scott Bach, Executive Director of the New Jersey Association of Rifle and Pistol clubs.

But Assembly spokesman Tom Hester dismissed the complaints from the gun advocates, saying the number of bills is not unusual and all sides have plenty of time to become familiar with them before Wednesday’s hearing.

“There is nothing unusual about doing many bills in one day,” Hester said. “This is a comprehensive effort with plenty of time for everyone to read the bills. If that’s their complaint, then they must not have much to complain about the substance of these common sense bills.”

Law and Public Safety Committee member Sean Kean (R- 30), however, said hearing 24 bills on one day is not a normal committee day, nor is holding the hearing on a Wednesday.

“I don’t think it’s sound to have 24 bills on the agenda,” Kean said. “This is important stuff, controversial stuff.  These are in some cases polarizing issues and we should have a better opportunity to hear from interested parties including the gun opponents and proponents – all sides of the issue.  I don’t think this gives us that time.”

It is clear from the statements of Assembly leadership that the Newtown slaughter of 20 children and six adults has spurred lawmakers to action.  In statements announcing the package of bills, Speaker Sheila Oliver spoke forcefully about the need to stand up and act.

“Whether it’s the streets of our New Jersey communities, a movie theater in Colorado or an elementary school in Connecticut, enough is enough is enough,” said Assembly Speaker Sheila Oliver (D-24). “No more talk. It’s time for action. The Assembly will show real leadership and do everything it can to better protect New Jersey residents by advancing a common sense plan to combat this scourge of gun violence that has touched us all so deeply.”

One clue to the timing of the hearing may lie in Tuesday night’s State of the Union Address to be given by President Obama.  The president is expected to make gun control and violence prevention a central tenet of his speech, giving gun control advocates a solid platform from which to take on the powerful gun rights lobby. 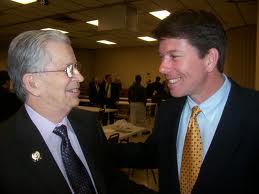